Hartford prepares for potential future without Jaidi; Independence look back on year of progress 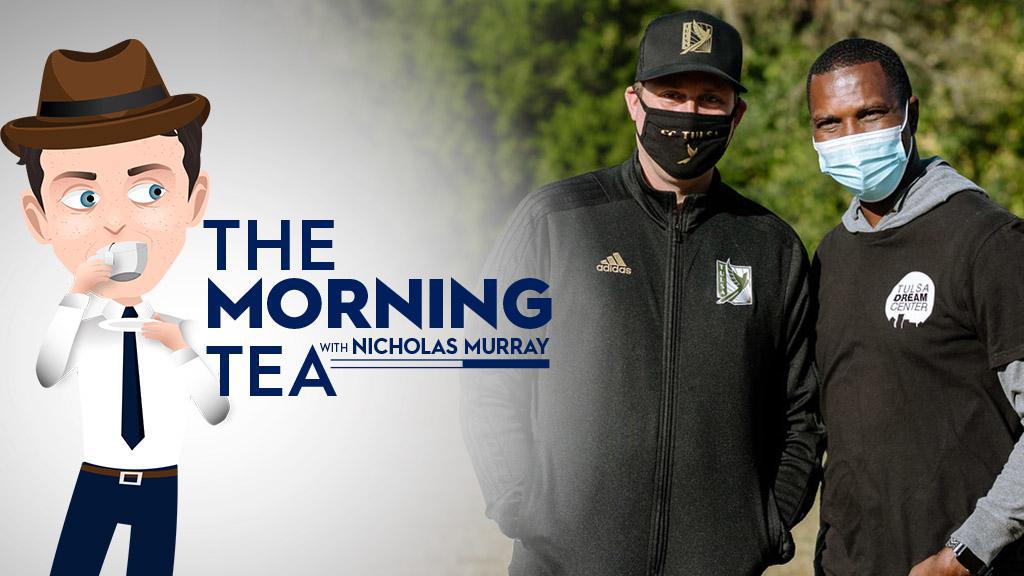 FC Tulsa’s 2020 season ended just over a week ago, but the club is already back at work to build on the success it has already achieved since the club’s rebrand last December. Here’s your Morning Tea for Wednesday.

When the Craft brothers – J.W., Ryan and Kyle – completed the purchase of what is now FC Tulsa last year, they were up-front about the ambition they had for the club.

“We are committed to significantly increasing the investment in this franchise and developing [FC Tulsa] into a team Tulsans can enjoy and be proud of for years to come,” said J.W. Craft in a statement at the time. “Ultimately our focus is on building a successful professional soccer club that represents the Tulsa community in an authentic way, is a perennial playoff team, and a team that will compete for championships.”

One year in, that commitment has shown on the field. Tulsa reached the playoffs for the second time in its history, finished tied for the fewest defeats in the regular season and was a penalty shootout away from claiming the club’s first playoff win before falling to El Paso Locomotive FC.

In recent weeks, though, the club made another notable commitment that will complement what FC Tulsa is building on the field. Club staff, coaches and players have worked at the Tulsa Dream Center, which serves underprivileged youth in North Tulsa in a new initiative designed to create greater access to the game.

From marking playing fields at the Center’s facility to working with community partners Mac’s Soccer Shack and Open Goaaal, both of which have donated equipment, to hosting a coach’s clinic for volunteers led by Head Coach Michael Nsien, the club has begun laying the foundation for youngsters to get the chance to play soccer for the first time.

This past Saturday, a large group of children got to enjoy the new additions to the Dream Center, with Tulsa players Bradley Bourgeois and Rodrigo Da Costa being joined by Anna Beffer from FC Tulsa’s broadcast team and members of the club staff to help introduce newcomers to the game.

To top it all off, the Craft brothers made a $15,000 donation to start the Tulsa Dream League, a youth soccer league that will be created for the children at the Dream Center. It is a move that figures to have a long-term payoff for the club, and the youngsters that will benefit from the new initiative.

“This is outstanding,” said Larry Harris, the recreation director at the Tulsa Dream Center. “This gives us the financial and physical means to start this soccer league. It lets us know that we can sustain it, and that it’s not just a one-year thing. Having FC Tulsa backing us, with the startup money, it means a lot. I appreciate FC Tulsa. I appreciate everything that’s going on.” 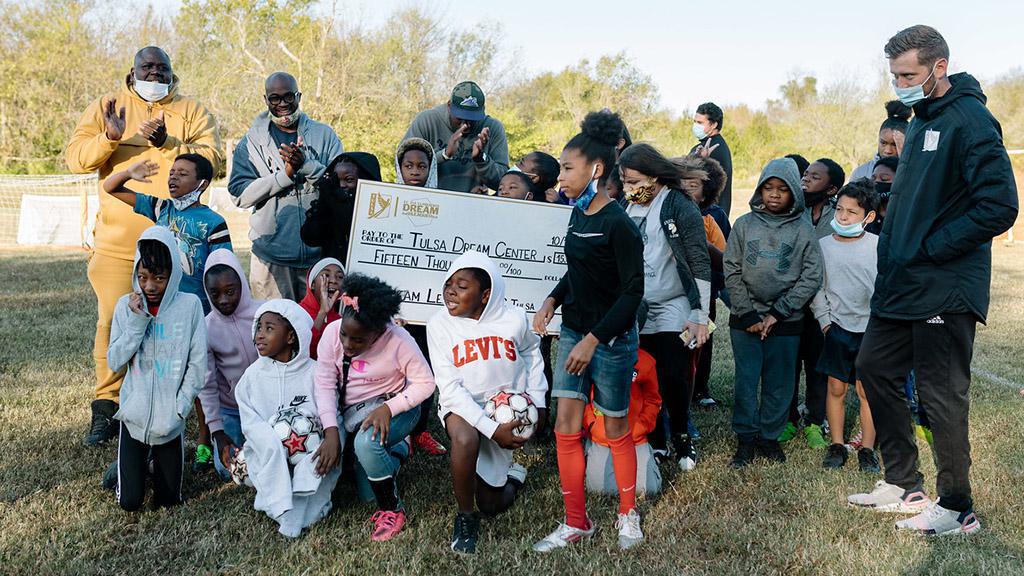 Through moves big and small, FC Tulsa’s profile is growing locally and nationally. On Tuesday, the club confirmed the Washington Post’s report that D.C. United had asked to speak with Nsien for its currently vacant Head Coach position. Tulsa President James Cannon said in a statement the club would like the Tulsa native to remain part of the organization for the foreseeable future.

“Success breeds opportunity, and Coach Nsien’s success in 2020 with our club speaks for itself,” said Cannon. “It’s no surprise that his role in the turnaround at FC Tulsa has been noticed by teams across the country.

“I want everyone at our club, from coaching staff and players to our front office, to get the opportunity to grow in their careers and reach their potential. Barring this sort of opportunity changing our 2021 plans, it is my intention that Coach Nsien will lead our club on the pitch for years to come.”

As challenging as 2020 has been, the vision that was laid out last year has started to become reality.

As a result, Tulsa’s future could hardly look brighter.

- Phoenix Rising FC formally requested on Tuesday to relinquish its hosting rights for the 2020 USL Championship Final and was supported in its decision by the USL. As a result, the 2020 Championship Final will be hosted by the winner of the Eastern Conference Final between Louisville City FC and the Tampa Bay Rowdies.

- Radhi Jaidi said his farewell to Hartford Athletic on Monday after a successful season as Head Coach, and the club’s attention has now moved to finding a potential successor should Jaidi not return for the 2021 season. “I think we’re certainly making plans and that Coach Jaidi may not be here next year, which I think would be a great thing,” Athletic owner Bruce Mandell told the New England Soccer Journal. “We’d be very fortunate if [Jaidi returns], but on the other hand that wasn’t the aim here. The goal was for us to establish ourselves, which we did, to make the playoffs, which we did, and for coach to get the experience.”

- Memphis 901 FC ended its 2020 campaign on a positive note under Interim Head Coach Ben Pirmann, who spoke with WMC’s Cassie Carlson about that and much more as the club looks ahead to the offseason. “We’ve really got to put our best foot forward going into the 2021 season,” said Pirmann, “learning from some mistakes and building off the positive moments.”

- The Charlotte Independence are still waiting to achieve their first postseason victory in club history, but 2020 was a year of progress for the club on and off the field as it reached the USL Championship Playoffs and saw its leadership and players find their voice in the community on social issues. The Charlotte Post’s Ashley Mahoney has more on an eventful year for the club as it prepares to move into Memorial Stadium in 2021.

- After two good seasons with Reno 1868 FC, Danny Musovski is breaking through in the top flight for Los Angeles FC and recently earned MLS Player of the Week honors after a two-goal performance against Seattle Sounders FC. The Las Vegas Review Journal’s Ron Kantowski caught up with the Nevada native to talk about his success under LAFC Head Coach Bob Bradley.

- After missing most of the season due to visa complications, Loudoun United FC’s Kairou Amoustapha found success after his arrival and is now training with D.C. United as he looks to build toward the 2021 season. “Well, if you really want something, it doesn’t matter what you have to adapt to, because you adapt to the players,” Amoustapha told Black & Red United’s Ryan Keefer through a translator. “It’s a big challenge for me and I’m still adapting.”