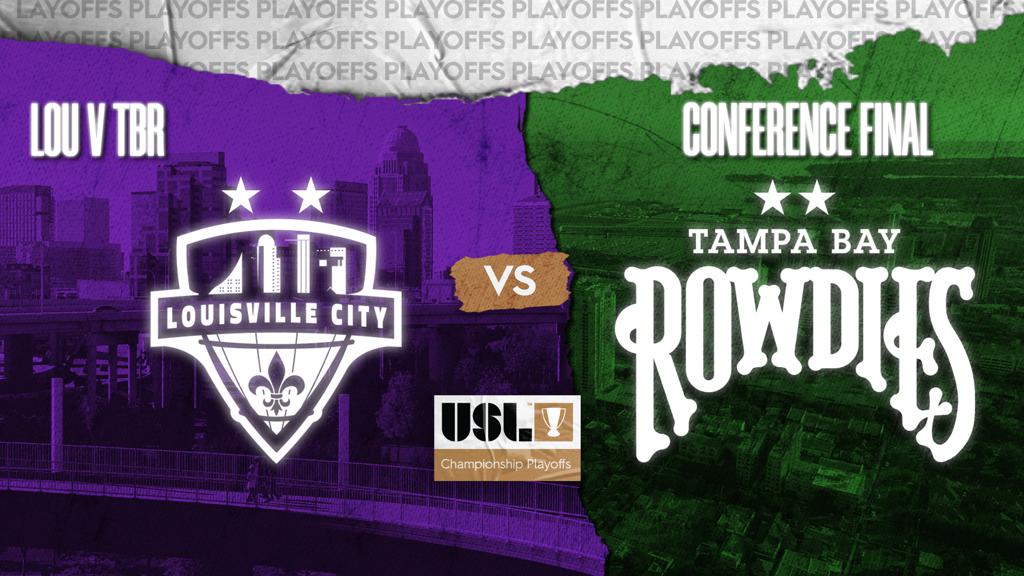 LOUISVILLE, Ky. – Louisville City FC will try to reach its fourth consecutive USL Championship Final when it plays host to the Tampa Bay Rowdies, who make their first trip to the Eastern Conference Final since joining the Championship for the 2017 season on Saturday night as they visit Lynn Family Stadium in the 2020 USL Championship Playoffs. Kickoff is scheduled for 7:30 p.m. ET.

@LouCityFC reached the Eastern Conference Final for a sixth consecutive season as it defeated Saint Louis FC this past Saturday night. Goalkeeper Ben Lundt tied a Championship Playoffs record with 10 saves in a 2-0 victory. Cameron Lancaster found the net for the hosts for a second consecutive postseason contest, and has scored seven goals in his past seven appearances overall with the lone game in which he failed to appear on the scoresheet since September 12 coming in LouCity’s 1-0 win away to Saint Louis on September 26. LouCity is the lone club in the Championship’s history to have reached the Championship Final on three occasions, and has won both of the prior editions of the Eastern Conference Final it has played host to, defeating the New York Red Bulls II in both 2017 and 2018.

The @TampaBayRowdies, meanwhile, have made their deepest run in the postseason since joining the Championship thanks in part to a pair of stellar substitute appearances by Lucky Mkosana. The Zimbabwean veteran has provided the game-winning goal off the bench in each of the Rowdies’ opening two playoff games, scoring the lone goal in Tampa Bay’s 1-0 win against the Charleston Battery last Saturday night at Al Lang Stadium. The Rowdies have not previously found success in their trips to Louisville, however, going 0-2-1 in the regular season and falling in the Eastern Conference Quarterfinals of the 2019 Championship Playoffs as a late goal by Sebastian Guenzatti proved only a consolation in a 2-1 defeat. Saturday will serve as the Rowdies’ first visit to Lynn Family Stadium, with the regionalized schedule of the 2020 regular season having meant LouCity and Tampa Bay did not square off this year.

78 – Louisville City FC’s Cameron Lancaster leads the Championship with 78 total shots in the 2020 season, an average of 4.3 per game, and is tied for the league-lead with 28 shots on goal.

44 – The Tampa Bay Rowdies have allowed only 44 shots on target in the 2020 season, the fewest in the Championship, at an average of 2.4 per game across their 18 outings in the regular season and playoffs.