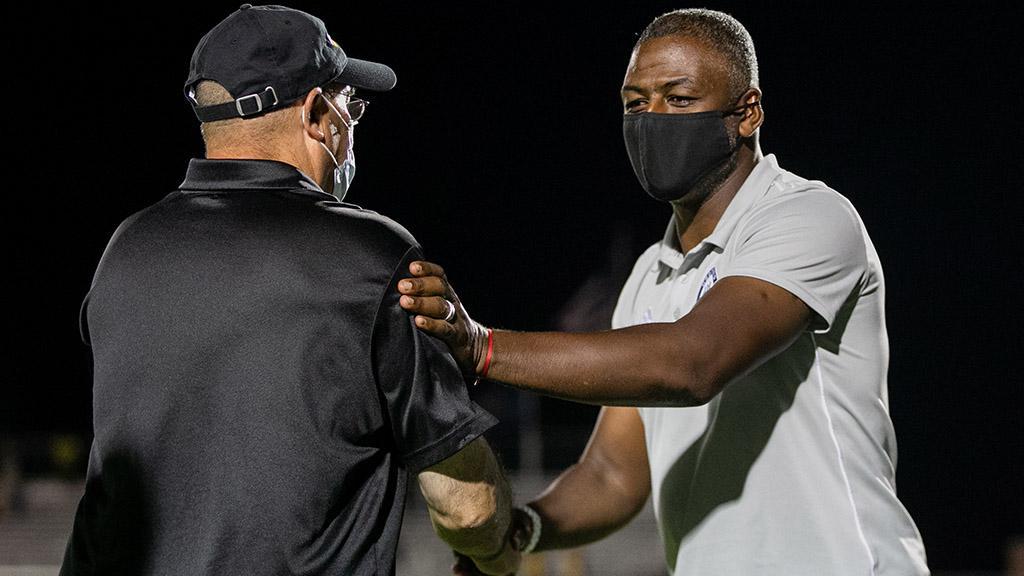 Hartford Athletic Head Coach Radhi Jaidi announced on Monday the conclusion of his time with the club after leading the Athletic to their first postseason appearance in the club's second season. | Photo courtesy Chris Cowger / Pittsburgh Riverhounds SC

HARTFORD, Conn. – Hartford Athletic Head Coach Radhi Jaidi made his departure from Hartford Athletic on Monday after a season in charge that had seen him lead the club to the 2020 USL Championship Playoffs and raise the club’s profile impressively.

“As you may know, my journey with Hartford Athletic had med its end last week after a brilliant season that saw the club reach the playoffs for the first time in its young but promising history,” Jaidi said in a statement posted to Twitter. “I couldn’t turn the page without bidding you farewell and especially, thanking you. In a year that was unusual to say the least, we all struggled through some hard times. I hope that our season was able to bring some much needed joy to your hearts and your lives.”

Jaidi paid tribute to the club’s ownership group, and both to the players that earned a first-place finish in Group F that allowed the club to host its first postseason game at Dillon Stadium and the fans that continued to make the Athletic’s home one of the more vibrant in the Championship in 2020.

“None of this would be possible if it wasn’t for the support of #FortressHartford at Dillon Stadium and beyond,” said Jaidi. “Our fans have given us the strength and courage to keep fighting even when times seemed their hardest.”

For their part, the Athletic haven’t closed the door entirely on Jaidi returning for another season with the club, but Hartford’s leadership is in discussions with other options that include the potential for another up-and-coming coach to lead the side in a similar fashion that Jaidi did in 2020.

“I think we’re certainly making plans and that Coach Jaidi may not be here next year, which I think would be a great thing,” Athletic owner Bruce Mandell told the New England Soccer Journal. “We’d be very fortunate if [Jaidi returns], but on the other hand that wasn’t the aim here. The goal was for us to establish ourselves, which we did, to make the playoffs, which we did, and for coach to get the experience. He will be a Premier League manager one day. That probably won’t be his next step, but I’m looking forward to him growing.

“Other top-level European clubs are reaching out to potentially do a similar deal like we did with Coach Jaidi,” Mandell added. “It’d be taking one of their top coaches and really provide them with an opportunity to coach a professional team. So, there’s a model there. We’re not locked into it. We’re open-minded.”