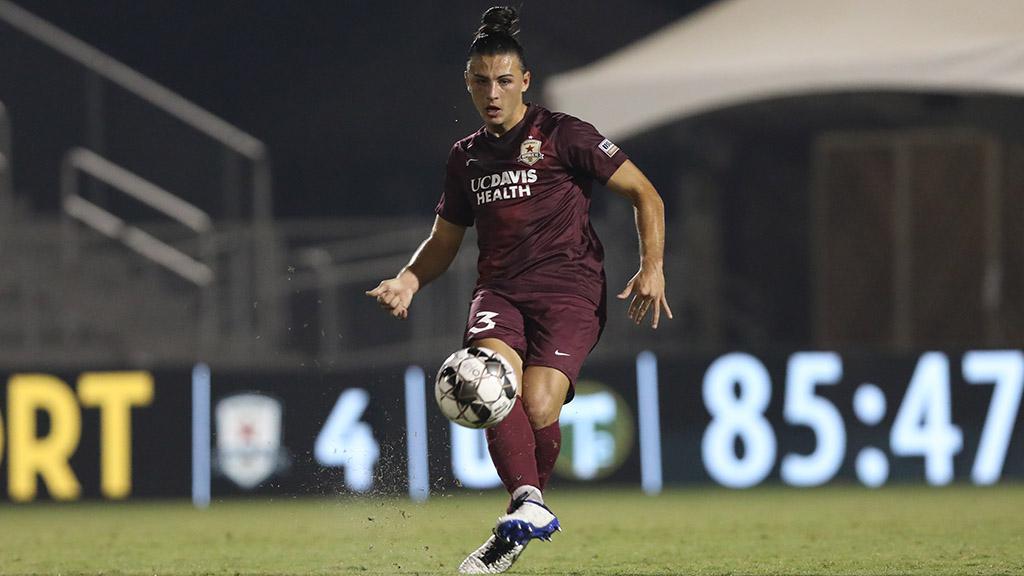 SACRAMENTO, Calif. – Sacramento Republic FC defender Hayden Sargis was one of the standout young players in the Championship’s 2020 season, finishing second on the team in minutes as he quickly adapted to the professional ranks after coming through the club’s Academy.

For Republic FC Head Coach Mark Briggs, however, it’s only the start for what may be a very bright future for the 18-year-old at the club that may one day include taking on the responsibilities of captain for the side.

“There are so many words being said about Hayden,” Briggs told the Sacramento Bee’s Cameron Salerno. “I think the most praise you can give him is that he is a future captain of this football club. The way he carries himself and the maturity he has on and off the field… the sky is the limit for Hayden.”

Sargis signed professional terms with Republic FC in February and was among the consistent presences in the starting lineup for the side this season in the heart of Sacramento’s defense. A Sacramento native, Sargis made 15 appearances overall including 14 starts as he ranked second only to fellow defender Jordan McCrary in minutes for the team, accumulating 1,246 minutes on the season.

That level of performance could garner Sargis opportunities at the international level as the United States U-20 National Team led by Head Coach Anthony Hudson looks to begin preparation for the next edition of the Concacaf U-20 Championship, scheduled to be hosted by Honduras.