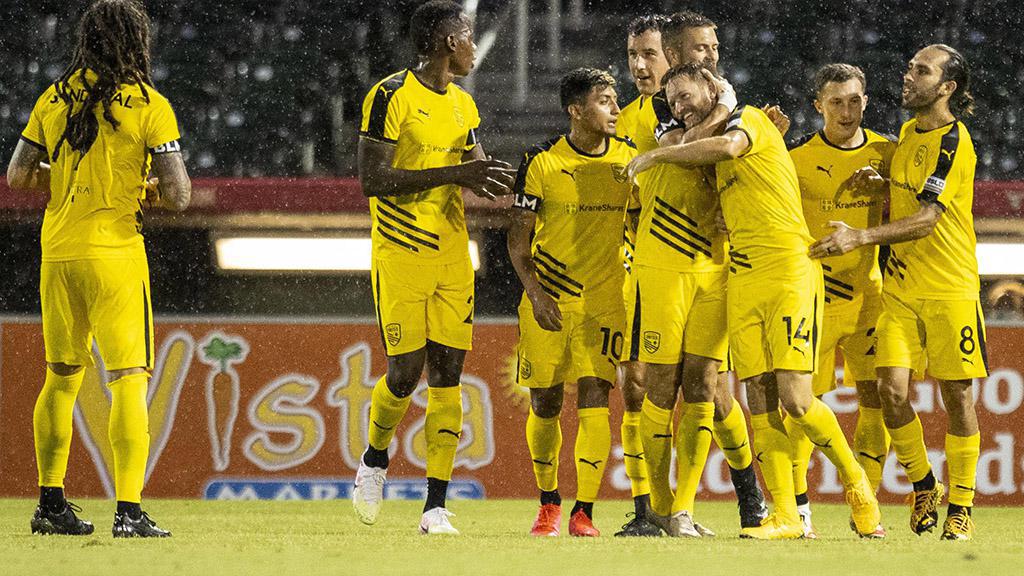 ALBUQUERQUE, N.M. – If there’s one piece of information that might sum up New Mexico United’s remarkable road to the Western Conference Semifinals of the 2020 USL Championship Playoffs, it might be this.

In the 15 games United has played since the season resumed in July, New Mexico has scored the opening goal in 14 of them.

New Mexico’s ability to gain the upper hand despite being on the road for all of its games throughout this summer and fall has been the foundation for a season that regardless of how it turns out this postseason will be one of the more remarkable in the Championship’s history.

It speaks to two things. First, the organizational skills of Head Coach Troy Lesesne and his staff, who have raised the level of consistency on the field despite the challenges brought by Year 2 of the club’s history. Second, the desire of the club to play from the front, assert itself early and make life difficult for every team that’s had to match its intensity from the opening whistle.

“In the beginning of the season when we had to play on the road for the foreseeable future, we just tried to narrow the scope of how many matches that would be,” Lesesne told The Athletic’s Jeff Rueter this week. “We just kept trying to chunk it up into different segments — let’s wrap our heads around two matches now in Salt Lake City, and that can be an advantage for us because you don’t have to make multiple trips back and forth.

“We’re just trying to frame everything in a positive fashion. I think it could have been Mission Impossible in the beginning, but it has been made possible by how our players have embraced it.” 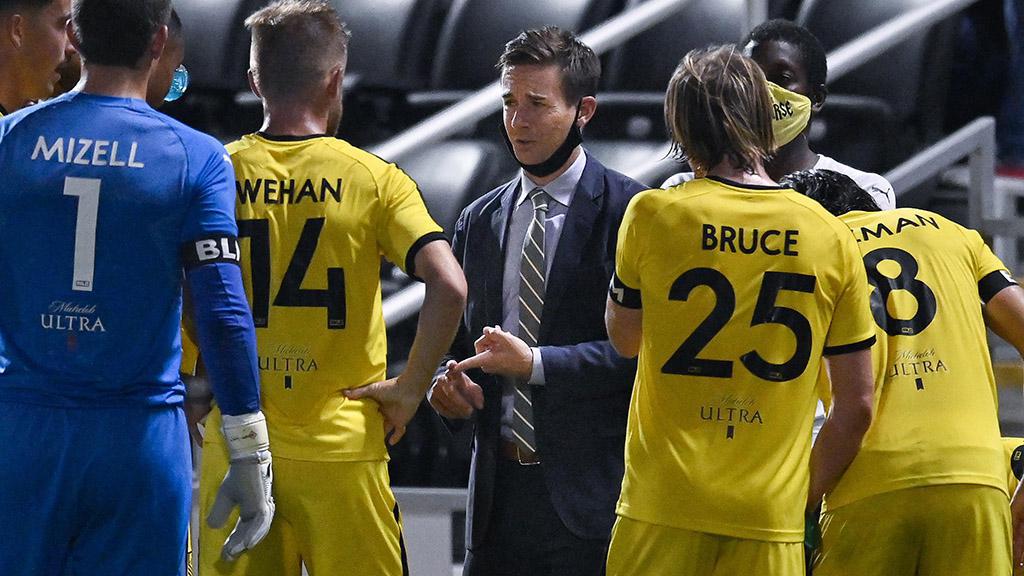 New Mexico United's Troy Lesesne has plotted a course with his staff that have allowed the club to thrive despite an arduous road to the Western Conference Semifinals of the 2020 USL Championship Playoffs. | Photo courtesy Darren Abate / San Antonio FC

Has it all gone smoothly? Of course not. Some of those leads quickly disappeared, such as in a 5-2 defeat to Phoenix Rising FC on August 8 that provided the first reality check on United’s progress. Another bump in the road – and maybe the toughest – came on September 19 when the club got to “host” 1,000 of its fans at Colorado Springs Switchbacks FC’s Weidner Field, only to see a first-half lead turn into a 2-1 defeat to the Switchbacks.

But after Chris Wehan’s extra time goal against San Antonio FC last Saturday night landed United its first playoff victory in club history, the road continues to stretch out before Lesesne’s squad. Up next, a fifth meeting of the season with fierce rival El Paso Locomotive FC, and everything that rivalry brings.

When the sides last met on September 26 it was El Paso that served as the instigator, recording seven of the first eight shots of the game and hitting the woodwork three times as it tried to give United a taste of its own medicine. That opening stanza, and how New Mexico tactically responds on Saturday night, should have everyone on the edge of their seat by the time kickoff rolls around at Southwest University Park.

“It was back and forth, and I expect more of the same this weekend,” Lesesne told local media this week. “I mean, [Devon Sandoval] was sitting by me on the plane on the way back [from San Antonio] and he said, ‘look this is the way we all want it, so let’s go settle the score.’

“Whoever wins the match is the team that should progress to the Western Conference Final.”