Lucky? No, Tampa Bay’s Bench Has Been a Cut Above 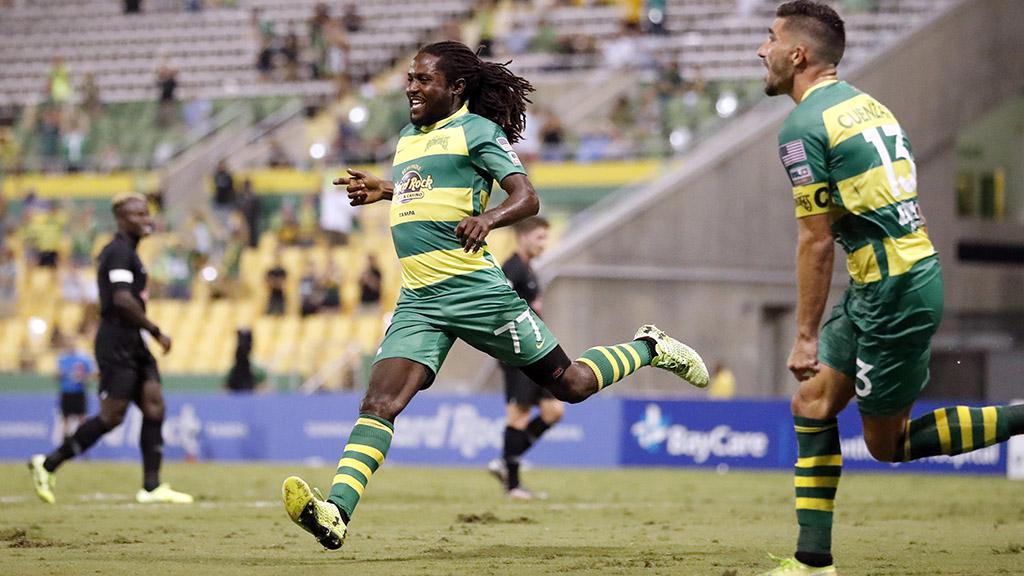 Lucky Mkosana has been a key contributor as a substitute for the Tampa Bay Rowdies since returning for a second stint at the club midway through the 2019 season. | Photo courtesy Matt May / Tampa Bay Rowdies

ST. PETERSBURG, Fla. – As they looked ahead to the 2020 Championship season, one of the Tampa Bay Rowdies’ goals was to find more production from the bench.

Ahead of the club’s first appearance in the Eastern Conference Semifinals of the USL Championship Playoffs since the 2017 season, you can count that as an accomplishment achieved.

The Rowdies will go into Saturday night’s clash with the Charleston Battery at Al Lang Stadium (7:30 p.m. ET | ESPN+) having recorded the most goals by players coming off the bench of any team in the Championship this season. After Lucky Mkosana and Leo Fernandes both struck after coming on against Birmingham Legion FC last weekend, substitutes have now recorded eight goals – or more than a quarter of the club's 29 total tallies – for the Rowdies after their introduction by Head Coach Neill Collins during games in 2020.

Tampa Bay’s eight goals are almost as many goals as the club scored overall via substitutes in a full 2019 season, when 10 of the club’s 62 overall goals came off the bench.

And with the changes to the season offering even greater flexibility with five substitutions instead of the conventional three as approved by the IFAB this summer, the Rowdies’ have made the most of the opportunities to use their depth over the course of the season. The club has averaged utiziling 4.38 out of 5 available substitutions per game since the season resumed in July as Collins and his staff have tried to maximize their potential impact on each contest.

“I think after the first couple of games we really got the hang of how to get the best [out of them],” Collins said in his weekly conference call on Thursday. “I think the conventional wisdom from past experiences of three subs and getting taken off early is almost a sign that you’ve not played well.

“Now it’s coming around for 55, 60, 65 [minutes], if you can give everything you’ve got then you’ve got fresh legs to come on knowing that you’ve still got four or three substitutes at that stage. It’s definitely a tactical thing that you can take advantage of.”

The Rowdies’ bench impact has been led by Mkosana, who has become the ace in the hole for Collins since he arrived in a trade with Louisville City FC on July 28, 2019. Since then, Mkosana has recorded seven goals off the bench for the Rowdies, most of any player in the Championship entering a game as a substitute since his arrival in Tampa Bay.

Overall, Rowdies substitutes have scored 15 goals in 36 games since Mkosana’s arrival, compared to three goals in 16 games previously in the 2019 season. It’s a clear indicator of the impact the Zimbabwean veteran has had in his second stint in Tampa Bay.

“We didn’t have it last year really until Lucky came in,” said Collins. “This year, we’ve definitely had that impact and I think we all know Lucky’s the king of the goals off the bench.”

The Rowdies aren’t the only team still standing in this season’s playoffs to have found regular success off the bench. Reno 1868 FC has recorded six goals via its substitutes this year, including three by Aidan Apodaca to lead the side. El Paso Locomotive FC and the Charleston Battery – who will square off with the Rowdies on Saturday – have each had substitutes record five goals as well.

Finding contributions off the bench isn’t the be-all and end-all to success, though. Louisville City FC has had only one substitute find the net this season via Jason Johnson’s late goal against Saint Louis FC on September 12 as the likes of Cameron Lancaster have led Louisville to 20 first-half goals out of the club's 30 overall this season.

For the Rowdies, however, the difference players like Mkosana and Malik Johnson (2G, 1A) have made off the bench have broadened Collins’ options and brought Tampa Bay one win away from its deepest playoff run since joining the Championship ahead of the 2017 season.

“People always like to think about the starting 11 and substitutes,” said Collins. “I think the goals we’ve had off the bench, it’s fantastic, and that contribution is just as important as the guys that start.”