THE MORNING TEA – El Paso, New Mexico Feud Has Made for Compelling Viewing

After elimination, what’s next for Hounds; NCFC season over, Perez aiming to return to Celtic 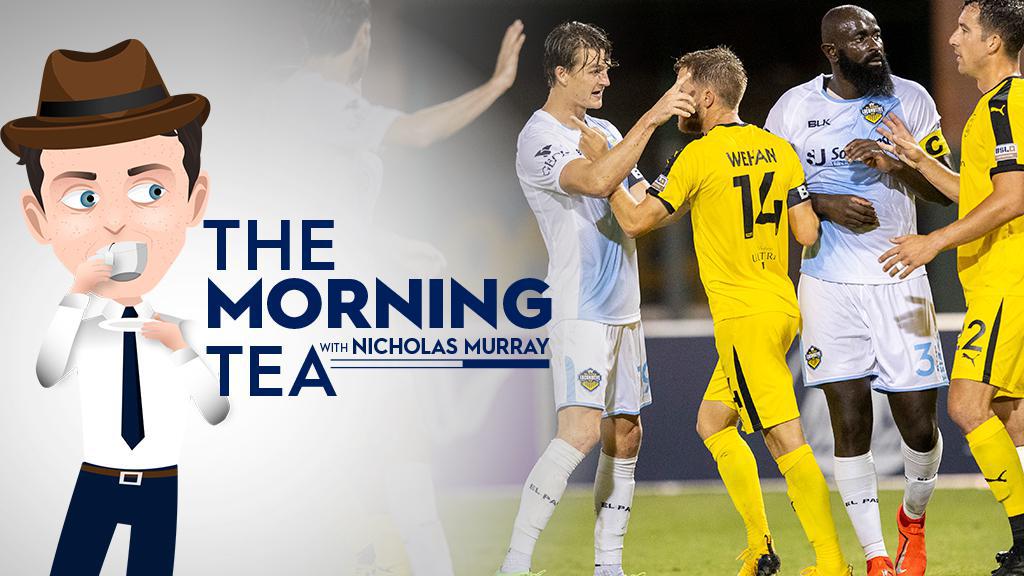 Three of the matchups in this Saturday's Conference Semifinals of the 2020 USL Championship Playoffs feature teams that qualified from the same group that will now square off once again. In one case, it’s bringing together two of the league’s most interesting recent arrivals. Here’s your Morning Tea for Wednesday.

El Paso Locomotive FC and New Mexico United didn’t get quite the on-field set up for their rivalry that some others have in recent years in the Championship.

Unlike Louisville City FC and Saint Louis FC, they didn’t get to square off in the opening game of each other’s histories in 2015.  Las Vegas Lights FC, meanwhile, welcomed Reno 1868 FC for the first game in the Silver State Cup rivalry in its inaugural home opener in 2018.

It took 10 weeks for the two teams to meet on the field, in fact, with May 12, 2019 marking the first meeting between the two clubs. It’s safe to say, though, that in the 18 months since the rivalry opened with a game that featured four goals and two red cards every meeting has been required viewing for both sets of fans and many neutrals around the country.

The games have been compelling viewing thanks to the styles and quality on the field that each team brings. Locomotive FC led the Western Conference in possession a season ago averaging 56.9 percent each game and wasn’t too far removed from that mark this year at 54.9 percent, looking to play incisive, passing soccer. New Mexico has looked to accomplish the same in its own way, pressing opponents and forcing turnovers to create danger in the attacking third while also looking to move quickly upfield when it does gain possession in its own half.

The rivalry, though, has been compelling thanks to the two sets of supporters who not only brought vibrant atmospheres to games throughout 2019 and when permitted this season, but who have made sure to keep at least half-an-eye on what the other club is up to when they’re not squaring off directly. That has sent the rivalry to a deeper level, one where every game is a referendum on where the balance of power currently lies.

“You don’t have to put a label on the game, like a semifinal or a final, for it to be a high-intensity, emotional game,” said Locomotive FC Head Coach Mark Lowry in a video posted to the club’s Twitter account on Tuesday. “They always are. The game against them are always different to any other team because it’s a rivalry game. The games can be a little hectic, a little chaotic.”

Locomotive FC and United will square off officially for the seventh time in their history and fifth time this season on Saturday night in the Western Conference Semifinals of the 2020 USL Championship Playoffs. Due to health protocols in New Mexico, the previous four have been played at El Paso’s Southwest University Park. United claimed first blood with a 2-1 win in July as Chris Wehan and Devon Sandoval struck, while Locomotive gained revenge with its first win in the series with a 3-2 victory on September 5 when Dylan Mares scored the winner in the 88th minute.

With the other two meetings ending all square, it means not only are bragging rights for this season are on the line on Saturday, but also which side will still have a chance at its first league silverware.

“We know each other well and this is the way we want it,” said New Mexico Head Coach Troy Lesesne to KRQE’s Jared Chester on Monday. “If you are going to progress to lift the trophy this year then you have to go through very good teams, and El Paso certainly is one of the best teams in the league.”

- Pittsburgh Riverhounds SC has never achieved the winning consistency on the field in its history that it has the past three years under Head Coach Bob Lilley, but it’s not yet led to postseason success. After Saturday’s loss in Louisville, Pittsburgh Soccer Now’s Mark Asher Goodman looks at where the side came up short, and where it might be headed next.

- Louisville City FC advanced past the Hounds last Saturday night but could have made life a little easier on itself if it had been more clinical in the final third last Saturday night. The Louisville Courier-Journal’s Jonathan Saxon has more on that, and how the club’s defense has picked up the slack during its current winning streak.

- Another Championship player is heading on loan to a club in Major League Soccer for the remainder of the 2020 season with Memphis 901 FC’s Mark Segbers joining Los Angeles FC on Tuesday. LAFC has been hit by injuries in recent weeks, and Segbers’ experience over the past three seasons at Orange County SC, Sporting Kansas City II and 901 FC should add depth to Head Coach Bob Bradley’s defensive corps.

- With North Carolina FC’s season over, Manny Perez is hopeful of linking up with Celtic FC following his second loan stint at his hometown club in the past two seasons. “If I can get my [work] permit to go through, we can just move forward from there,” Perez told the Scottish Sun. “My agent and I are trying to sort things out, and have been in constant communication with the club. Hopefully we’ll be able to work it out soon.”

- Ian Reis might be a name for Sacramento Republic FC fans to keep an eye out for in the future after the 17-year-old signed an academy contract with the club’s U-19 MLS NEXT Academy program after coming through Napa United’s program. “Under the guidance of Gavin Taylor and Napa United, Ian has built the right foundation and mindset to be successful not only on the field, but in life,” Republic Academy Director Dennis Sanchez said. “Through our club’s relationship, we have been able to work exclusively with Ian and in collaboration, place his best interest first. Sacramento Republic FC is excited to welcome Ian Reis into our Academy family.”