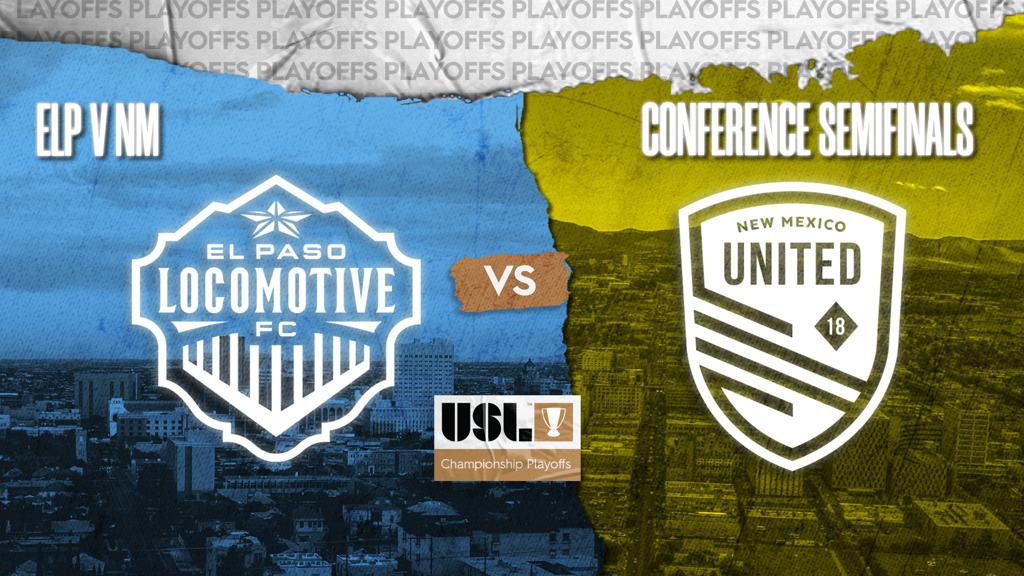 EL PASO, Texas – El Paso Locomotive FC and New Mexico United will renew their heated rivalry in the Western Conference Semifinals of the 2020 USL Championship Playoffs on Saturday night at Southwest University Park after both coming through narrow victories in their postseason openers last weekend. Kickoff is scheduled for 9:30 p.m. ET.

Looking to at least repeat its run to the Western Conference Final in its inaugural season, @EPLocomotiveFC was taken to a penalty shootout by FC Tulsa before prevailing 4-2 as goalkeeper Logan Ketterer made a key save in the third round and all four Locomotive FC shooters found the net. The game had ended in a 2-2 draw after extra time as Leandro Carrijo scored his first two goals in Locomotive FC colors, including an equalizer with eight minutes to go in regulation. Arguably the biggest attacking threat for El Paso over the game, however, was Josue Aaron Gomez, who hit the woodwork twice and had five shots on target all turned away by Tulsa goalkeeper Sean Lewis.

That attacking endeavor will be challenged by a @NewMexicoUTD defense that has shown far greater solidity than in its inaugural season. United recorded its seventh shutout of the season as it took a 1-0 victory against San Antonio FC at Toyota Field for its first playoff victory in club history in the Conference Quarterfinals as Chris Wehan scored the winner in extra time for the visitors. New Mexico will be hoping its high-pressure system can disrupt El Paso’s passing style as it did when it took a 2-1 victory earlier this season as Wehan and Devon Sandoval found the net on July 24. As its long road to a potential title continues, though, United is riding a three-game shutout streak that could be the overall key to potential success.

11 – El Paso Locomotive FC has hit the post or the crossbar 11 times in the 2020 season, most in the Championship and three more than its nearest rival.