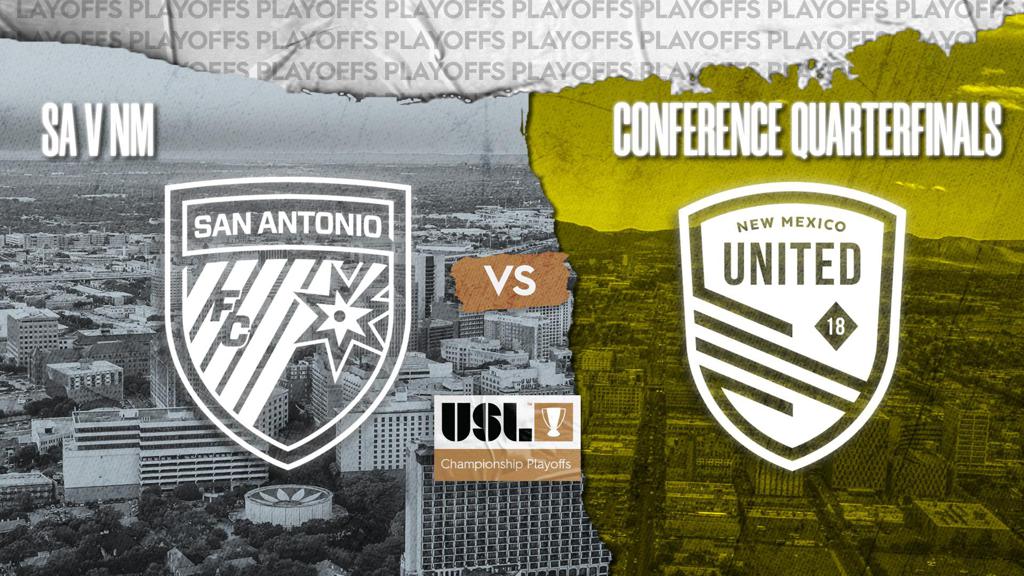 SAN ANTONIO – San Antonio FC will play host to New Mexico United on Saturday night in the Western Conference Quarterfinals of the 2020 USL Championship Playoffs at Toyota Field as SAFC makes its postseason return against a well-traveled United squad. Kickoff is scheduled for 9 p.m. ET.

Back in the postseason for the first time since 2017, @SanAntonioFC’s revamped squad proved one of the most entertaining in the Championship for much of the season under new Head Coach Alen Marcina. The addition of veteran forward Luis Solignac – previously of Chicago Fire FC – and the continued development of 2019 Championship Young Player of the Year Cristian Parano and Academy product Jose Gallegos saw San Antonio record 30 goals in the regular season. SAFC will be looking to reset as it enters the playoffs, however, as late downturn in the regular season saw the side lose its last two games and fall into third place overall in the West.

@NewMexicoUTD, meanwhile, earned its second consecutive trip to the playoffs in remarkable circumstances as due to local health regulations the side was forced to play every game of the regular season on the road. United’s revamped squad rose to the challenge, however, as it finished with a record above .500 with eight wins in 15 outings. Bolstered by the arrival of Amando Moreno in attack to join returning standouts in forward Devon Sandoval and playmaker Chris Wehan, United’s attack has remained solid, but its main improvement has been defensively where the side conceded only 1.1 goals per game in 2020 after allowing 1.7 goals per game in 2019.

40 – San Antonio’s Jose Gallegos completed 40 dribbles in the regular season, tied for second in the Championship.

143 – New Mexico recorded 143 shots overall in the regular season, second-fewest in the league, but finished tied for seventh in shot conversion rate at 19 percent.