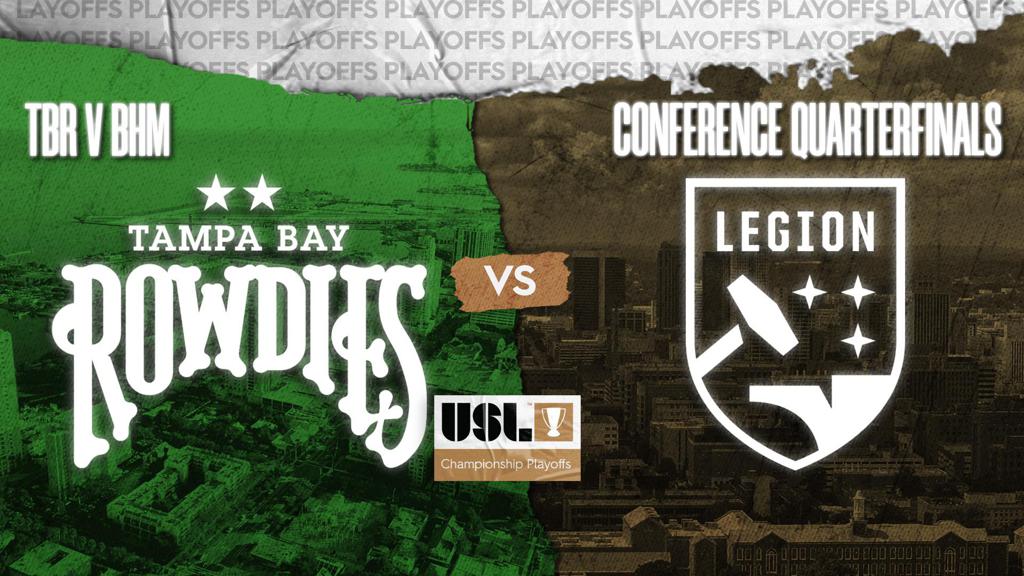 ST. PETERSBURG, Fla. – The Tampa Bay Rowdies and Birmingham Legion FC will meet for the second time this season as they square off at Al Lang Stadium on Saturday night in the Eastern Conference Quarterfinals of the 2020 USL Championship Playoffs. Kickoff is scheduled for 7:30 p.m. ET.

The @TampaBayRowdies make their third postseason appearance in four seasons since joining the Championship with a chance to make their deepest postseason run since the 2017 season. Tampa Bay rode one of the best defenses in the Championship and an attack that came up regularly with timely goals to finish on top of Group H as captain Sebastian Guenzatti had a second consecutive strong campaign. The club’s retooled defense was the main story of the season for Tampa Bay, however, with Evan Louro recording seven shutouts and a 0.69 goals-against average with the regular back line of Jordan Scarlett, Forrest Lasso and Aaron Guillen also starring in their first seasons at the club.

That group will be faced by a @bhmlegion attack that had some ups and downs over the season but that still includes plenty of firepower as the club returns for its second postseason in as many campaigns. Let by Neco Brett’s nine goals and another seven from rookie Bruno Lapa, Legion FC registered 29 tallies in its 16 regular-season contests, third-most in the Eastern Conference. Birmingham arrives in the playoffs looking to regain its form from earlier in the year, however, having won only once in its last six games in the regular season.

85 – Rowdies defender Forrest Lasso finished tied for the league-lead with 85 clearances in the regular season.

22.8 – Birmingham Legion FC had a shot conversion rate of 22.8 percent in the regular season, third-best in the Championship.