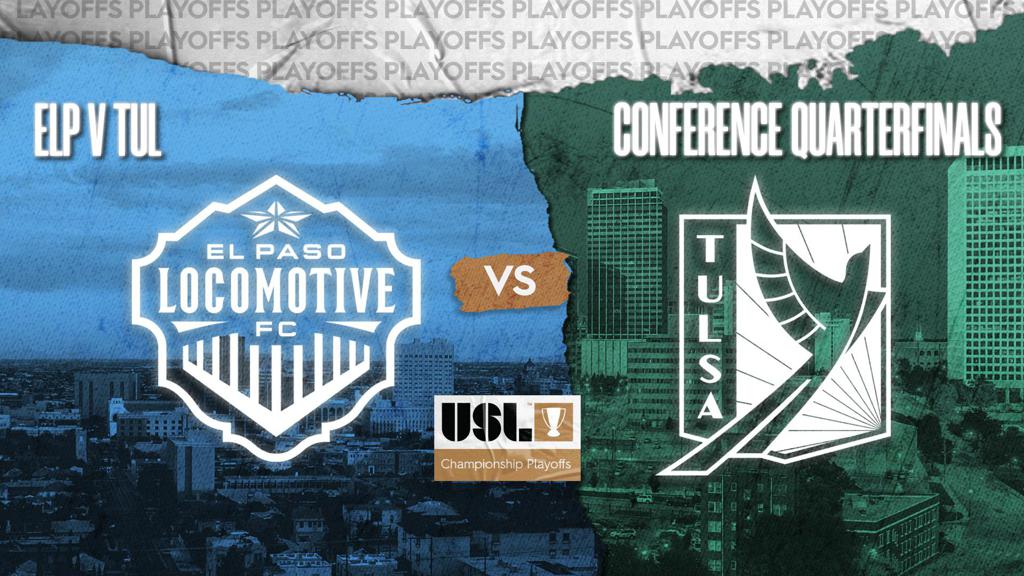 EL PASO, Texas – El Paso Locomotive FC will play host to FC Tulsa on Saturday night in the Western Conference Quarterfinals of the 2020 USL Championship Playoffs at Southwest University Park as both clubs look to continue their strong conclusions to the regular season to start the playoffs. Kickoff is scheduled for 9:30 p.m. ET.

@EPLocomotiveFC enters on an 11-game undefeated streak that allowed it to clinch first place in Group C and a second consecutive trip to the postseason. The side was among the best defensive squads in the Championship during the regular season as goalkeeper Logan Ketterer led the league with eight shutouts, including five in a row to end the regular season. El Paso has not trailed in a contest since September 5 against New Mexico United, and lost only once at home in 10 outings going 7-1-2 in the regular season. After reaching the Western Conference Final a season ago, Head Coach Mark Lowry’s side is looking to go at least one better this postseason.

@FCTulsa, meanwhile, is making its second trip to the playoffs in club history and its first since the 2017 season. In its first season under the ownership of the Craft family – which saw the club undergo a transformation off the field with a new name, crest and colors – the new arrivals to the squad have helped make Tulsa one of the tougher sides to defeat in the league. Tulsa suffered only two defeats in the regular season – matching El Paso – and reeled off a three-game winning streak to end the campaign to finish second in Group D ahead of Austin Bold FC. The club will now take aim at claiming its first postseason victory.

21 – FC Tulsa’s 21 goals in the regular season were the fewest by any side to reach this year’s postseason.