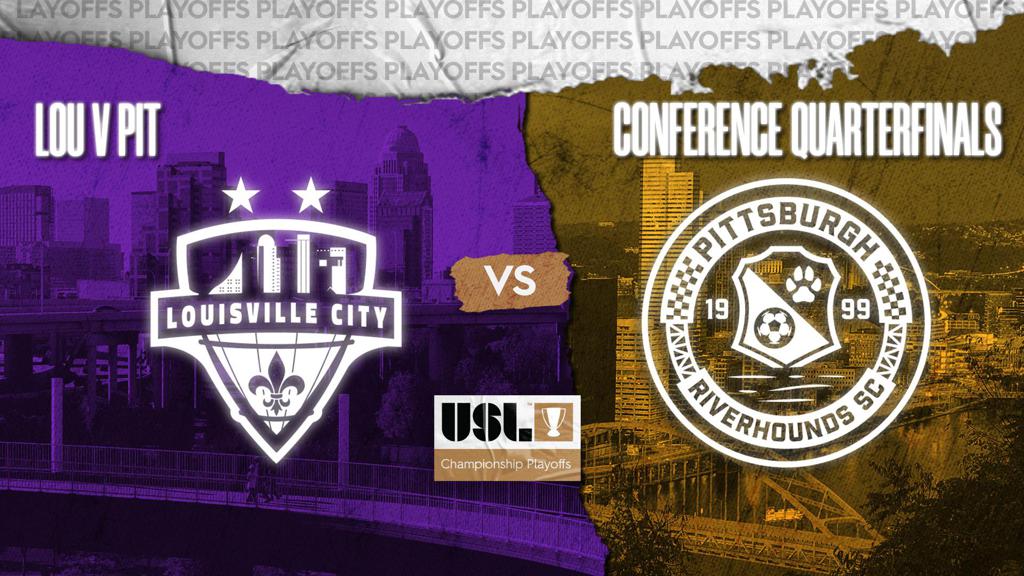 The three-time defending Eastern Conference title-holder, @LouCityFC had to rally for victory last postseason at Highmark Stadium in the Eastern Conference Semifinals as a goal by Paolo DelPiccolo in the 118th minute gave the visitors a 2-1 win. This season, LouCity resumed the season slowly in July but found top gear in the month of September to end the regular season with six consecutive victories. That matches the club’s pre-postseason form in 2018 when it claimed its second USL Championship Final victory.

@RiverhoundsSC, though, was one of the sides that caused LouCity’s stumble back out of the blocks three months ago as it took a 3-1 victory as the first visiting side to Lynn Family Stadium on July 12. The Hounds have to travel to Louisville to open their third consecutive postseason trip, however, after a defeat in the penultimate weekend of the regular season opened the door for Hartford Athletic to finish on top of Group F and leave Pittsburgh in second place. With a solid defense and balanced attack, Pittsburgh will be hoping to emulate its performance earlier this season in what stands as maybe the marquee game of the opening weekend this postseason.

Watch the action this Saturday on ESPN+!
Visit Playoffs Central for all things USL Championship Playoffs!

421 – Louisville City FC registered 421 touches in the opposition penalty area during the regular season, the most of any team in the Eastern Conference.

10 – Pittsburgh Riverhounds SC conceded only 10 goals in the regular season, the fewest in the Championship, as goalkeepers Tomas Gomez and Danny Vitiello combined for eight shutouts.