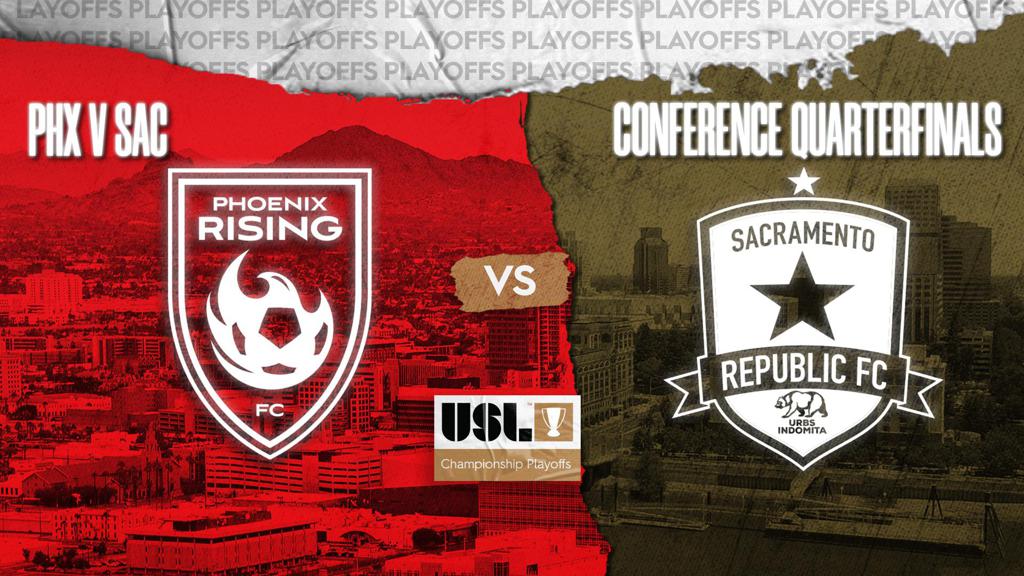 PHOENIX – Phoenix Rising FC and Sacramento Republic FC will meet in the USL Championship Playoffs for the first time on Saturday night as they square off in the Western Conference Quarterfinals at Casino Arizona Field. Kickoff is scheduled for 10:30 p.m. ET.

@PHXRisingFC returns for its fourth consecutive playoffs hoping to claim the title that has so far proven elusive. After reaching the Championship Final in 2018, Phoenix was eliminated last season in the Conference Semifinals by Real Monarchs SLC to bring its bid for the title to an end after a record-setting regular season. Phoenix has continued to be among the leading clubs in the Championship this season and is rated co-favorite alongside Louisville City FC to lift the trophy this year. After winning eight of nine games at home season, Phoenix will look to maintain that form as it welcomes Republic FC to town.

@SacRepublicFC, on the other hand, enters its seventh consecutive postseason looking to recapture the magic of its inaugural season when it lifted the trophy at the 2014 Championship Final. Sacramento proved one of the more difficult teams to beat in the Championship this season, losing only twice, but its six draws left it behind Reno 1868 FC in the Group A standings. In its first season under new Head Coach Mark Briggs, though, Sacramento has talent and depth that when at its best has been impressive to watch. With a 3-3-1 record against Phoenix on the road all-time, Republic FC will try to pull an upset in the Conference Quarterfinals for a second consecutive year.

Watch the action this Saturday on ESPN+!

107 – Sacramento Republic FC notched 107 successful crosses and corner kicks in the regular season, the most of any team in the Championship at a success rate of 29.5 percent.