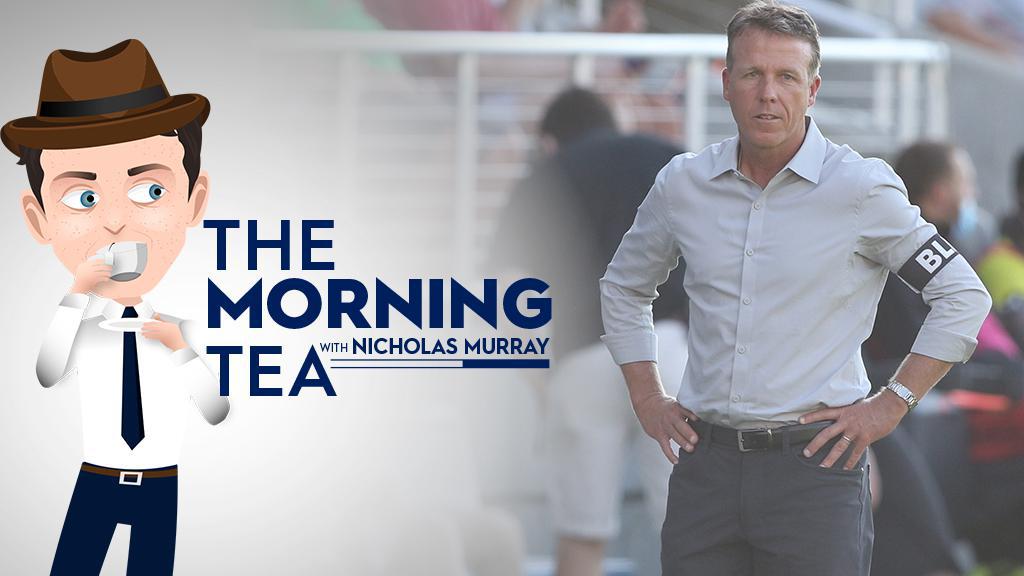 There are some intriguing storylines and matchups across the Conference Quarterfinals in the 2020 USL Championship Playoffs, but none more than the lone rematch from the 2019 postseason. Here’s your Morning Tea for Wednesday.

LOUISVILLE, Ky. – After Louisville City FC’s epic victory in extra time against Pittsburgh Riverhounds SC in the Eastern Conference Semifinals of last year’s playoffs, and then the Hounds’ revenge as LouCity opened Lynn Family Stadium in July on national television, it always figured the two Eastern Conference powers would come together at some point in the 2020 USL Championship Playoffs.

The fact that the matchup arrives in the opening weekend of this year’s playoffs, though? That’s maybe earlier that was expected.

“Pittsburgh is the other team in the Eastern Conference that nobody wants to play,” LouCity Head Coach John Hackworth told the Louisville Courier-Journal’s Jonathan Saxon. “You can say if teams were going to try and avoid a first-round matchup against Louisville or Pittsburgh, that would be their choice. Now we have the first-round game between potentially the two best teams here.”

Going purely by the numbers, LouCity (31.1 SPI) and the Hounds (30.5 SPI) have the highest ratings in fivethirtyeight.com’s Soccer Power Index in the Eastern Conference and rank only behind Phoenix Rising FC in the Championship overall. That’s a testament to the consistency the clubs have produced on the field in the past three seasons in the case of the Hounds, and arguably since its launch for LouCity.

And while LouCity faltered early on after the season resumed in July – including in that 3-1 defeat to Pittsburgh that saw defensive turnovers by the hosts lead to big chances for the Hounds to put away – the different pressing style that Hackworth has looked to employ is also paying dividends.

“We play a very sophisticated style,” Hackworth told Saxon. “When we get going on both sides of the ball, we start it with our defending. Our pressing and repress, the way that we do it is different. When we’re doing well, we turn the ball over high up the field [and] put our opponents under a ton of pressure.”

While the Hounds’ pressing style has its own features, there’s been no doubt of the effectiveness both clubs have had in putting opposing defenses under pressure. The Hounds ranked second in the Championship with 1,170 passes into the final third of the field, with LouCity narrowly behind them on 1,156 in third.

After last year’s postseason clash between the sides – both of whom still feature many familiar faces going into Saturday – which wasn’t decided until Paolo DelPiccolo’s winner in the 118th minute for Louisville, the game that could determine the favorite to advance from the East to the Championship Final on November 1st is one you may not be able to take your eyes off.

“It’ll be an interesting game,” said Hackworth. “We’re going to catch one of the best teams in the first round. We know they’re going to come here and do something we’ve probably never seen before. It’ll be tight, extremely hard. It’s going to go down to the last whistle.”

A couple more days before playoffs shout out my squad @Independence pic.twitter.com/xfjf2h3SHj

- New Mexico United will be well-rested going into its playoff opener against San Antonio FC, getting a 10-day break before it heads into a contest the side believes it’s prepared to win. “We have a deeper squad this year and we’re going in on the same amount of rest as everybody else,” NMU goalkeeper Cody Mizell told the Albuquerque Journal’s Ken Sickenger. “I’m confident we can go to San Antonio and beat them. That’s the mindset we need to have.”

- Hartford Athletic will serve as host for the first playoff game in the club’s history on Saturday night and Head Coach Radhi Jaidi couldn’t be happier. “We are looking forward to it,” Jaidi told the New Haven Register’s Jim Fuller. “We wanted to do it, we got it and we are hungry and strive to go meet our fans in Dillon in the playoffs.”

- Sacramento Republic FC will head to kick off the USL Championship Playoffs on Saturday night against Phoenix Rising FC, but after another successful year the Sacramento Bee’s Richard Ivanowski has his picks for team awards from within the Republic FC squad.

- Austin Bold FC’s playoff chances had ended by the time it took the field on Sunday evening, but the team was still pleased to come away with victory in its final game of the 2020 campaign. “For the team, it was a great win for us to finish the season strong,” forward Billy Forbes told the Austin American-Statesman’s Chris Bils. “God blessed me with a goal and I’ll take it. It was great to score against San Antonio, one of the best teams in the league.”