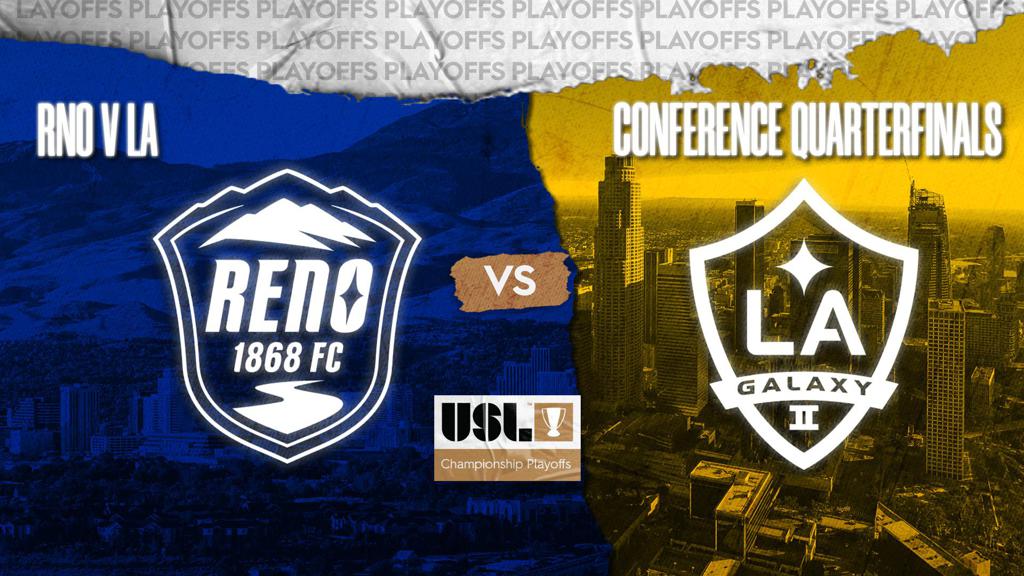 RENO, Nev. – After claiming the best record in the Championship’s regular season, Reno 1868 FC will look to claim its first home playoff victory in club history as it plays host to the LA Galaxy II at Greater Nevada Field. Kickoff is set for 9 p.m. ET.

@Reno1868FC has reached the postseason in all four of its seasons, but despite recording the third-most regular season wins since joining the league in 2017 has yet to replicate that success in the playoffs. Two of the past three years Reno has been eliminated in its opening game, including as a No. 2 seed in the West last season when it fell 3-1 to Sacramento Republic FC. 1868 FC has claimed all six prior meetings with Los Dos, however, and will be looking for its powerful attack led by Foster Langsdorf, Corey Hertzog, Tucker Bone and Christiano Francois to carry it through this round.

The @LAGalaxyII are making their second consecutive appearance in the playoffs and fifth overall. The first MLS owned-and-operated side to reach the USL Championship Final in the 2015 season, Los Dos came through a difficult group thanks to a breakout season by Augustine Williams, who finished second in the league with 13 goals. The Galaxy II also boast the young talent of players like U.S. youth international Mauricio Cuevas, and they’ll be hoping for a much better visit than their prior trips to Greater Nevada Field, where in three prior meetings they have conceded 14 goals.

Watch the action this Saturday on ESPN+!

21.1 – Reno 1868 FC ranked fourth in the Championship with a 21.1 percent conversion rate on shots, excluding blocked shots, during the regular season.

4 – The Galaxy II’s Mauricio Cuevas recorded four goals directly from set pieces during the regular season, the most of any player in the Championship this season.