THE MORNING TEA – After Challenges, Miami Ready to ‘Learn and Grow’ 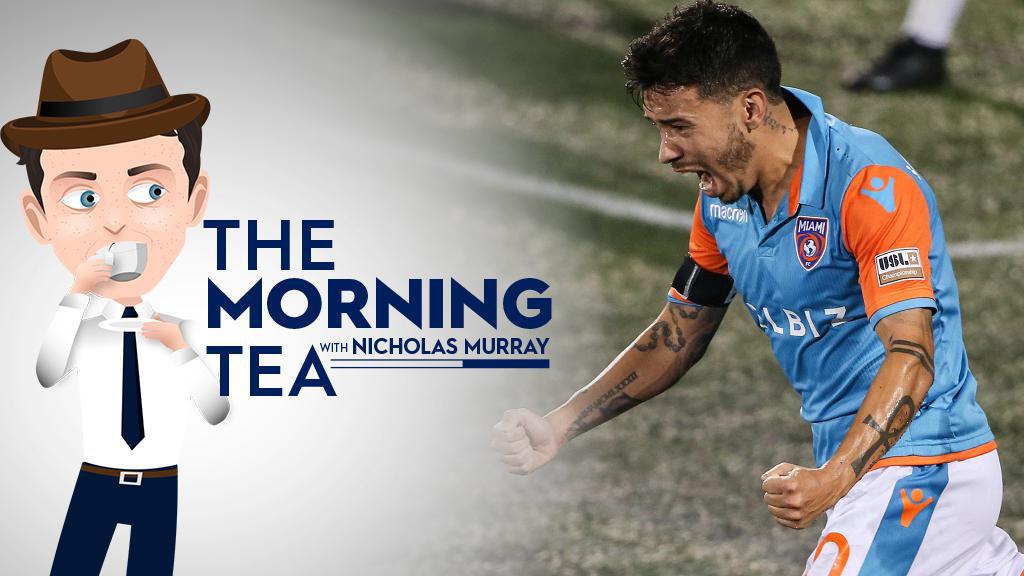 We’re five days away from the 2020 USL Championship Playoffs, and less than a month from crowning the title-winner in the league’s 10th anniversary season. Before we look ahead to Saturday night, though, let’s look back at one side that ended a tough year on a positive note. Here’s your Morning Tea for Tuesday.

There were understandably high hopes for Miami FC as it joined the USL Championship last offseason.

It brought with it a track record of success in every competition it had played, including the Lamar Hunt U.S. Open Cup. It had a squad that featured some new arrivals that had previously earned All-League recognition in the Championship to go with a core group that understood the style that was at the heart of the club’s on-field style.

But in an extraordinary season, the challenge of pulling a new group of players together into a cohesive unit just never quite materialized until it was too late.

The past week saw a silver lining to the 2020 campaign as Miami showed resolve to claim victories against both the Charleston Battery and Atlanta United 2 to close out the year. In the process the club doubled its victory total. But what pleased Head Coach Paul Dalglish most was the desire the side showed in making sure there was a positive feeling to build on as the club entered its offseason on Monday.

“I’m very proud of them,” Dalglish said after the club’s 3-1 win against Atlanta on Sunday night. “I’m a big believer that while this has been a brutal year, what doesn’t kill you makes you stronger. Every single one of us in every part of the organization will grow and learn from this year, and to finish with two wins just makes me very excited for next year.”

There are key areas to be fixed to make sure that Miami becomes the playoff contender it expects to be on an annual basis. Defensively the side simply was to mistake-prone against quality opposition. Miami led the league in the most shots conceded from defensive errors with nine and allowed four goals on those chances. The side also allowed 5.4 shots on goal per game, and 13.8 shots overall, both comfortably above in the bottom half of the league rankings.

There were also the slow starts to games, and too many times where the side had to play from behind. That was true of each of last week’s wins, which accounted for six of the 11 points Miami gained from a losing position in 2020. That more than two-thirds of the club’s points for the season were earned after it trailed isn’t generally a recipe for success.

But when Miami got into full flight and got after defenses the way it intended it was evident why this side’s potential had many people excited before the season began. With an offseason of decisions ahead, Miami’s club can learn, evaluate and recalibrate for 2021.

“It’s easy to give up when things are going hard,” said midfielder Sebastian Velasquez. “They all could have gave up and throw in the towel, but they didn’t. They all found it within them to come and play the same teams we’re supposed to play again and to beat them at home was a great result.”

Congratulations to all the teams who qualified for this year’s 2020 @USLChampionship playoffs!

The Race to the Final begins Saturday. Catch every match live on ESPN+. pic.twitter.com/TYmuSwdEyW

After the first 3 games of the szn I remember ppl laughing & counting us out.. 16 games later we finish top of the group & host the first ever @Independence home playoff game! The belief never stopped & that’s why we’re exactly where we knew we’d be! We’re just getting started

- Hartford Athletic’s Danny Barrera made headlines around the world last week with his ninja kick goal against the Philadelphia Union II, but the skills that produced a play of that kind have helped the Colombian-American forge a 10-year professional career. The Hartford Courant’s Shawn McFarland went in-depth with the veteran playmaker to look back at his path through the game.

- Louisville City FC will face a playoff rematch to begin its quest to reach the Championship Final for the fourth consecutive season as it hosts Pittsburgh Riverhounds SC on Saturday night, and Head Coach John Hackworth is expecting a big challenge. “You gotta beat everybody to be the champion and we're going to catch one of the best teams in the first round,” Hackworth told WLKY’s Andrew Chernoff.

- The Charlotte Independence will host their first playoff game in club history on Saturday night when they welcome the Charleston Battery to the Sportsplex at Matthews. “It’s great for us to have a home game in the postseason for the first time, even if it is with limited fans,” Head Coach Mike Jeffries told the Charlotte Post’s Ashley Mahoney. “We could’ve finished anywhere from first to third in our group. It’s nice to come out first, and get at least one game at home during the playoffs.”

- Both Drew Skundrich and Sam Werner were unavailable for Sacramento Republic FC’s regular season finale against the Portland Timbers 2 on Saturday. The club is hopeful both will be available for the club’s playoff opener against Phoenix Rising FC on Saturday night, however. “We’re still hopeful to have them both available for selection, but we’ll have to assess them,” Head Coach Mark Briggs told reporters after Saturday’s game. “Betty [Olmedo, athletic trainer] and Katy [Norton, physical therapist] will have to assess them and then they’ll let me know if they’re available or not.”

- After the long, winding road it took the side to get there, New Mexico United is eager for its visit to San Antonio FC on Saturday night after reaching the USL Championship Playoffs for a second consecutive season. “It's an exciting time of year," United goalkeeper Cody Mizell told KOB’s Brandon Ortega. "Over half the league is done playing the role, sitting in exit meetings right now, so it's a joy to be in the playoffs.”

- After spending the season on loan with Orange County SC, young Rangers FC defender Danny Finlayson already has a new home for the 2020-21 season as St. Mirren swooped in to bring the 19-year-old on loan with an option to buy. SB Nation’s Alicia Rodriguez spoke with Finlayson about his time in Orange County – where he made 12 appearances over his loan spell – and what he hope to take with him as he returned to Scotland.