Field of 16 teams set, postseason set to kick off with eight-game slate next Saturday

Four teams clinched playoff berths in the final Saturday of the season, with the Charlotte Independence’s victory against North Carolina FC earning Head Coach Mike Jeffries’ side first place in Group G ahead of Birmingham Legion FC, which advances to the playoffs for its second consecutive season. The Independence are back in the postseason for the first time since the 2017 campaign.

Also making its first appearance in the Championship Playoffs since 2017 is FC Tulsa, which claimed second place in Group B with a 2-0 victory against Colorado Springs Switchbacks FC on Saturday night, capping a three-game winning streak to close the regular season.

Sunday also saw a pair of group titles decided as El Paso Locomotive FC and Hartford Athletic each took victories on the road to clinch first place in Group C and Group F respectively. Locomotive FC wrapped up its second season with a 4-0 victory against 2019 Championship Final winner Real Monarchs SLC – which becomes the first defending title holder to miss the playoffs in the following year – while the Athletic took a 2-0 victory against the New York Red Bulls II to pass Pittsburgh Riverhounds SC on the final day of the season.

More on the Playoffs 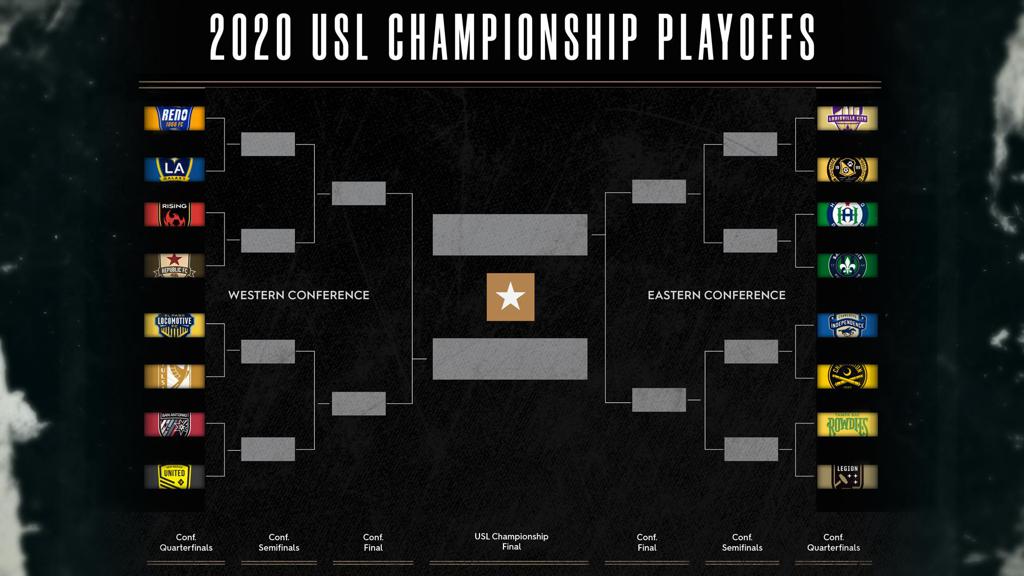 The 2020 USL Championship Playoffs will open on Saturday night as three-time defending Eastern Conference title-holder Louisville City FC opens its bid for a fourth consecutive trip to the Championship Final at home to Pittsburgh Riverhounds SC at Lynn Family Stadium after earning the top seed in the East. LouCity claimed victory in its last six regular season contests, a throwback to the conclusion of its 2018 campaign that saw it sweep through the playoffs with four more victories on the way to its second Championship Final victory.

Elsewhere in the Eastern Conference, there will be a battle of the Carolinas as the Charlotte Independence host the Charleston Battery at the Sportsplex at Matthews, while the Tampa Bay Rowdies will welcome Birmingham Legion FC to Al Lang Stadium to complete the bottom half of the bracket and Hartford Athletic hosts Saint Louis FC in the first playoff game at Dillon Stadium. 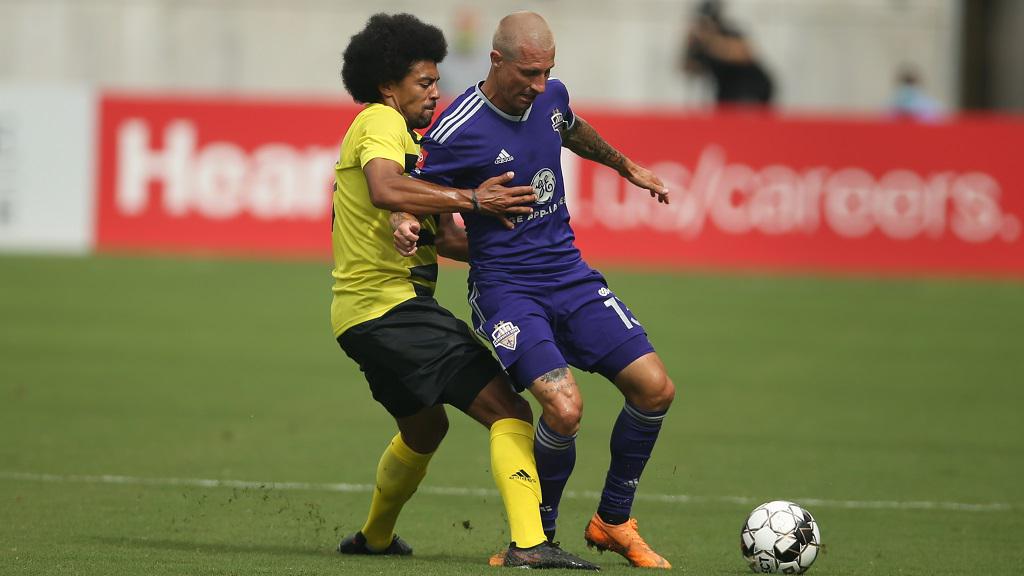 Reno 1868 FC will enter the Western Conference bracket holding the best record in the Championship and the potential to hold homefield advantage throughout the playoffs after another standout season by Head Coach Ian Russell’s squad. Reno will host the LA Galaxy II at Greater Nevada Field to open their fourth consecutive postseason trip having taken victory in its last two meetings with Los Dos during the 2019 regular season.

Elsewhere in the Western Conference, San Antonio FC returns to the playoffs for the first time since 2017 with a home clash against New Mexico United at Toyota Field, with United having reached the playoffs for a second consecutive year despite restrictions in its home state having meant New Mexico has played every game on the road this season. Phoenix Rising FC will play host to Sacramento Republic FC on Saturday night at Casino Arizona Field, while El Paso Locomotive FC will play host to FC Tulsa at Southwest University Park.

Every game of the 2020 USL Championship Playoffs through the Eastern and Western Conference Finals can be seen in the United States on ESPN+ and internationally through the Championship’s broadcast partners and the league’s YouTube channel, with the final set to air nationally on ESPN and ESPN Deportes on Sunday, November 1 at 8:30 p.m. ET.