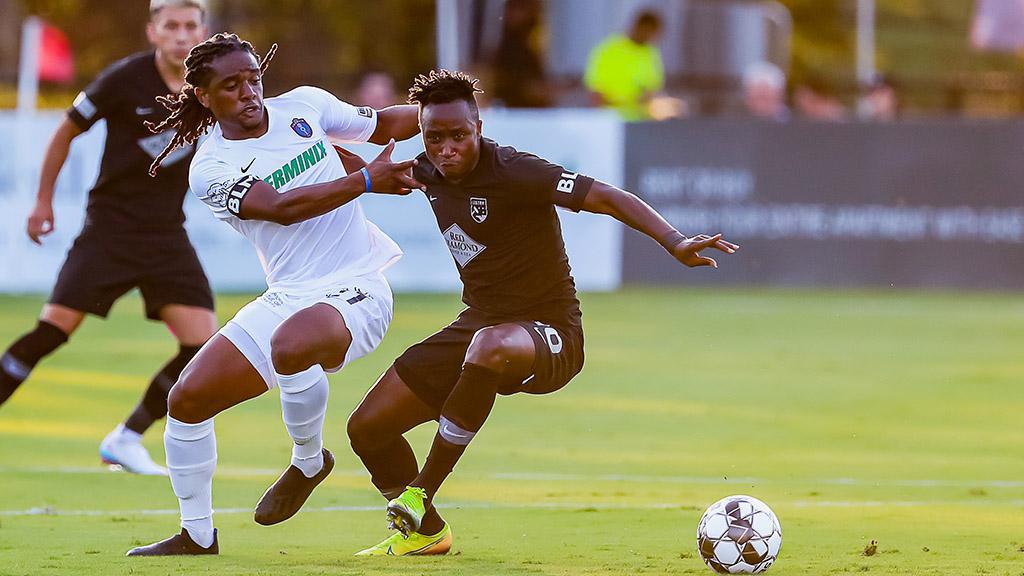 BIRMINGHAM, Ala. – Birmingham Legion FC missed out on its chance to potentially clinch first place in Group G in its last outing, a 2-1 loss to North Carolina FC.

On Saturday night as the side faces rival Memphis 901 FC at AutoZone Park the visitors want to make sure it will get at least one home game at BBVA Field when the postseason arrives, even though they’re aware of the threat 901 FC poses.

"Memphis is on a little bit of a run right now," said Legion FC forward JJ Williams. "They've been getting some results, but at the same time I think it's about us. This last game [vs. NCFC] we came in and just weren't ready. You could tell from the start we weren't up for it. Giving up two goals as early as we did, it's going to be hard for a lot of teams to come back from that.

“So, I think if we come in with the right mindset from the first whistle, it should be like the first time we played them this year. It should be goals and game over in the first half.”

Birmingham rolled in three goals in the space of 19 minutes when it kicked off its season on July 15 at home to Memphis as Bruno Lapa and Brian Wright took center stage on ESPN2. Since then, though, the rivals have played to a pair of 1-1 draws, which helped Legion FC keep Memphis at bay in the race of the postseason after its hot start, but illustrated that the gap between the two sides isn’t as wide as that opening game might have made out.

Add in that Legion FC has won only once in its last five games, while Memphis has taken victories against North Carolina FC and the Charlotte Independence in the same span, and the form sheet might favor the hosts going in, especially if Birmingham isn’t locked in from the opening kickoff.

“We've been talking about it all week,” said Birmingham Head Coach Tom Soehn. “Making sure our mentality is right and us controlling what we do [our playoff destiny]. That outweighs everything. We bounced back pretty well this week, I saw it in training, and it's a good time to learn from something.”

Despite last week’s loss, Birmingham is still on course to reach the postseason no matter what happens in Memphis. An Independence win or a draw in Saturday’s other clash between North Carolina and Charlotte would eliminate NCFC from contention, while should North Carolina take victory, Legion FC would remain ahead of Charlotte in the group standings thanks to a sizably better goal differential (+11) than that of the Independence (+1) going into their final games.

But even with that in the club’s back pocket, producing a performance to build on in Eastern Conference Quarterfinals is front of mind for the Williams.

“This week of preparation has been very good for us,” he said. “Just making sure that mentally we're right, we're on the road so nothing is going to be easy, but at the same time, we're up for it.”