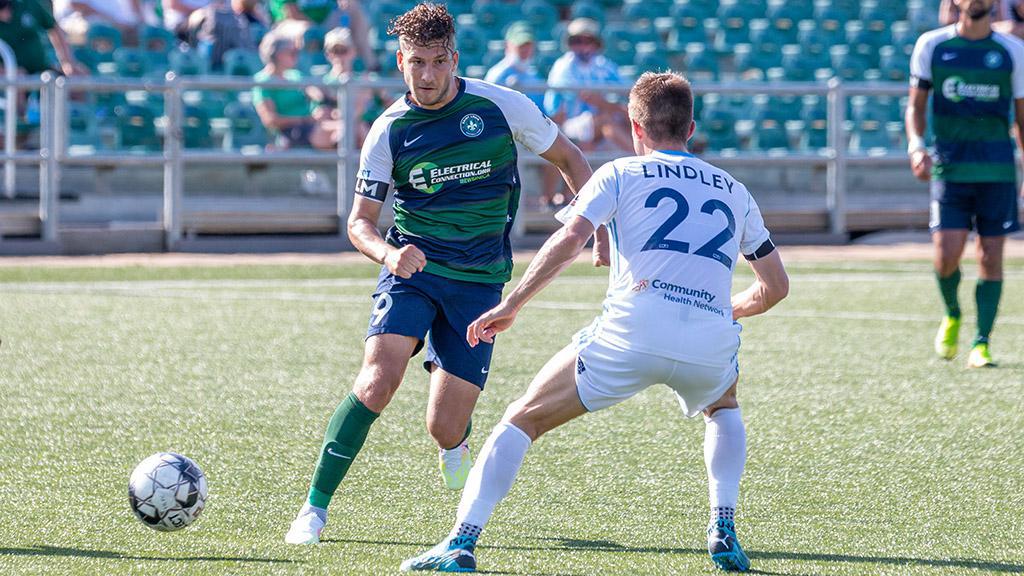 FENTON, Mo. – It was touch and go on Wednesday night as Saint Louis FC looked on, waiting to see if it would have the chance to reach the 2020 USL Championship Playoffs in its final game of the season.

After all, it could have been eliminated had Indy Eleven claimed victory against Sporting Kansas City II at Lucas Oil Stadium. It didn’t, though, falling 2-1 on a late winner by the visitors, meaning when Saint Louis hosts Indy on Saturday night at West Community Stadium it has something to play for in its final regular season game as a club.

“We’re excited,” STLFC Head Coach Steve Trittschuh told the St. Louis Post-Dispatch’s Joe Lyons. “We have an opportunity to do something special, so now let’s take advantage of it.”

Given as impressive as Saint Louis FC looked as it opened the season in March, and in subsequent performances since the resumption of the 2020 season in July, it’s a good proposition that the side would have been firmly in the postseason picture before the final game of the season. STLFC ranks seventh in the Eastern Conference with a Soccer Power Index rating of 17.9 in fivethirtyeight.com’s overview of the league. This weekend it could have been vying for a place in the top six and direct entry to the Eastern Conference Quarterfinals.

But this year has been anything but regular, which meant the club’s route to the postseason became much more of an uphill battle with Louisville City FC and Indy to contend with for the two playoff spots in Group E.

“I believe it’s the best team we’ve had and, in a normal season, playing a full schedule, we could’ve put together a very successful run,” STLFC President Patrick Barry told Lyons. “But COVID changed everything, putting us in the Group of Death and having to play power teams like Louisville and Indianapolis in eight of our 16 games.

“But you can’t make excuses; you play the hand you’re dealt, and you do the best you can.”

Saint Louis has some positive recent history on its side as it gets ready for Saturday. It took victory in the lone prior meeting on its home turf against Indy earlier this season when Tyler Blackwood scored the only goal in a 1-0 win on July 26. That result made it 2-0-0 against the Boys in Blue at West Community Stadium in the short rivalry between the two clubs.

If Saint Louis can make it three wins out of three, then a place in the postseason awaits.

“They’re a top team and we’ve had some good battles with them this year,” said Fink – who is poised to make his 150th regular season appearance in the Championship on Saturday. “We’re definitely taking this one very seriously.”