USL Championship Final to air on ESPN for first time; Every game a final for Bold FC 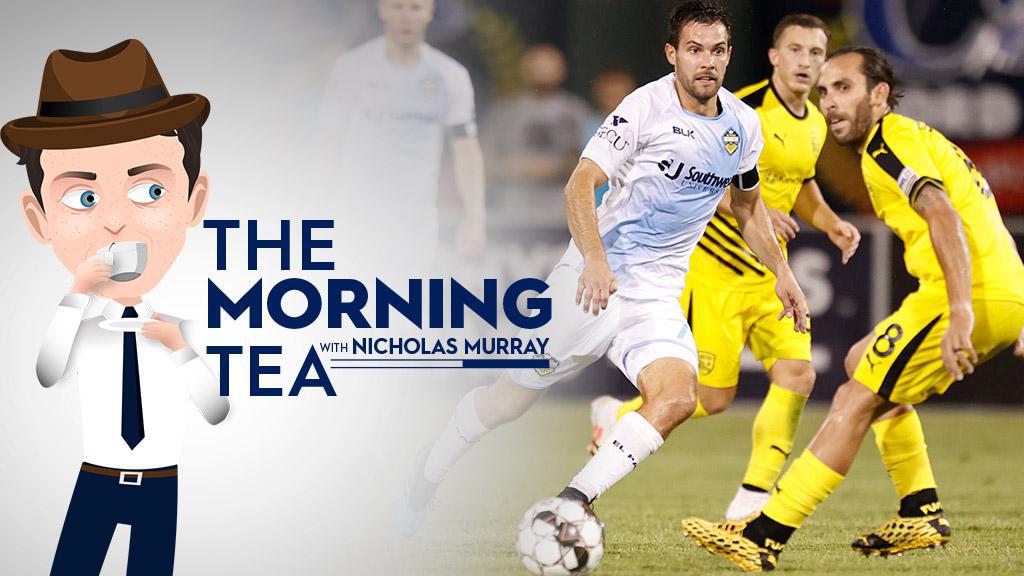 An intense night of action highlighted by a late equalizer on the West Coast and a staunch defensive display in the Midwest added another chapter to this year’s playoff race. We start today, though, with two rivals who have already booked their places in the postseason, and the respect one has earned from the other for the long road it’s walked to get there. Here’s your Morning Tea for Thursday.

If you’ve watched their encounters over the past two seasons, you’ll know there aren’t many pleasantries shared between players from El Paso Locomotive FC and New Mexico United when they’re on the field.

The games between the clubs that arrived side-by-side in the Championship last season and that are separated by only 270 miles have brought out an intensity that has translated into a strong new rivalry in the league for both the clubs and their supporters.

But after watching United reach the postseason for a second year in a row while facing the challenge of playing every game on the road, there’s certainly a great amount of respect for their rivals’ accomplishments coming from the Locomotive FC camp ahead of Saturday’s meeting at Southwest University Park.

“Whether they’re a rival or not, you have to look at their success and how they’re doing it. I don’t think people are giving them enough credit for what they’re doing,” Locomotive FC defender Drew Beckie told KTSM’s Andy Morgan. “For them to have to go on the road every week and be away from their families and risk getting sick in different ways than maybe other teams are – it’s very impressive.”

The arduous schedule has appeared to start taking a toll on United in recent weeks. While it led Group C for a good portion of the season, a run of one win in the past four outings has contrasted with Locomotive FC’s streak of seven wins in eight games overall undefeated. That’s led to a role reversal in the standings, where El Paso has a four-point edge on New Mexico with both sides having three games to play.

If Locomotive FC can claim its second win against New Mexico on Saturday night, it would wrap up the group with two games to play, and leave United set to hit the road to San Antonio FC for the Western Conference Quarterfinals in two weeks.

So, while the admiration for what their visitors have accomplished this season won’t be diminished, Beckie and his teammates know they have a big opportunity at hand, and New Mexico is going to be coming full bore to keep them from earning it.

“We aren’t going to take any mercy on them,” Beckie told Morgan. “It is what it is, and they understand that. We are going to give them everything we have, and I hope they do the same for us.” 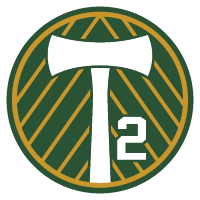 (2-8-2)
Group A
The Gist: The Portland Timbers 2 and Tacoma Defiance will renew their rivalry with T2 looking to even their regular season series at two wins apiece on home turf at Providence Park. Portland claimed a 3-0 victory when the teams last met on September 9 as Jorge Gonzalez scored twice to lead T2 to its first victory of the 2020 season. The win served as the first of two in a row for Portland, which also defeated Real Monarchs SLC on Sept. 16 before falling in its most recent outing against Reno 1868 FC on Sunday night. Tacoma had taken victory in the prior two meetings between the clubs and will be looking to build on a 3-3 draw on the road against Sacramento Republic FC on Sunday in its last outing. Thursday’s game is the first of two between the rivals this week, with the sides also set to meet at Tacoma’s Cheney Stadium on Sunday afternoon.
Discipline: None

We look forward to working with @EdwardsUSL & @USL_HQ to bring more diversity to the game here in the United States! https://t.co/UfAOUu3v1o

Today marks my parent’s 37th wedding anniversary and this is how they’re spending it. #SDLoyal @SanDiegoLoyal pic.twitter.com/Ey7lpH8QzH

- The 2020 USL Championship Final will air for the first time on ESPN, the league confirmed on Wednesday, with the title game set to be held on Sunday, November 1 at 8:30 p.m. ET. The game will also air on ESPN Deportes for a second consecutive year, while the remaining games in the postseason will air on ESPN+.

- USL President Jake Edwards was the Keynote Speaker at SoccerEx Connected on Wednesday, where he addressed meeting the unprecedented challenges of 2020, social activism and expansion, stadium and infrastructure developments,  and the bright future that still lies ahead for the game in North America.

- Continuing a series of roundtable discussions with members of the USL Black Players Alliance, Beautiful Game Network’s Carson Merk asked players including the Charlotte Independence’s Brandon Miller and Hugh Roberts and Loudoun United FC’s Peabo Doue about the importance of voting, and how they use their platforms for non-sports issues.

- We’re into the stage of the season where every team still fighting for a playoff place is going to start talking about every game being a final. That’s certainly Austin Bold FC’s mindset according to midfielder Xavier Baez, who told the Austin American-Statesman’s Chris Bils after the side’s 4-0 win against Sporting Kansas City II, “Today we met that expectation. I think the victory is the result of having played the game with that mentality.”

- Indy Eleven didn’t get the victory it was looking for, but a point for a 1-1 draw with Saint Louis FC to remain one point ahead of its postseason rival kept the side in good position to reach the playoffs with two games remaining. The Indianapolis Star’s Kevin Johnston has the reaction to the result, where the hosts were unable to take advantage of a two-player advantage in the closing stages.

- Hartford Athletic was forced to settle for a 1-1 draw against the Philadelphia Union II on Wednesday night, a result that will likely confirm the Athletic end as the second-placed team in Group F ahead of the postseason. The Hartford Courant’s Shawn McFarland was on hand for the Athletic’s regular season home finale to its second season.

- The LA Galaxy II’s Alejandro Alvarado Jr. threw a wrench into the works for San Diego Loyal SC’s playoff plans as Los Dos grabbed a late 1-1 draw on Wednesday night to remain in a strong position to be one of the two teams to advance from Group B. SD Loyal remains one point ahead of the Galaxy II, but Los Dos have three games remaining to San Diego’s one this regular season.

- Like many clubs around the country, Sacramento Republic FC’s season has been far different than it was anticipating in March. President and Chief Operating Officer Ben Gumpert spoke with Comstocks Magazine, which also featured a photo series capturing the year at Papa Murphy’s Park.