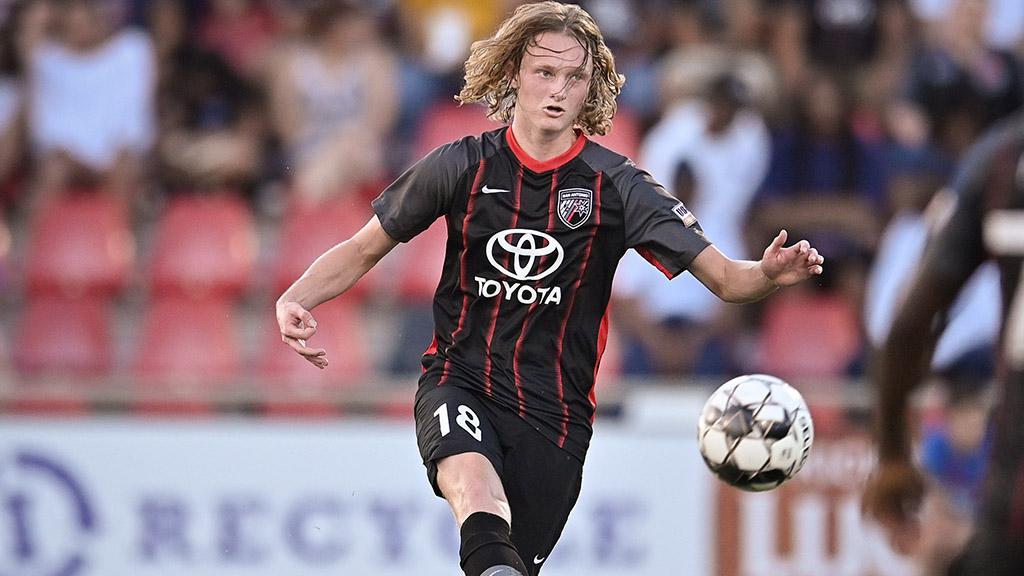 SAN ANTONIO – San Antonio FC announced on Friday the return of midfielder Ethan Bryant, and the addition of defender Liam Doyle from Memphis 901 FC for the remainder of the 2020 USL Championship season. Per team policy, the terms of the deals were not disclosed.

“As a staff, we are delighted to welcome Liam and re-welcome Ethan to the SAFC family,” said SAFC Head Coach Alen Marcina. “Liam is a great communicator and organizer of the backline, and he will provide valuable experience to the roster. Ethan is a fantastic homegrown talent that now has a year of European experience that will add to the already strong midfield group.”

A San Antonio native, Bryant returns to San Antonio FC, where he spent parts of the 2018-19 seasons prior to moving to KSV Roeselare in the Belgium second division. In two seasons with San Antonio, Bryant appeared in 16 league matches, compiling 1,225 minutes played. The 19-year-old scored two goals and recorded three assists with the Alamo City club, while also appearing in two Open Cup matches.

Originally discovered by the club after participating in the SAFC Pro Academy’s Elite Training Program, Bryant trained with the first team under observation during the 2017 season prior to being added to the roster in 2018. The midfielder returns to San Antonio for the remainder of the season after becoming the second-youngest player to debut for the club when he made his first appearance at age 16.

“I’m super excited to be back,” said Bryant. “Obviously the team has been doing really well, so I’m just happy the staff and the whole club has the faith in me. I’m going to do whatever I can to help the team.”

Doyle appeared in eight matches (579 minutes) for Memphis this season, recording 42 clearances, nine interceptions and six blocks. The 6-foot-4 center back has been a consistent presence in the league since the 2016 season, appearing in 115 matches and compiling 9,932 minutes over that span.The 28-year-old began his career with the Harrisburg City Islanders in 2016 before helping lead the Swope Park Rangers to the 2017 USL Championship Final the following season. Doyle made 48 appearances for Nashville FC from 2018-19 prior joining Memphis 901 FC midway through the 2019 season.

“I am extremely grateful to be joining such a fantastic organization,” said Doyle. “It is a fantastic opportunity for me and my family and one we had to grab with both hands. When Alen [Marcina] reached out and explained the culture, structure and facilities at the club, it was an opportunity I couldn’t turn down.”

The former Ohio State Buckeye was originally drafted by D.C. United in the 2016 MLS SuperDraft prior to signing for Harrisburg.