With Purpose and Soul, Oakland Roots is Representing

Newest Championship club has immersed itself in city’s culture, finding success on and off the field

What does it mean to have an Oakland Soul?

It’s a complex question in some ways, but for those that have called the city home for many years there’s a clear-minded vision of the community and what it represents.

“An Oakland Soul is someone who subscribes to the notion of diversity, who believes in inclusivity, has respect for the arts, for the culture,” said Oakland Roots co-founder Edreece Arghandiwal recently. “It’s someone that appreciates camaraderie, appreciates bringing people together and celebrating what makes Oakland, Oakland. That’s an Oakland Soul.”

If that’s what it means to represent Oakland, then Oakland Roots Sports Club has quickly become an embodiment of the city it calls home. The newest club to join the USL Championship on Tuesday, Roots was officially launched two years ago, but the concept for what the club would be and what it would represent have long been fomenting in the minds of not only its leadership, but those in the broader Oakland community that have shown what it means to represent the city for decades.

Because, let’s face it, Oakland has been at the center of key movements and political activism in the United States. From the origin of the Black Panthers in the 1960s and leaders like Angela Davis and Huey P. Newton, to more modern leaders such as current Democratic Vice Presidential candidate Kamala Harris, the city has been at the center of the work to make a more equitable American society.

That concept is one of the core pillars for Roots. While part of the club’s long-term goals is to achieve success on the field, an even greater part of the club’s focus is be a facilitator for the goals and ideals that are central to making Oakland – and American society more broadly – a better place. 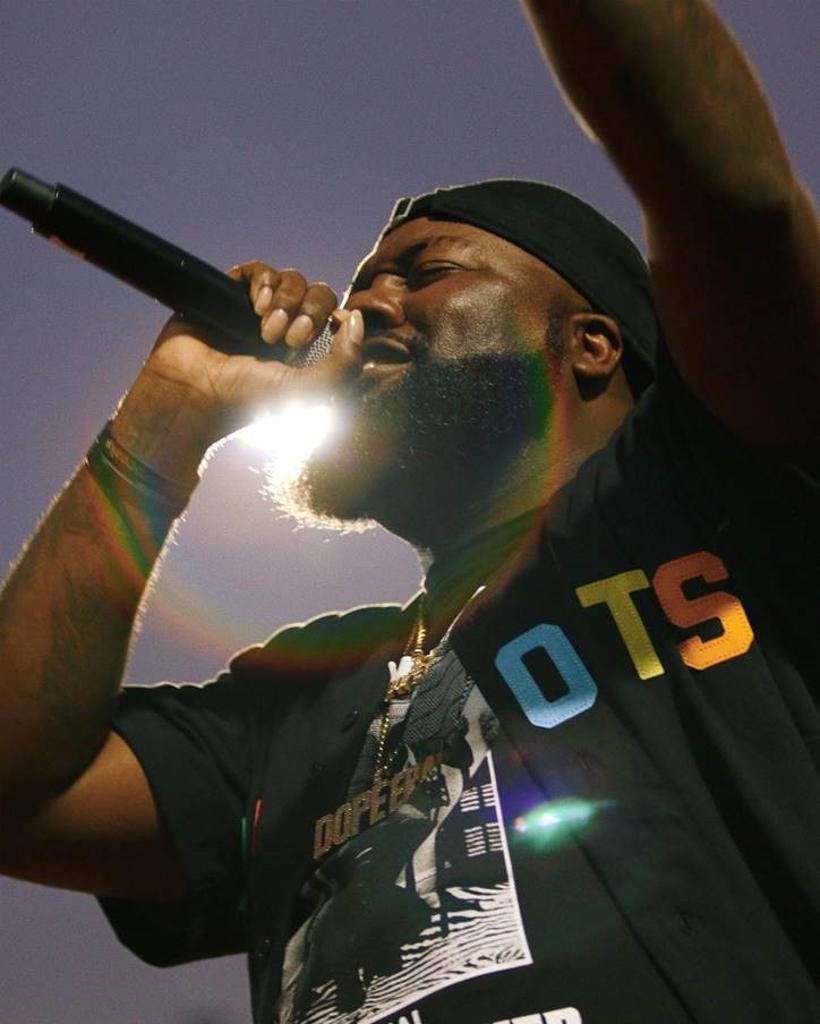 “Our entire club was founded on the idea that it’s more than just what happens on the field on gameday,” said Roots Chief Purpose Officer Mike Geddes. “One of our principles is Oakland First, Always and everything that we do, we try to do it in service of making the city a better place. We can do that by winning on the field, but we can also do it by thinking about what is it about a sports team which can support all these other areas that go towards making a safe, healthy, equitable city. So, supporting the arts, supporting culture, supporting community initiatives.

“For us that’s always been 100 percent part of our value proposition to the people of Oakland is this team is about much more than what happens on the field. We exist because of the city, we exist for the city, and we believe our value as a sports team goes way, way beyond within the four lines of the field.”

The club also exists as an extension of the city and its culture. There’s the gameday block party that shuts down part of E. 10th Street, allowing thousands of fans to mingle and grab food and drinks close to the club’s home at Laney College where the Oakland Raiders once played. Once you get inside the, you can pick the section of the stadium that speaks to you, like the grandstand tagged the Mosaic, or the Sideshow – a supporters’ section that gives a nod to the city’s car culture – or the Nest and the Grove. Then there’s the pregame concert that sets the mood for the 90 minutes of sound and energy that’s to come on the field and in the stands.

It’s a gameday experience that reflects Oakland’s art, music and food culture, and one that keeps the fans coming back for more each time.

“What we’ve done is create a family environment,” said Arghandiwal. “The block party really can house all of the depth of the stadium if people wanted to come through. … Within the limits of Laney we’ve created … a vibrant experience, and we’ve been able to accomplish that by thinking creatively.”

And both before and after in the bars, restaurants and clubs, you can see the club’s logo everywhere being proudly worn by the folks downtown. Since its launch along with the club, it’s become one of the most identifiable crests in American soccer, taking the Oak that the city gets its name from and building a vision alongside members of the community that noted designer Matt Wolff brought to live in vivid colors and text.

“Including the Oak Tree – which is a symbolic part of our storyline, there’s a huge Oak Tree that sits outside City Hall – it’s an iconic image that comes out of Oakland,” said Arghandiwal. “That was an important part, but we wanted to do it a bit differently, so we’d have a different rendition of the Oak Tree that you don’t see in the City logo or the Oaklandish logo.

“In the tree itself we have an element of ambiguity, which I think is important when you’re creating identities, when you’re allowing people to ask questions about the crest. What do the colors mean, what does that little white negative space in the tree mean? We threw in little nuggets like that – the white outline of the tree is actually the outline of the City of Oakland map, and that represents light shining through the tree – so there are these underlying meanings and stories that wrap into the crest.”

It’s a logo that’s resonated well beyond the club, with just as many people taking it as a symbol of pride in their city and later coming around to the fact that it represents the city’s soccer club as those who were there, ready on Day 1 for the club to land. When one of the club’s t-shirts was worn by Oakland native Damian Lillard on the press conference dais during the 2019 NBA Playoffs, it brought the club and the brand to a whole new audience as well as confirming the idea that what the club stood for resonated with key figures from the city. 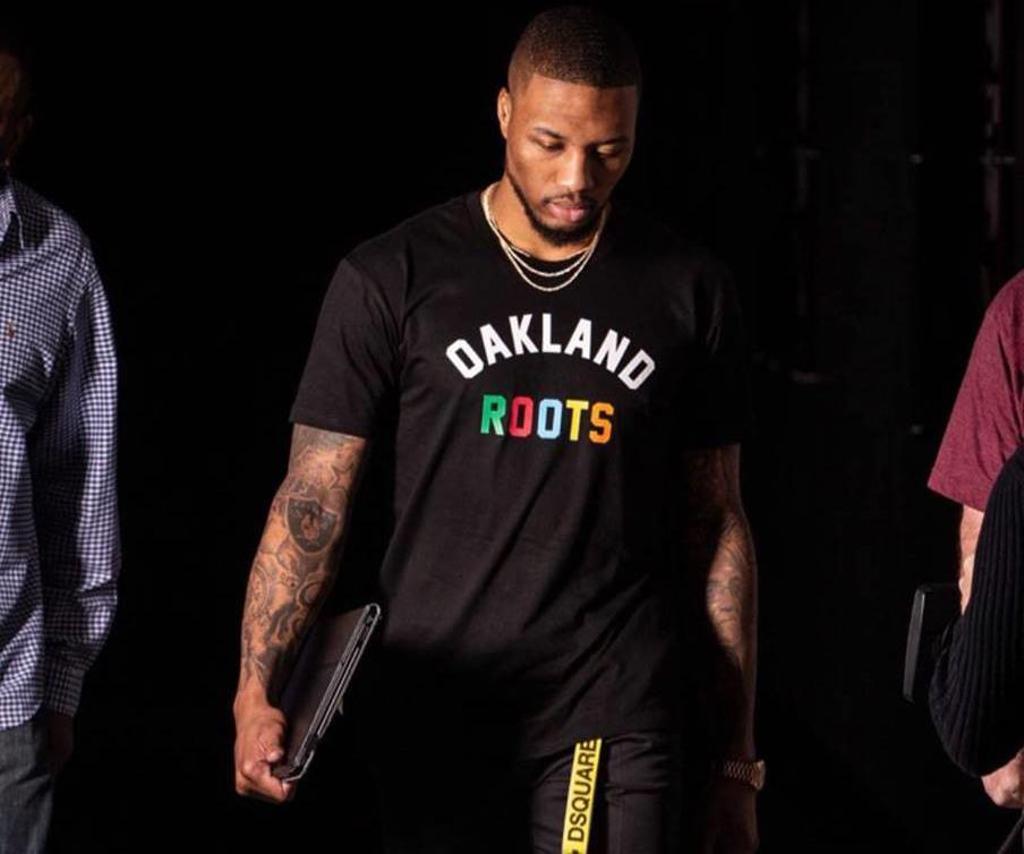 “For me, the biggest success was to see how people within the city of Oakland responded to it as something they immediately embraced and felt like was theirs,” said Geddes. “That was the success for us. Everything that’s happened since then has been incredibly pleasing, and surprising. I think the level of success it’s had has really gone beyond certainly what I expected. I’ve been in countries all around the world and come up to me and talk about the brand, people in Australia, France telling me how big fans they are.

“We know where the brand gets shipped to around the world, and that’s been incredibly exciting to see and kind of outstrips what we were expecting to see, but for me personally the really big question was could we create something that felt like Oakland, and that Oakland accepted as its own. That was the reason behind the many hours, days, weeks, months than were spent talking to people about how to do that and talking with partners here in order to bring it to life, people like Matt Wolff, people like Oaklandish, and we couldn’t be happier with the success we’ve had so far.”

That visibility – both locally and globally – is key to Roots’ ultimate goal. The better known they become, the broader reach the initiatives they are working on in the city gains, and the steps toward achieving social success and equity become bigger. 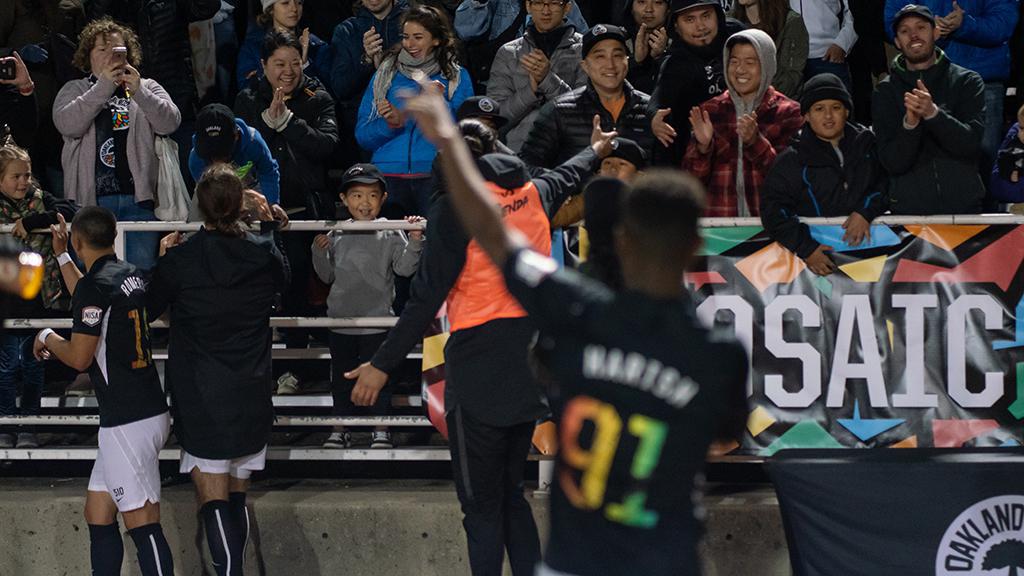 For those who were there at the start of this idea, the club’s rapid rise is only the start of what they believe can be accomplished by a group aiming to achieve societal good through professional sport.

“I don’t know how the hell we got here,” said Arghandiwal. “I don’t know what I did in my lifetime to deserve it, but I will say that I’m happy to be providing an asset to the community that makes them proud. I hope that we can continue to do that as we grow. This isn’t about me, this isn’t about my co-founder Benno Nagel, it’s not about any of the front office or even the players, we recognized that sport in today’s world has the ability to change people’s lives. Period.

“When we think about our purpose, it’s to use and channel the magic of Oakland through the power of sport to create social good in the world, and that’s our goal. If we’re not building toward that, if we’re not impacting the community that we’re in, if we’re not being true to Oakland first and always given that Oakland is in our name, then a lot of this will mean nothing. So, I’m pinching myself. I’m glad that we have a platform, but now that we have a platform, I look at it as an opportunity to do more of the things that make sport so amazing, and I hope we stay true to that.”