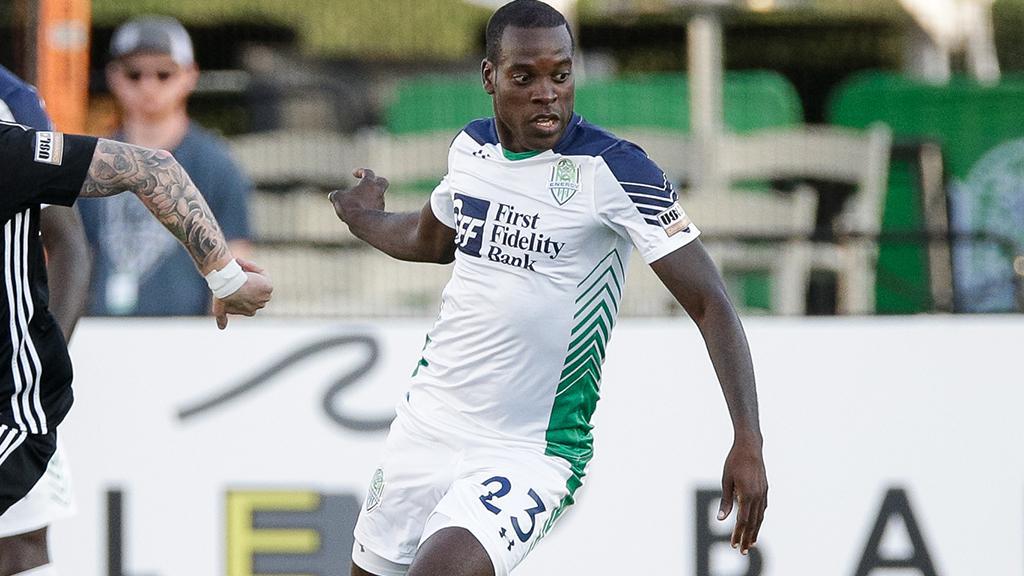 AUSTIN, Texas – Austin Bold FC announced on Tuesday the addition of defender/midfielder Je-Vaughn Watson to the 2020 USL Championship roster. Per club policy, contract terms will not be released.

“I’m excited to be a part of Austin Bold and this wonderful organization. I’m just hoping I can come in and add to the chemistry the team already has and see if I can help push them towards the playoffs,” said Watson. “I’m just coming here passing my experience and knowledge and see if I can help push these guys towards their goal of a championship.”

Watson played for OKC Energy FC in the USL Championship during the 2019 season. The 36-year-old started 15 matches and totaled 19 appearances for the Oklahoma club. In 1,285 minutes of action, Watson was a defensive rock with 13 clearances, 11 interceptions, and eight blocks.

In his native Jamaica, Watson began his playing career with the National Premier League side Sporting Central Academy in 2005.  The Jamaican international moved to MLS in 2011, joining Houston Dynamo for two seasons. From 2011 to 2012, Watson made 41 appearances and helped Houston reach two consecutive MLS Cup finals. Watson moved to the other side of the Texas Derby after signing with FC Dallas in 2013. He became a staple of FC Dallas with over 4,000 minutes logged while he transitioned to a defender. In 2016, Watson joined the New England Revolution before making his way to the USL Championship club Charlotte Independence in 2018. He made 21 appearances, recorded an impressive 62 clearances and scored one goal in Charlotte.

Watson is a Jamaican international putting on the famous yellow jersey 88 times. During his time with the Reggae Boyz, Watson participated in every major international tournament for Jamaica, including 2011, 2015, 2017, and 2019 CONCACAF Gold Cup squads. Along with appearances in the 2015 Copa America and 2016 Copa America Centenario, Watson won the 2014 Caribbean Cup with fellow Austin Bold FC members Ryan Thompson and Jermaine Taylor.