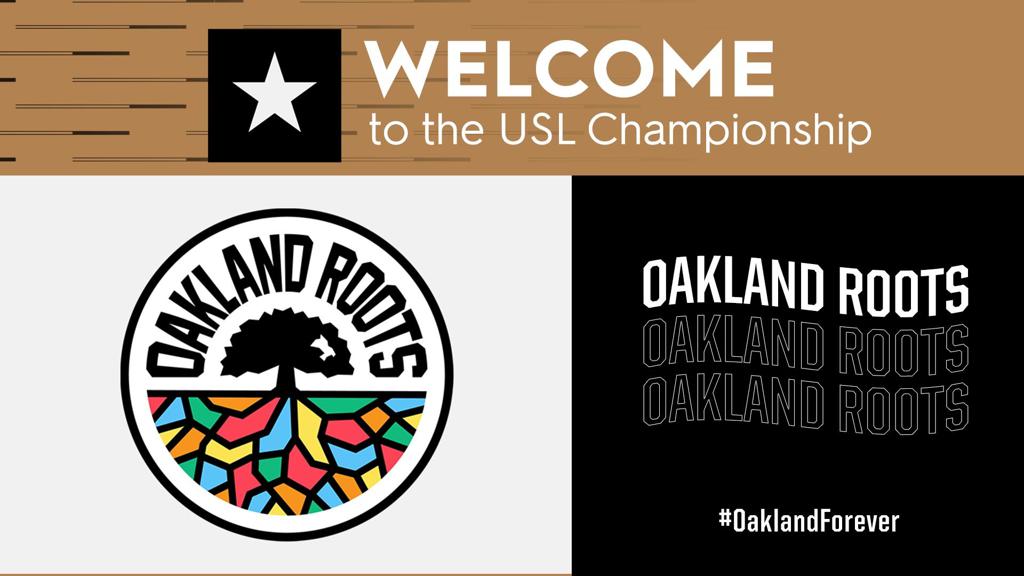 TAMPA, Fla. – The United Soccer League today announced Oakland Roots Sports Club would become a member of the USL Championship beginning in the 2021 season, adding an organization that from its origins has captured the imagination of fans both locally and across the United States with its unique branding and mission of inclusivity and social good.

Founded in July 2018 by six local soccer fans and investors, Roots has quickly grown into a cultural phenomenon in the United States soccer scene. Based in the heart of Oakland at Laney College Stadium, the club sold out its first five home games in club history and welcomed 5,723 fans to its home finale last October. Roots’ strong attendance continued into this spring, and they have averaged more than 5,000 fans at home games since the club’s launch.

“Oakland Roots Sports Club is one of the most impressive and purpose-driven organizations in the United States. We are thrilled to welcome them into the Championship,” said USL Chief Executive Officer Alec Papadakis. “When we think about the kind of clubs that can help drive our league forward, we look for committed ownership and fantastic community support. With Steven Aldrich, his team, and the city of Oakland, Roots S.C. possess those things in abundance, and we have no doubt they will be a huge success in our league.”

In addition to the passion and commitment Roots have seen from local soccer fans, including supporters group Roots Radicals, the club has used its broad reach in the Oakland community to drive progress on social issues. Additionally this past June, Roots became the first professional club in the United States to join Common Goal, a global initiative begun by Manchester United and Spain midfielder Juan Mata that sees players and clubs contribute a minimum of one percent of their salaries and ticket revenue to fight social inequality.

“We are excited to join the USL Championship in 2021,” said Roots Chair Steven Aldrich. “Playing in the Championship is a great opportunity for the Oakland Roots to continue our journey of using soccer as a force for social good. We can’t wait to showcase the passion, pride, and commitment of our players, fans, and The Town to an even wider audience next year.”

Roots joins the Championship for the 2021 season having acquired the franchise rights from USL East Bay.

“This has been a long journey together of nearly five years,” added Roots Co-Founders Benno Nagel and Edreece Arghandiwal. “We can’t wait to take another step together as we continue to grow our roots.”