Center back made 15 appearances for OKC in 2019 season 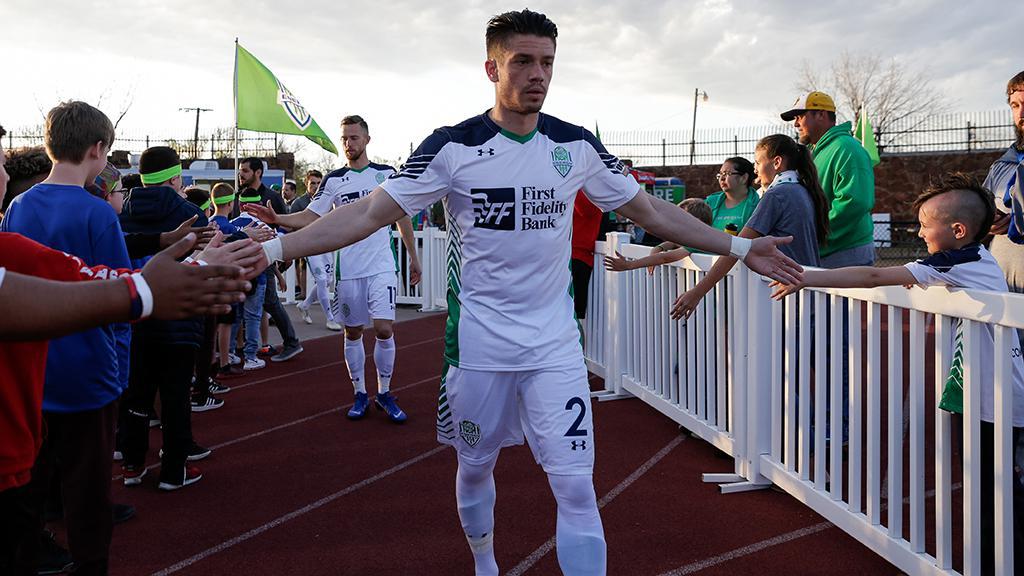 OKLAHOMA CITY – OKC Energy FC announced on Wednesday it had re-signed defender Mike da Fonte, pending league and federation approval. Da Fonte made 15 appearances for the Greens in 2019, scoring one goal and averaging an 87.5% tackle success rate in league play.

“Mike is a guy I had my eye on when I signed here,” said Energy FC Head Coach John Pascarella. “It was a bummer that he wasn’t here when I came on board because I thought he could do a job in this league. I checked in with a lot of people around the league, including my friend Paul Buckle, who coached him at Sacramento.

“Everybody talks about the fact that he’s a hard-worker and a grinder and he’ll do all those things, and we need more of that, especially when you’re fighting like we are. So, I think he’ll fit in perfectly.”