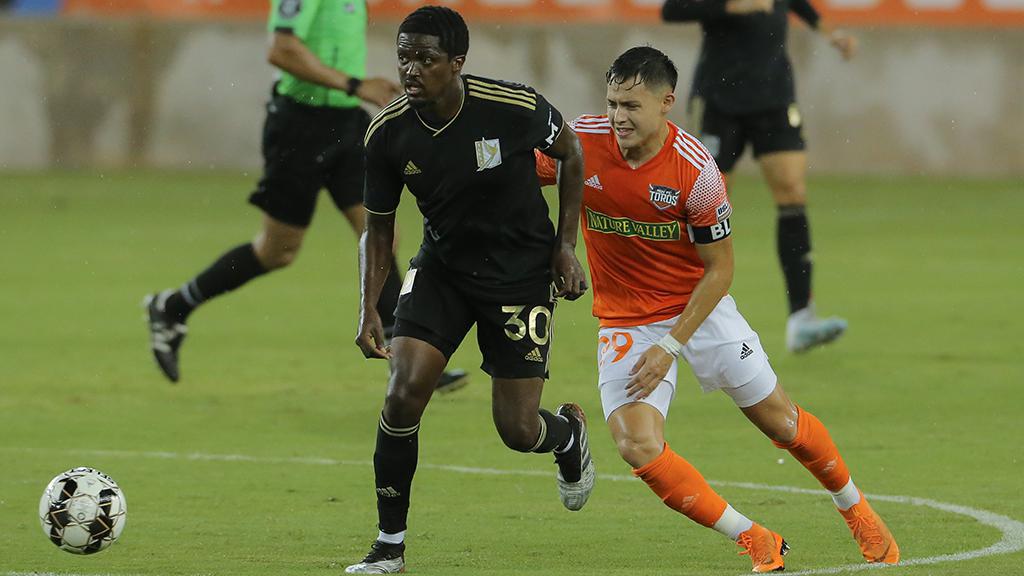 TULSA, Okla. – Maybe the two biggest games of the season for FC Tulsa are directly on the horizon.

Back-to-back meetings with the current second-placed side in Group D, Austin Bold FC, await third-placed FCT starting on Saturday night as the race for a place in the postseason enters a key phase.

But for Tulsa to maximize its potential return from its trip to Texas, it can’t afford to overlook a Wednesday night visit from Rio Grande Valley FC (8 p.m. ET | ESPN+) that offers the side a chance to not only pull level with Austin on points before their two showdowns, but also break a four-game winless streak.

“We know we are competing very closely with Austin, but at the same time we can’t overlook [Rio Grande Valley FC],” said Tulsa Head Coach Michael Nsien on Tuesday. “RGV is a team that is playing well, but not getting results. We know that if we keep them around it could be a difficult day for us tomorrow. We want to execute early, put our foot down, score goals, and move onto the next game.”

The last meeting between the teams was certainly a memorable one, although not necessarily for on-field reasons. Lightning delays not only paused kickoff at H-E-B Park, but then after the game got underway sent the contest well into the small hours of the morning. Tulsa emerged with a 2-1 victory but got a strong effort from the Toros as the hosts rallied back to even through Robert Castellanos after putting in a strong shift to start the second half.

A penalty kick by Ariel Martinez that arrived shortly after Castellanos had leveled sent Tulsa to victory, but the club’s more recent form has seen San Antonio pull away further at the top. While Austin’s own struggles have kept FCT in touch with the playoff places – Bold FC has let leads slip in each of its past two games to come away with draws each time – finding a way back into the win column after a 2-1 defeat to Sporting Kansas City II on Saturday night is at the forefront of mind for everyone in Tulsa’s squad.

“We’re feeling good, I think the guys are prepared,” said Tulsa midfielder Eric Bird. “Obviously, we’re pretty disappointed in the last home game, as we want to defend our home field. We’re looking forward [to playing RGV]. We got the better of them down in the valley, so it’s going to be a good test for us, I know they will want some revenge. We need to be up to the challenge.”

Bird and his teammates are set to be backed again by another socially distanced crowd on Wednesday night, with the atmosphere the fans have brought this season noticeably different to the ones Bird was used to as a visitor in previous years when he would visit with the Toros. He’s hoping the side can give those fans all three points on Wednesday night, and provide a set-up for the key games to follow.

“I have played here throughout the years, and it hasn’t quite been like other places in the USL, but in terms of where we have played so far this year it has been by far the best,” said Bird. “I know we haven’t been very far, but it’s really promising that so many people are coming out. It makes me look forward to the day when there won’t be any restrictions on capacity. I think that we have something really special here, and the fans have something to look forward to.”