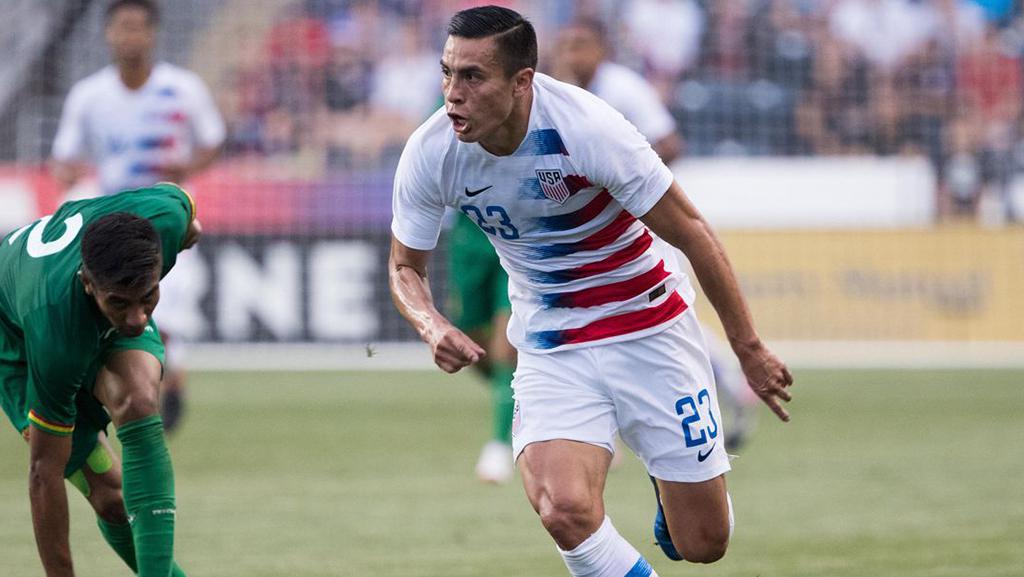 New San Diego Loyal SC signing Rubio Rubin has made seven appearances for the U.S. Men's National Team, most recently in the summer of 2018 against Bolivia and Ireland.

SAN DIEGO – San Diego Loyal SC announced on Tuesday the signing of forward Rubio Rubin and defender Tarek Morad and the arrival on loan from Major League Soccer’s Los Angeles FC of midfielder Alejandro Guido, pending league and federation approval. The players will join the club for the remainder of the 2020 season.

A former U.S. international, Rubin most recently played for Dorados de Sinaloa on loan from Club Tijuana of Liga MX. The 24-year-old has made seven appearances for the U.S. Men’s National Team, making his debut in 2014 against Colombia. He most recently played for the national team in the summer of 2018 in games against Ireland and Bolivia. Prior to his arrival in Mexico, Rubin had competed in Europe for clubs including the Netherlands’ FC Utrecht and Norwegian club Stabaeck.

A San Diego native, Guido signed with Los Angeles FC prior to the 2019 MLS season, but has yet to make his debut for the club. Prior to signing to LAFC, the 26-year-old played for Club Tijuana and was a U.S. youth international, representing his country at the U-17, U-18, U-20 and U-23 levels.