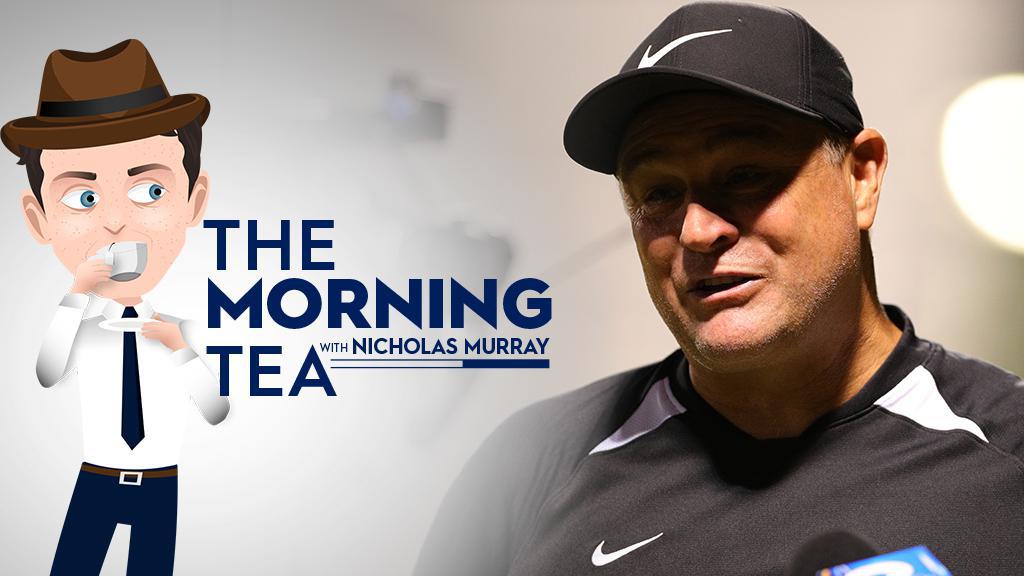 One of the Championship’s legendary coaching figures will be on the sideline tonight as Week 11 kicks off at Highmark Stadium. This morning, though, we look at one of Bob Lilley’s counterparts, who has once again got his team firing on all cylinders. Here’s your Morning Tea for Tuesday.

There’s an art to what Charleston Battery Head Coach Mike Anhaeuser does.

Because, let’s face it, the Battery aren’t the sort of club that has one of the bigger budgets in the USL Championship. But there’s always a plan in place that means the wheels keep turning, and the Battery are playoff contenders each and every year.

And right now, the cycle is hitting a peak once more.

The Battery’s four-game winning streak – which continued on Saturday night with a 1-0 victory against the previously undefeated Tampa Bay Rowdies – has moved Anhaeuser’s side within sight of a postseason berth for the 10th consecutive season in the Championship. It could also raise hopes of a chance at a run in the playoffs.

If it feels familiar, it should. It’s the culmination of putting all the right pieces in the right places since the last peak Battery side three years ago. Back then, they finished second in the Eastern Conference with the likes of Odisnel Cooper in goal, Forrest Lasso, Neveal Hackshaw and Taylor Mueller in defense, Justin Portillo and Tah Anunga holding down the fort in midfield, and Maikel Chang providing the service for Romario Williams to bang in the goals.

Now, the names have changed, but the team’s cohesiveness might be approaching the same level as that squad. Instead of Lasso, Hackshaw and Mueller, there are players like Leland Archer, Angelo Kelly and AJ Paterson coming into their own. There are also shrewd additions like Robbie Crawford and Logan Gdula making their presence felt, and Zeiko Lewis adding to his stellar 2019 campaign in the attacking third.

It’s another squad that shows off Anhaeuser’s ability to not only accumulate talent but then put it in the best place to succeed, the recipe that has brought the Battery long-term sustained success. Only four players from that 2017 team are still with the team now. None of that quartet – Jarad Van Schaik, Dante Marini, Nico Rittmeyer and Joe Kuzminsky – played more than 700 minutes that season. In fact, Kuzminsky, now back from his loan in Israel at Maccabi Haifa, didn’t see a minute with former Championship shutouts king Cooper ahead of him.

But slowly and surely, as major pieces departed – among them Portillo and Chang to Real Monarchs SLC, and then to Real Salt Lake, Lasso to FC Cincinnati and now the Tampa Bay Rowdies, and most recently Mueller back to his roots at Tacoma Defiance and Anunga to Major League Soccer-bound Nashville SC (for a transfer fee, no less) – the new building blocks were being put in place.

Angelo Kelly and Archer both arrived in 2018 and were brought along in their first year. Now both are fixtures in the lineup. Last year brought Lewis, a former MLS SuperDraft First Round selection and Bermuda international, and other now-prominent faces like Paterson, Romario Piggott and Nicque Daley. Kuzminsky became the club’s No. 1 in 2018, and then grew further into a strong starter between the sticks last year, becoming worthy of overseas attention.

This year, there’s been the impact of former Rangers FC midfielder Crawford, whose passing ability has connected play beautifully to the tune of a team-high 402 passes completed at an 85.6 percent accuracy rate. Saturday’s goalscorer Stavros Zarokostas and Mauro Cichero have also made their own solid contributions.

The Battery endure thanks to Anhaeuser’s recipe for success that has meant his side has always been a force to be reckoned with. 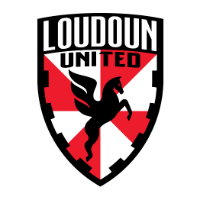 (1-5-2)
Group F
The Gist: Pittsburgh Riverhounds SC will try to strengthen its lead at the top of Group F when it plays host to Loudoun United FC. The Hounds are on a three-game undefeated streak after a 3-0 victory on Friday night against chief rival for first place Hartford Athletic, a win that moved Pittsburgh three points clear at the top of the group. Head Coach Bob Lilley’s side now sits second in the Championship – and first in the Eastern Conference – with 25 goals in 10 games this season, and on Friday night it was Ryan James that did the damage with two goals to lead the side to victory. Loudoun, meanwhile, is getting into must-win territory as it starts its second half of the season looking to rebound from a 3-2 defeat to the New York Red Bulls II on Saturday evening. The defeat extended United’s winless streak to four games, and the side currently sits 11 points behind Hartford for the second playoff place in the group.
Discipline: None

Making great progress on the details of Tidewater Landing: privately-financed stadium, housing, public amenities – plus thousands of jobs and millions in tax revenue for the City and State. An historic opportunity for the region. News soon! pic.twitter.com/YJFP71hOTJ

This one hurt. Good luck with your new team @ArchieBradley7!#AllAZ pic.twitter.com/adIdVCy7wn

- Memphis 901 FC players, staff and fans led by minority owner and Sporting Director Tim Howard walked through the city’s downtown and toured the National Civil Rights  Museum on Saturday, forgoing playing against North Carolina FC to focus on the legacy of the Civil Rights Movement, and the work still to be done.

- Orange County SC’s partnership with legendary Scottish club Rangers FC drew headlines when it was announced last December. Now players Cammy Palmer and Danny Finlayson are becoming regulars in OCSC’s lineup while on loan in California. Soccer America’s Scott French took an in-depth look at the first steps and what the future could hold for the two organizations as they work together.

- El Paso Locomotive FC midfielder Distel Zola made a major leap into the unknown with his family last January when they moved to the Borderplex. After months of confinement due to the COVID-19 pandemic while thousands of miles from friends and family, though, this Saturday Zola’s family finally got to see him play in his new club’s colors at Southwest University Park.

- New Mexico United’s Amando Moreno had a breakout August for New Mexico United, with four goals and two assists to help the club’s ascent toward the USL Championship Playoffs. KOB.com’s Brandon Ortega spoke with the United newcomer about finding his rhythm with the rest of the club’s attacking pieces since his arrival.

- Pittsburgh Riverhounds SC is aiming to put together a ‘complete game’ when it plays host to Loudoun United FC on Tuesday night in the opening game of the new week at Highmark Stadium. The Pittsburgh Tribune-Review’s Greg Macafee has more on the improvements from the most recent meeting between the clubs that Hounds Head Coach Bob Lilley is looking for.