With Clear Eyes and Purpose, Evan Newton is Enjoying his Prime

Indy Goalkeeper is focused on being present, finding balance between fulfillment and ambition 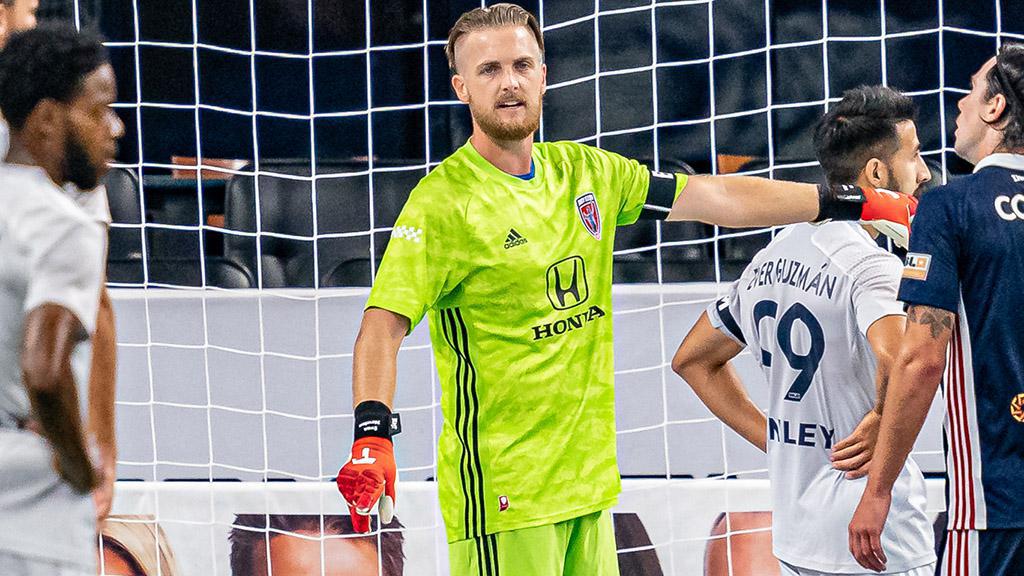 In an accomplished career in the Championship, Indy Eleven goalkeeper Evan Newton has learned to take time to recognize what's he's achieved while remaining on top of his game in a 10-year career. | Photo courtesy Matt Schlotzhauer / Indy Eleven

INDIANAPOLIS – In life, change is inevitable.

For Indy Eleven goalkeeper Evan Newton, one of those changes has been learning to take time to appreciate what he’s accomplished.

“Honestly, I’m a guy who is always striving for more,” said Newton recently. “I think I struggle at sitting in the moment sometimes and appreciating what I’ve done and being proud of my own self. I’m my harshest critic, so I’m always like ‘how can I do more, how can I do better?’ and sometimes it’s nice for a few minutes – and then it passes – but it’s nice for a few minutes to be proud of yourself and be like, ‘Evan, man, you worked hard’ and be good with where I’m at in the moment.”

But until recent years, the day-to-day grind and ups and downs of the professional game were so front of mind, it began to affect other aspects of his life.

“I’ve really in the last few years started trying to grow in myself as a person and not letting football be my identity. Being passionate about football, I love it, but I think football is my passion but not my purpose. I’ve really grown into it.”

It can certainly be a challenge for those whose ambition has always been to reach the top of their chosen professional. Newton is living his childhood dream – “if you’d told me when I was a kid that I’d be a professional soccer player, I’d be ecstatic,” he said – but the challenges that come with meeting the standard and then raising it year after year can cause an internal pressure that ends up hindering progress toward the ultimate goal.

It’s that aspect of achieving a balance between his on-field work and off-field presence Newton has worked on in particular. At the forefront is finding a way to make sure his own self-worth isn’t dictated by outside forces, or unfulfilled ambitions. 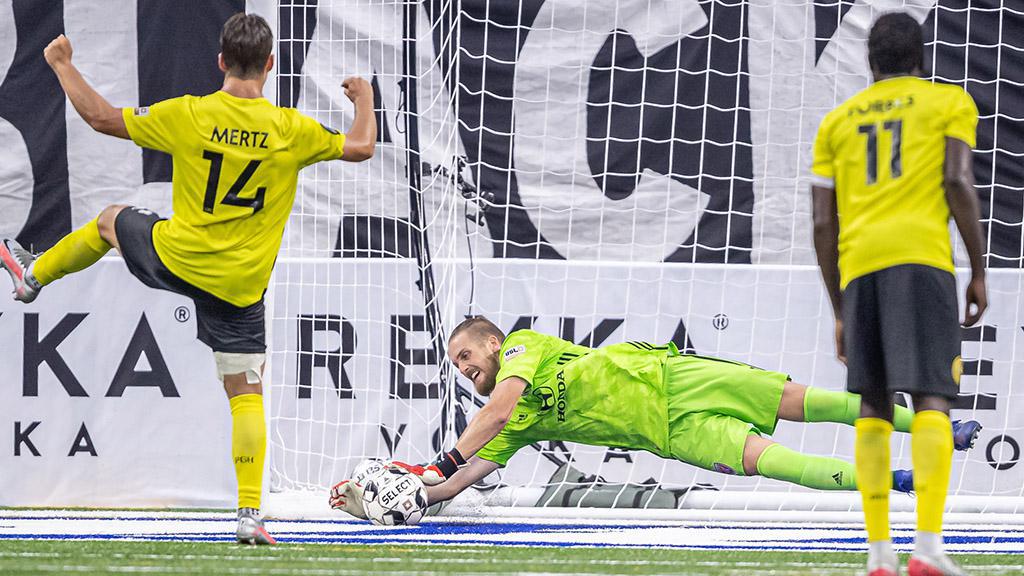 “I think with anything if you idolize a particular thing – whether that’s money or your spouse or your job, anything that you hold in serious importance – that dictates your mood or your happiness,” said Newton. “‘Maybe if I get this much money, I’ll be happy,’ or ‘maybe if I get this job, I’ll be happy.’ There’s always bigger and better [out there].”

At the heart of finding a better way forward has been Newton’s faith. He believes it has helped him find peace with who he is and has allowed him to better compartmentalize the highs and lows that are regular parts of a professional athlete’s life.

“It still creeps into me because that’s who I am, but I’m able to sense it out now and push the urge away and get back to focused on being a better person,” he said. “I think it’s anything that you’re putting – in my faith it’s putting above God – but anything that you’re idolizing to keep it simple, it’s always going to dictate your life because there’s always more. I think it’s [better] where you’re being content in who you are and appreciating the things you have.”