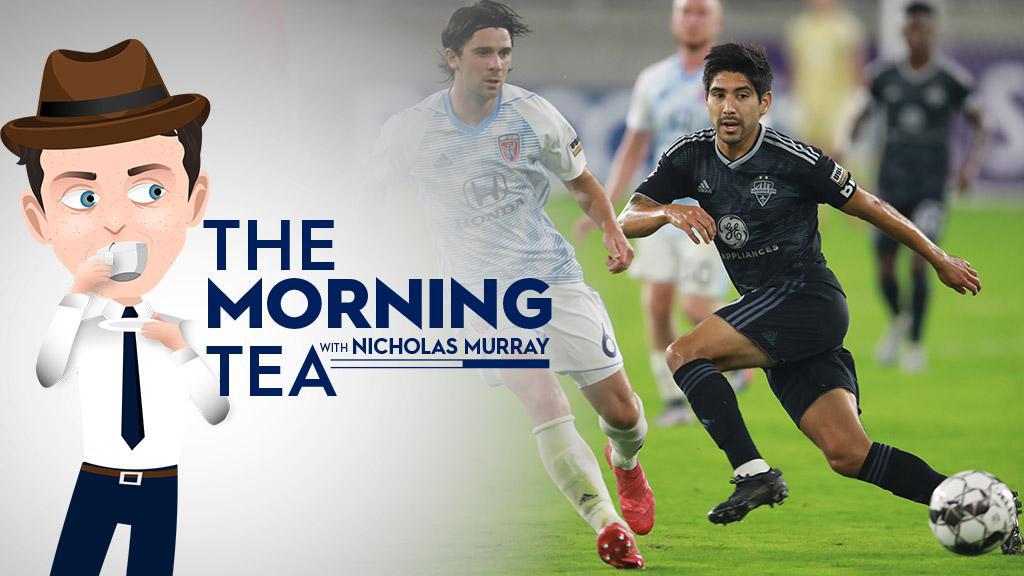 We’ve got an intriguing contest out west to kick off Week 10’s action in the Championship tonight, but that’s followed by potentially the biggest week of the regular season for one of the preseason favorites as it battles for a return to the postseason. Here’s a look ahead in your Morning Tea for Tuesday.

It might feel strange to say it at the midway point of the campaign, but the upcoming week could end up as a defining moment for Louisville City FC’s season.

With a home contest against LIPAFC rival Indy Eleven on Wednesday night at Lynn Family Stadium and then a trip to face Saint Louis FC on Saturday night at West Community Stadium, LouCity could be sitting tied on points with the Boys in Blue by the end of Saturday night, or looking at a steep hill to climb to be part of the 2020 USL Championship Playoffs.

“They’re almost like playoff games at the end of the season,” said LouCity Head Coach John Hackworth to media on Monday. “This is a six-point game for us against Indy because if we do our job and win this game, we’re literally in a position with a game in hand where we could be even on points. If we go to Saint Louis and look at that game on the Saturday, it’s the same way. It will either separate us and give us a cushion or it will put us behind or put us significantly behind. We look at these two matchups as six-point contests, and it sets up a lot of where all three of us will be going into the latter part of the season.”

For LouCity – which suffered defeat to STLFC in the first meeting between the clubs this season before playing to a draw with Indy on August 8 – the six-point gap between itself and Indy at the top of the standings has become manageable thanks to dips in form from both of the clubs sitting directly above it. LouCity has actually earned more points (10) over its last five outings than either Indy or STLFC (7 apiece), and a 4-1 victory against Sporting Kansas City II last Wednesday night seemed the performance of a side that was finally on the same page.

That direction has arrived just in time not only for the next seven days, but those to follow; LouCity will face alternating games between Indy (Aug. 26, Sept. 5, Sept. 16) and STLFC (Aug. 29, Sept. 12) in its next five outings. LouCity defender Oscar Jimenez said, though, that the focus had to be on the here-and-now as the team looks to make its move.

“This club, since I’ve gotten here, it’s all about the next game and not necessarily moving forward, because if we take care of this next game it adds three points to us. If we keep looking on to the fourth game from now, the fifth game from now, it’s not really going to help us out, so we’re focusing all of our energy this week into this game on Wednesday, hopefully we get the three points and then it’s onto Saturday.

“I think with how tight the table is there’s no room for error, but if we focus on not making errors, that’s kinda when errors happen, so if we focus on the process of leading up to this game, we’ll see how the game goes.”

As tough as some were expecting the division to be when the eight groups were drawn up, it’s certainly played out to where the margins between a postseason berth and missing out are even more narrow than usual.

“Normally you have more latitude,” said Hackworth. “Normally you’re playing within your conference and you’re fighting for the Top 10. Right now, fighting for the top two in a group, and in particular having the group that we have, I don’t know that people would have thought it would be as competitive as it is right now, but anybody that watched Pittsburgh-Saint Louis on Saturday night, I mean, Saint Louis should have arguably won that game after a long weather delay, so we know what we have in front of us.” 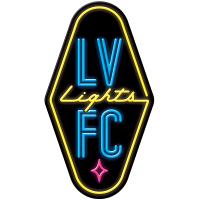 (4-0-2)
Group B
The Gist: Orange County SC will try to continue its undefeated start to the 2020 season as it visits Las Vegas Lights FC at Cashman Field for the USL Game of the Week on ESPN Deportes. Orange County took a 1-0 victory when the teams first met this season as Aodhan Quinn scored the only goal of the game in one of four shutouts posted by OCSC this season. That victory was part of a current four-game winning streak for Orange County, which continued on Saturday night in a 2-1 result against the LA Galaxy II that saw Cammy Palmer join Ugo Okoli on the scoresheet for the Rangers FC loanee’s first goal for the club. Las Vegas has rallied somewhat since its defeat in the last meeting between the clubs. Last Wednesday night it took its first win of the season against Tacoma Defiance, and on Saturday rallied late for a 3-3 draw against Phoenix Rising FC at Cashman Field. That result opened up the path for Orange County to move closer to first place in Group B with a win on Tuesday night, as it now trails Phoenix for first place by six points with three games in hand.
Discipline: None

Always a special feeling to score on your debut! We keep moving https://t.co/ZWsJow84wE

- One of the brightest moments in Sacramento Republic FC’s 2-1 victory against the Portland Timbers 2 on Saturday night was the return to action of Shannon Gomez after a lengthy layoff due to a torn ACL. Here’s more on the recovery of the Trinidad and Tobago international as he made his way back to the field.

- Austin Bold FC’s Nathaniel Adamolekun isn’t the only talented player in his family, and seeing his sister Olufolasade Adamolekun suit up for Jamaican in last year’s FIFA Women’s World Cup has rekindled his own hopes of a national team call-up. Nathanial played for Jamaica’s U-20 National Team in 2016 and told the Jamaica Observer’s Sherdon Cowan he hopes to get back on the radar while playing for Bold FC.

- Las Vegas Lights FC gets its first appearance on ESPN Deportes on Tuesday night in club history as it takes on undefeated Orange County SC at Cashman Field. The hosts will be looking to build on their own recent success against one of the title favorites, with Lights FC having taken four points from its past two outings.

- New Mexico United achieved a club first on Saturday night in its 2-1 victory against Real Monarchs SLC; the first three-game winning streak in the Championship in its history. Soccer America looks at the league’s road warriors, who are well on their way to a playoff place despite having yet to play at home this season.

- Pittsburgh Riverhounds SC got out to a good start but was unable to hold onto its lead against a strong Saint Louis FC comeback on Saturday night. Pittsburgh Soccer Now’s John Krysinsky looks back at a long night at Highmark Stadium and what’s next for the Hounds.