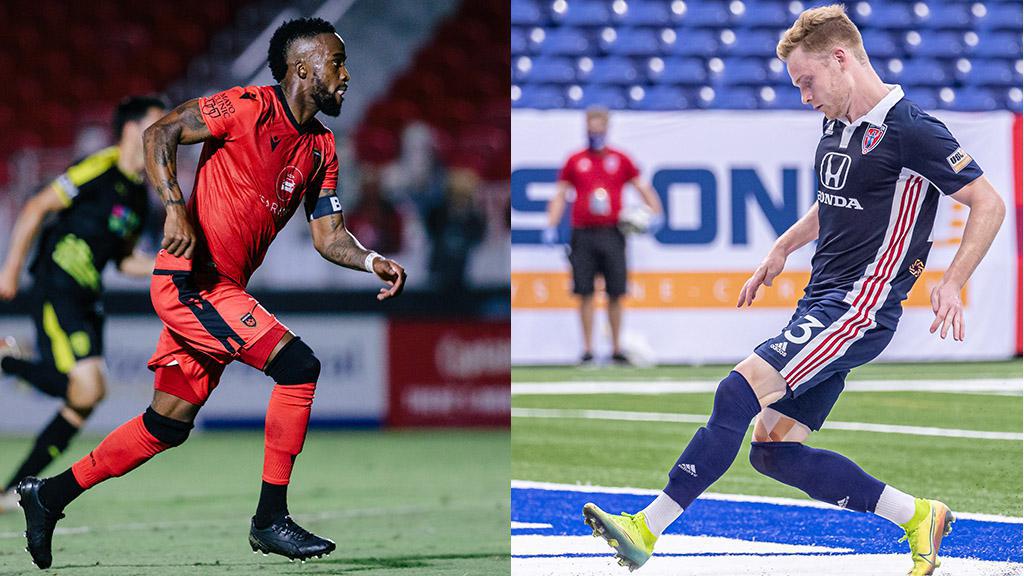 With Phoenix Rising FC's Junior Flemmings on nine goals and Indy Eleven's Tyler Pasher on eight going into this weekend's action, we've got a potentially thrilling race for the Golden Boot shaping up in the 2020 Championship season.

One of the most fascinating subplots beyond which club will lift the USL Championship Final trophy at the end of the season is which individual will win the race for the Championship’s Golden Boot.

While voting for Most Valuable Player and other awards are subject to voters’ whims, there’s no question when the dust settles which player ended as the league’s leading scorer.

It’s made for some great races over the years. In 2015 there was the battle between Louisville City FC’s Matt Fondy, OKC Energy FC’s Danny Konig and Pittsburgh Riverhounds SC’s Rob Vincent, with Fondy claiming the award with a then-league record 22 goals.

All those players posted impressive scoring records. But none of them came close to the pace that Phoenix Rising FC’s Junior Flemmings and Indy Eleven’s Tyler Pasher have set in the first half of this truncated 2020 Championship season.

Flemmings is currently at nine goals and has scored in seven of his side’s eight outings after tallying again in Rising FC’s Wednesday night clash with the LA Galaxy II. Pasher has eight goals through nine games, meanwhile, and has been held off the scoreboard in only two outings so far this season.

No-one in the group of names listed above can come close to either of those paces. For Lancaster, it took 12 games to get to eight goals in his record-setting season. Asante took 13, while Fondy took 14 to reach the same mark. Flemmings’ average of a goal every 75.1 minutes is even outstripping Lancaster’s regular-season mark of 80.2 minutes per goal when he banged in 25 in the 2018 season.

In fact, there’s only one player that can claim to have set a comparative pace to the one Flemmings and Pasher are currently on. That would be current Orlando City SC forward Dom Dwyer, who reached nine goals in eight games on the way to 15 goals in 13 games on loan with the Lions from Sporting Kansas City in the 2013 Championship season.

Now, that was a different era for the Championship, and you could certainly argue the competition Flemmings and Pasher are going up against are better than those Dwyer was facing. But there are similarities between the three that have aided their success. Notably, the powerful hammer in the left foot of Dwyer and Pasher and the right foot of Flemmings, and all three’s willingness to stretch the field with their pace and time their runs to break opposing defenses.

With the quality both players are showing, it certainly wouldn’t be a surprise if either Flemmings or Pasher – or both – were soon keeping company with Dwyer in a higher level of competition as well.

“I’ve told him that if he keeps this up in his performances, we don’t know if he’s going to be in the USL for much longer,” said Phoenix Head Coach Rick Schantz recently of Flemmings. “I really hope that he gets an opportunity to play at a very high level because he’s worked for it, he’s earned it, every bit. He’s a great kid.”

Dwyer has gone on to further success than just at the club level, too, earning selection to the U.S. Men’s National Team for a handful of appearances in 2017. Flemmings is already there, becoming a regular for Jamaica while starting every game of the 2019 Concacaf Gold Cup for the Reggae Boyz, and it certainly might be wise for Canada Men’s National Team Head Coach John Herdman to keep Pasher in his thoughts as World Cup Qualifying gets set to start for the country in October.

What both players will be hoping for now, though, is the chance to lead their sides to the success Dwyer accomplished at the end of the 2013 season. With arguably the greatest individual Championship Final display in the league’s history, he scored four goals and took MVP honors as Orlando lifted its second title with a 7-4 victory against the Charlotte Eagles seven years ago.

And if both are there on opposite sides after dueling it out for the Golden Boot this regular season, it could make for one of the most exciting and entertaining matchups in the league’s history.