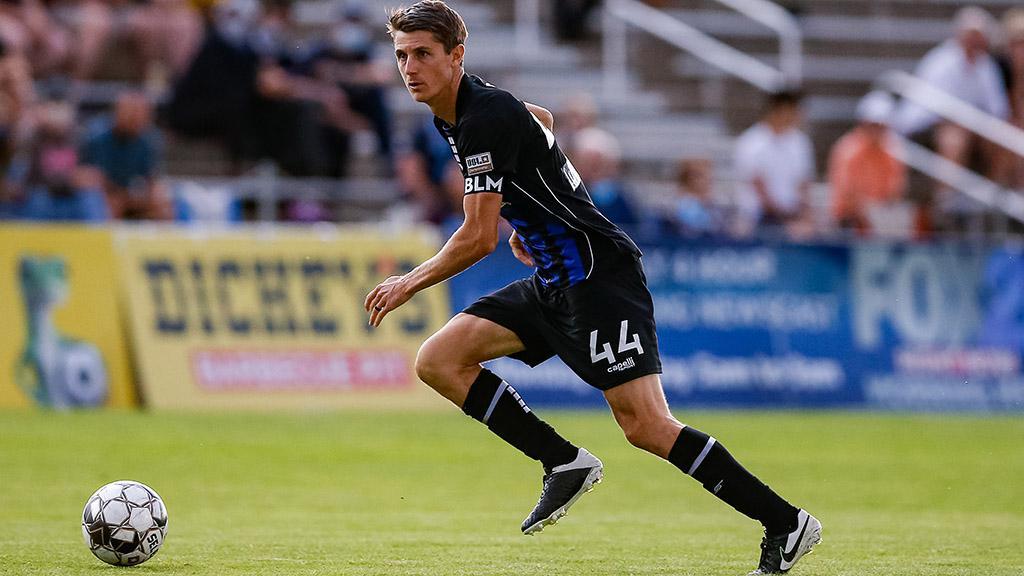 COLORADO SPRINGS, Colo. – Growing up in the Midwest, his family’s skiing trips to Colorado were always a highlight of the year for a young Jordan Burt. They left such an impression that when it was announced Colorado Springs Switchbacks FC would be taking to the field for the 2015 USL Championship season, it seemed like a no-brainer to look into potentially playing for the new club.

“I remember my rookie year when I was at the [Carolina] RailHawks my dad called me and was like, ‘hey, there’s going to be a team in Colorado next year, that would be perfect for you,’” Burt said this week. “I was like, ‘absolutely.’”

Six seasons on, Burt is the lone remaining member of the Switchbacks’ inaugural season to have played every campaign for the club. On Saturday, he’s set to make his 150th regular season appearance in the Championship in the club’s colors, making him the fifth player in the league’s history to accomplish that feat with a single team.

It’s a landmark that is still somewhat surprising to the former Butler University standout.

“It’s hard to believe,” said Burt. “It feels like I’m supposed to be here. To play 150 games, I probably wouldn’t have guessed that, so I feel very fortunate.” 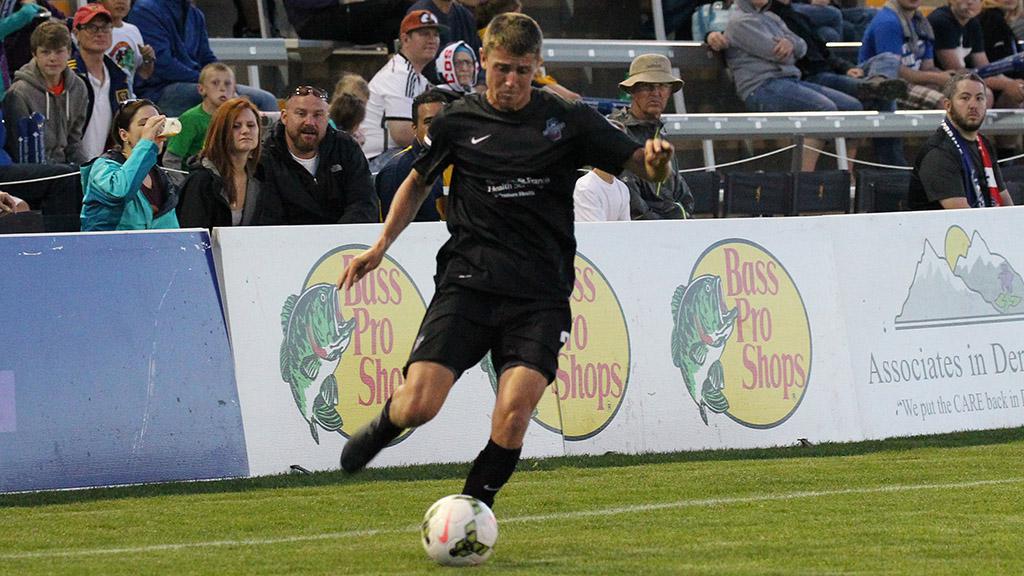 The attraction to Colorado that came from his younger days extends beyond just skiing. Burt has always been an avid outdoorsman, keen on fly-fishing, hunting and hiking. What the state had to offer in those terms was cemented by Burt’s stint in 2013 with then USL League Two club Real Colorado Foxes. Undertaking a summer internship in Boulder, Burt linked up with the Foxes – located about an hour-drive south in Highlands Ranch – to continue to compete and develop his game.

It was an experience he took great memories from, and a desire to return if the opportunity presented itself professionally.

“We had a great group of guys on the team, first of all, and then I was living in Boulder, actually, and working up there day-to-day and then training at night,” said Burt. “Every time I didn’t have soccer and work there were a million other things to do, things that I was excited about. It was impossible to be bored out here, which is right up my alley.”

Burt’s double major in Economics and Finance saw him travel regularly for internships around the country during the summer, and as a result he competed for numerous League Two clubs. From the Rochester (Minn.) Thunder to the Southern California Seahorses to the Washington Crossfire, there was always opportunity waiting for him to travel and find new ways to boost his game at the same time.

“The purpose behind it was to travel, to see new places, but also just to get new experiences,” said Burt. “In college, I landed up where we had to do internships for my degree, and wherever I did an internship, I found the nearest [League Two] team and would do that at night.

“Thankfully, I did that because those were some of the summers where I grew the most as a player and I have a lot of fond memories of going across the entire country. It was pretty special that I got to play that many seasons.”

Now he’s become one of the on-field faces of the Switchbacks – a title he believes is still held by Luke Vercollone, “who was just an absolute legend in my mind,” Burt said – and is at the forefront of the club’s new era as it prepares to begin play in the club’s downtown stadium next season. Burt regularly drives by the construction site to check on the rapid progress that’s being made to the 8,000-seat stadium and can’t wait to get the chance to take the field next year.

“For me, I’m one of the only guys that’s been around but I know what we started with and where we’re going, it’s definitely transformational,” said Burt. “It ultimately just brings the level of professionalism up to a really high bar.

Having just turned 30 years old this week, though, while achieving a significant landmark is a great feeling there’s still plenty Burt believes he has the opportunity to achieve. 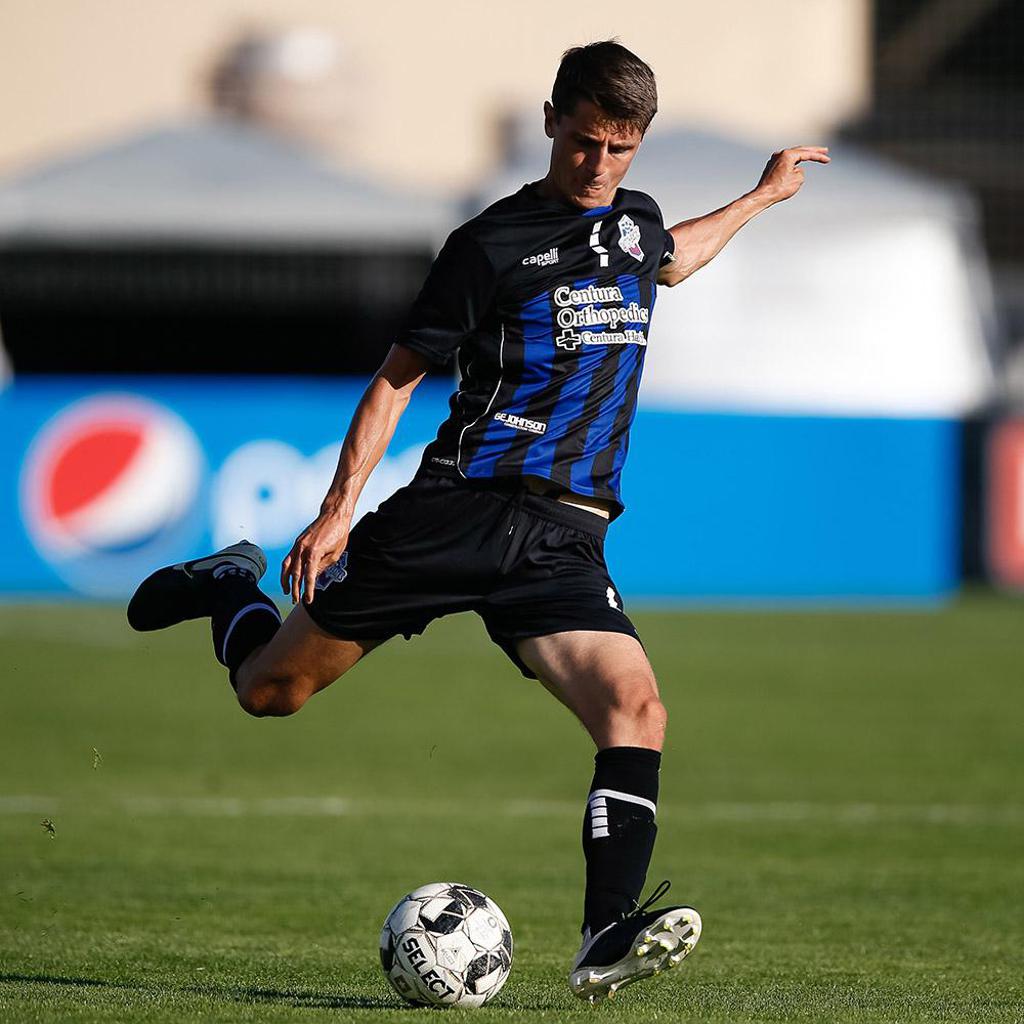 “If I look back on all the players I’ve played with, there’s been some amazing players that have fallen through the cracks of professional soccer,” said Burt. “Even though a lot of these guys may have been better than me, I’ve found a way to stay on the field, stay healthy and keep earning the next contract. For me, I think it is something to be a little bit proud of, but I’ve got to keep pressing on. I can’t stay content just with the number of games.”

But there’s certainly no place – and no club – he’s rather be part of.

“When you look back at it, I feel like it’s something to be proud of, for sure,” he said. “I’ve been super-loyal to the city and the club, and I’m grateful for that because life is really good here and you can’t ask for much more.”