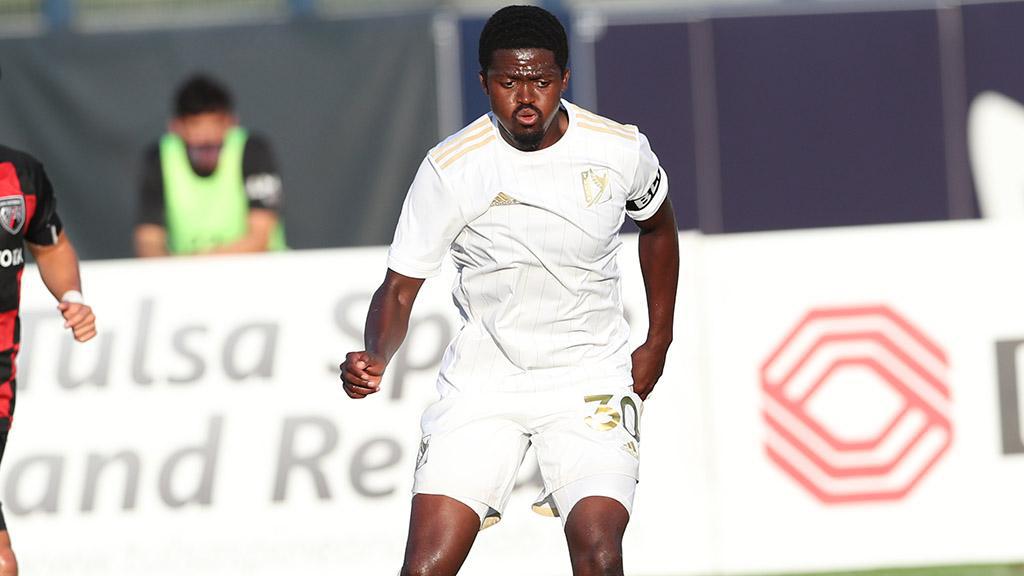 One of the club's offseason arrivals, FC Tulsa's Lebo Moloto is hoping to extend the club's undefeated start to the season to six games on Wednesday night against Austin Bold FC. | Photo courtesy FC Tulsa

TULSA, Okla. – Boasting a five-game undefeated streak to start the club’s new era, FC Tulsa has established itself as a serious contender to reach the 2020 USL Championship Playoffs.

There’s no time for celebration yet as the club’s newfound success will face a tough test on Wednesday as it gets set to host Austin Bold FC – which currently sits in third place in Group D – at ONEOK Field.

But there is an added incentive to pull out another positive result, too; with either a win or a draw, and a six-game undefeated run, Tulsa would set a new club record. For newcomers to the squad like Lebo Moloto, creating notable moments in the club’s new colors is exactly why they’re here.

“For me personally, that was the main reason I came to Tulsa – to be a part of this, of something special, of a new brand,” said Moloto to media on Tuesday. “I talked to the club president, and he explained to me the missions of the club and to me, that’s the reason why I’m here. I’m pretty sure the other guys can attest to that. I think it’s been amazing. It’s been amazing to be here. I’m thankful to be a part of Tulsa and it shows on the field. The group of guys that we have, everyone is in form and happy. Defensively, offensively, we’re doing well.”

Tulsa remained undefeated after coming through its biggest test of the season so far last Wednesday night as it earned a 0-0 draw with group leaders San Antonio FC. While that was a good result to take home as Tulsa hopes to try and reel in SAFC over the second half of the season, this next game with Bold FC will be one of the most important of the season.

Thanks to the lack of form of both OKC Energy FC and Rio Grande Valley FC so far, Tulsa and Austin appear set to do battle for the group’s second place spot. FCT holds a two-point edge with both teams five games into their season, but Austin has shown signs of rounding into form after its time away from the field, including almost grabbing victory against San Antonio FC on Saturday night.

After scouting the club for a second time after the initial meeting between the two sides was postponed, Tulsa Head Coach Michael Nsien feels prepared.

“Obviously, we studied them before,” said Nsien. “It was an away match, of course, but to do it at home we should be really up for it. We wanted to score a few goals for our fans last week, so we will be looking forward to doing that tomorrow.” 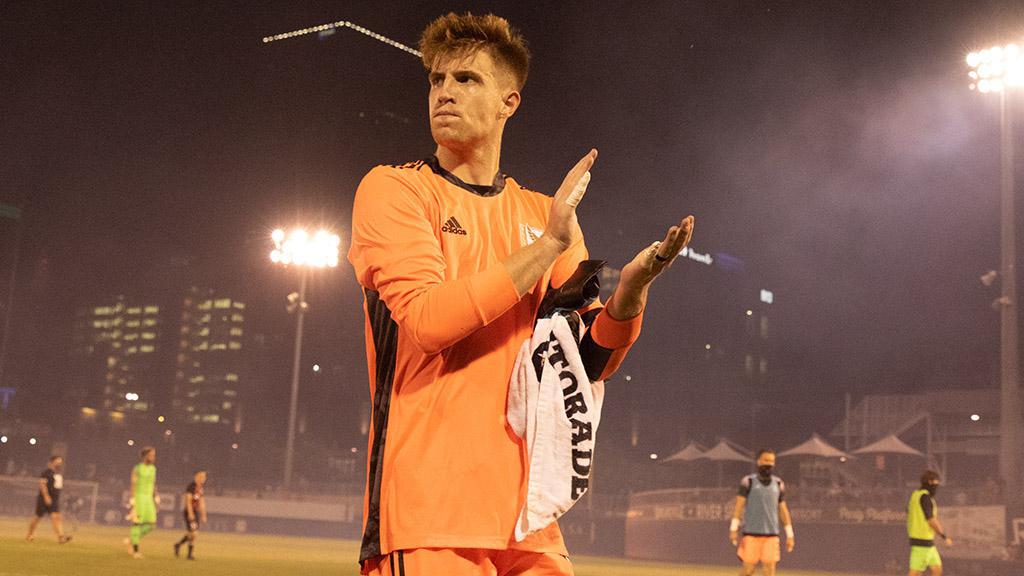 Finding the net with more consistency after scoring six goals in five games is the next step for Tulsa and may end up crucial to their playoff hopes in the end. But the side has been among the best in the Championship so far defensively, conceding only three goals in five games as goalkeeper Sean Lewis has pulled off a pair of shutouts.

For Moloto, that defensive stability has come down to mentality within the squad and the visual foundation that was laid by Nsien during the league’s temporary suspension.

“As much as we were quarantined, there were a lot of zoom meetings that Mike was basically focused on team shape, team structure and I think that kind of helped us a lot,” said Moloto. “Also, at the same time, it’s the group of guys that we have. We have a lot of guys that are very unselfish. They put the team first, they put FC Tulsa first. I think that is what’s most important.”

With a chance to take another big step toward the postseason – and a chance at a small piece of club history – Wednesday night is another opportunity for Tulsa to shine.

“They could go a point ahead of us or we could go five points ahead of them,” said Nsien. “We know that every time, in the league, it’s about trying to get that separation. They have us twice away still, so it’s important that we pick up our points at home because we can make sure we have them in the bag.”