THE MORNING TEA – Has LouCity Turned the Corner? 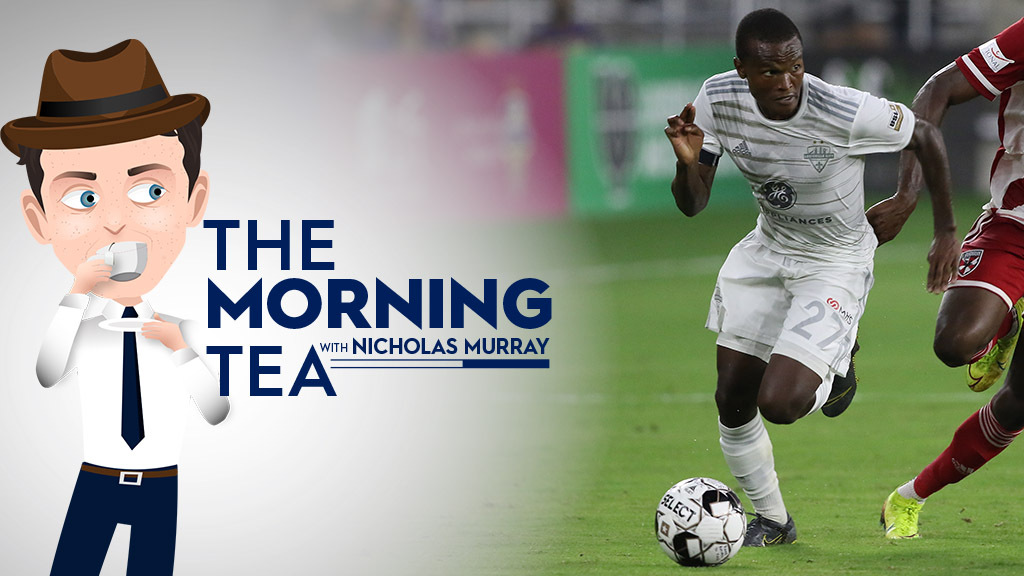 We’re on course to reach the midway point of the season on Sunday night, and that includes 10 games to kick things off on Wednesday. Among those in action are Louisville City FC, which might have turned a corner in its win against Loudoun United FC on Saturday. Here’s your Morning Tea for Tuesday.

By Louisville City FC standards, it’s been an unusual start to the season. One that’s resulted in plenty of tough conversations about what it’s going to take to turn things around and ensure the three-time Eastern Conference title-holder get a chance at defending its postseason crown.

But those conversations are, for LouCity Head Coach John Hackworth, ultimately going to get the side moving in the right direction as it vies for a sixth consecutive year of playoff action.

“This is a broad statement, but I’d love people to have more tough discussions,” said Head Coach John Hackworth on Monday. “There’s not enough of that going on. There’s a lot of people yelling about this, yelling about that, get upset. I’d rather have people sit down in a room, that’s what we do. We have a lot of issues, we have a complicated sport, there’s many different ways to look at it, but to try to get a group of 30 people on the same page, singing from the same tune sheet, you’ve got to have some of those hard discussions.”

Saturday’s 2-0 victory against Loudoun United FC at Lynn Family Stadium was at least a positive step forward for the club. Not only did the hosts produce multiple goals in a game for the first time this season, but they also outperformed their visitors almost across the board.

It’s one thing to produce that type of performance against a side that will struggle to make the playoffs this season, however, and to do the same against a team you’re directly battling for a place in the postseason. That test arrives on Wednesday night in the form of Sporting Kansas City II, which claimed victory in its last outing in Louisville and is still in the mix in Group E despite a 3-1 setback to Saint Louis FC on Saturday.

Hackworth is optimistic the side’s progression will continue in the third meeting between the clubs this season.

“I’m biased, but I think it’s pretty clear we’re making some corrections, there are things we’re getting better at,” said Hackworth. “When I watched the game back and went through all the clips, we are making progress, there’s a lot of positives, and still a lot to go and build on, but I feel very confident about the direction we’re heading.”

If there’s anything for Louisville to hang its hat on, though, it’s been the way the side has closed out seasons over its history. Wednesday marks the game in hand it currently holds on Saint Louis, which is three points ahead of it in the standings, and also the midway point of the regular season for LouCity. Over the past three seasons, Louisville has posted a record of 15-3-6 over its final eight games of the regular season, and that ability to close out a season strongly could make the difference in the sprint to this year’s playoffs.

“We always have a growth mindset,” said Hackworth. “We went over our review and film and identified areas where we feel we can still get that small percentage better, and that is absolutely one of those areas where we continue to look at and say, ‘if we make a better decision here, it’ll give us yet another opportunity and even a better one.’ It’s something I love about coaching these guys because they’re willing to have tough discussions, look at video in detail and analyze something and then say, ‘OK, we can do this better.’ And if we continue to do that, it’s one reason why this team continually gets better as the year goes on.”

Always an honor to wear this shirt and to be a part of a win for this club. Thank you to everyone for the kind words hopefully there are many more to come! Big shout to @villbijev for the tap in #50 pic.twitter.com/j9VYnMF5U2

- U.S. Soccer announced the cancellation of the 2020 Lamar Hunt U.S. Open Cup on Monday, officially bringing the curtain down on this year’s tournament as the COVID-19 pandemic – which has impacted travel, limited or eliminated fans in the stands at games, and necessitated strict testing protocols – left the nationwide contest unable to be played.

- Indy Eleven has the Championship’s Player of the Month for July in Tyler Pasher, Coach of the Month in Martin Rennie, and on Saturday goalkeeper Evan Newton became the first goalkeeper in the Championship’s history to reach 50 shutouts for his career as the side took a 1-0 victory against Pittsburgh Riverhounds SC. The Indianapolis Star’s Kevin Johnston has more on one of the league’s title contenders.

- With four goals already for the Charlotte Independence this season, the Championship’s all-time leading scorer Dane Kelly has quickly settled into his new home at the Sportsplex at Matthews. The Charlotte Post’s Ashley Mahoney spoke with the Jamaican about his return to consistent form in Charlotte.

- The road to the USL Championship Playoffs has been an even longer one than most for New Mexico United so far this season. The club sits on top of Group C despite playing every game on the road so far, and is aiming for more success as it visits Real Monarchs SLC for two games this week in Utah. KOB’s Brandon Orgega spoke with Head Coach Troy Lesesne before the trip.

- As one of the new arrivals to Hartford Athletic’s defense, Matheus Silva has proven to be key to the club’s success. The Brazilian has played every minute of the season so far for the club – the lone outfield player on the team to hold that distinction – as the Journal Enquirer’s Adam Betz went to find out more.

- A busy patch in Pittsburgh Riverhounds SC’s schedule didn’t end the way the club had hoped against Indy Eleven on Saturday night. Now, the Pittsburgh Tribune Review’s Greg Macafee writes, the side is aiming to rebound in a midweek visit to Loudoun United FC.

- Could there be a relationship between Major League Soccer expansion side Charlotte FC and the Charlotte Independence in the future? The Charlotte Post’s Ashley Mahoney spoke with CFC Sporting Director Zoran Krneta about that possibility, and the major soccer culture in the region that long predates the newcomers' arrival.

- OKC Energy FC played to a 0-0 draw against Rio Grande Valley FC to continue what has so far been a frustrating first season in charge for Head Coach John Pascarella. As The Oklahoman’s Derek Parker found out, however, Pascarella believes things are moving in the right direction overall for his new club.

- Rio Grande Valley FC’s James Murphy has already seen ups and downs in his young career, including competing in England and Scotland while also spending a year at LAFC in its inaugural season. The 22-year-old New Jersey native spoke with Beautiful Game Network’s Carson Merk about his path so far, and settling in with the Toros.