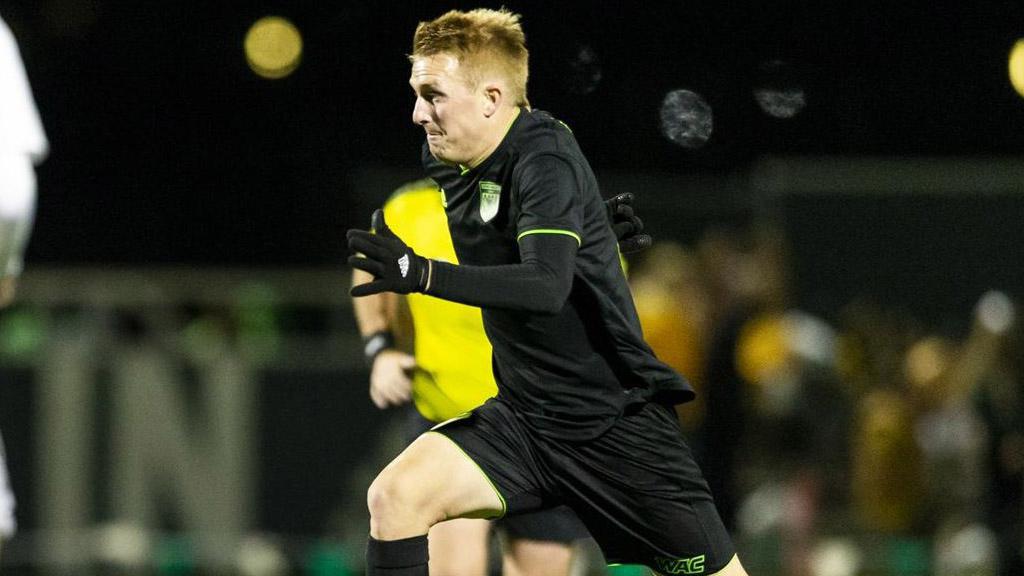 LAS VEGAS – Las Vegas Lights FC announced on Wednesday the addition of another local standout to the club’s squad with Blake Frischknecht joining the side for the remainder of the 2020 Championship season. The latest signing under the “Lights FC Homegrown Player Program” presented by Nevada State College, Frischknecht starred at Centennial High School where he was named first-team All-State, All-Sunset Region and All-Northwest Division.

The 2019 Western Athletic Conference Offensive Player of the Year at Utah Valley State, Frischknecht joins the professional ranks with Lights FC after training with the club in recent months while rehabbing a knee injury suffered last fall in his senior college season. He was cleared this week for full contact play.

Frischknecht had initially attended college at Brigham Young University – where he competed for the Cougars’ USL League Two side and recorded six goals and seven assists over 20 appearances in the 2013-14 seasons – before taking a two-year hiatus to complete a mission for The Church of Jesus Christ of Latter-Day Saints in Bahia Blanca, Argentina.  Upon returning to the States he joined the Utah Valley University, where he recorded 20 goals in 52 appearances for the Wolverines, including 13 goals in 19 appearances last fall.

However, the 24-year-old might be best-known to Lights FC fans for his 89th-minute goal for amateur side Orange County FC against Las Vegas at Cashman Field during the 2019 Lamar Hunt U.S. Open Cup, which proved the winner in the cupset.