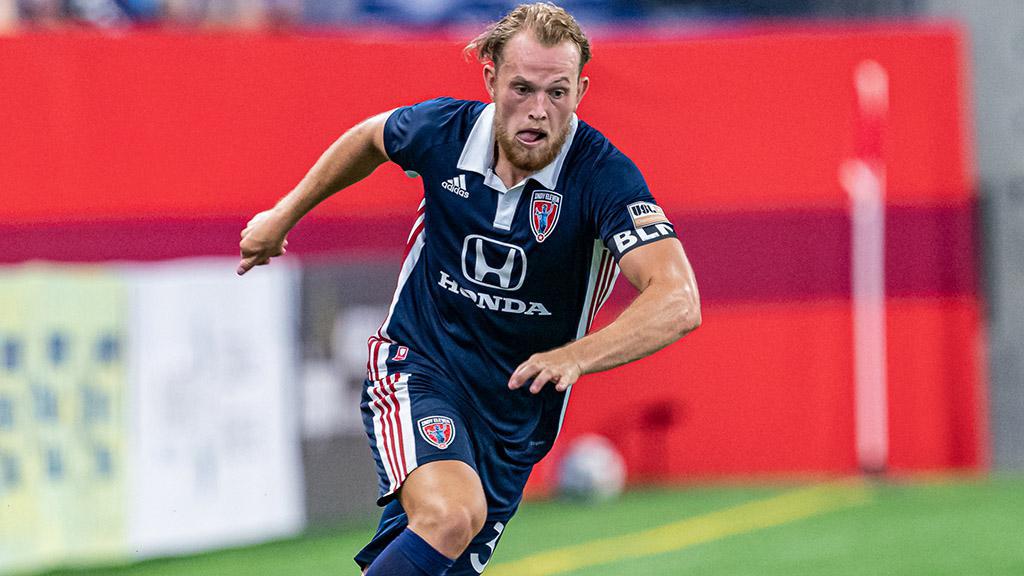 “We are always looking to improve the quality of our squad,” stated Head Coach and Technical Director, Mark Lowry. “I believe to win a championship and to play at the level we aspire to play at every game, you need a squad that can handle the demands of a full season. Adding Macca gives us a player who fits into the character of our team and a player who has won games in the USL with Indy Eleven. He is familiar with what it takes. We are looking forward to getting him in and training with the team.”

King joins Locomotive FC having made 22 appearances for Indy since joining the club prior to the 2019 Championship season. The 25-year-old recorded one goal, three assists as well as 25 clearances and 14 interceptions as Indy reached the Eastern Conference Final of the 2019 USL Championship Playoffs.

Prior to his time with Indy, King was a standout at NCAA Division II power Young Harris College in Georgia. King was selected to the United Soccer Coaches NCAA Division II All-Southeast Region Team following both his Junior and Senior years, and was a three-time selection to the All-Peach Belt Conference First Team during his career. The 25-year-old originally developed in the Academy system of Premier League club Leicester City FC, and additionally competed in USL League Two for Mississippi Brilla FC, the Charlotte Eagles and Sounders FC U-23.

During his time at Young Harris College, King earned his degree in Business and Public Policy.