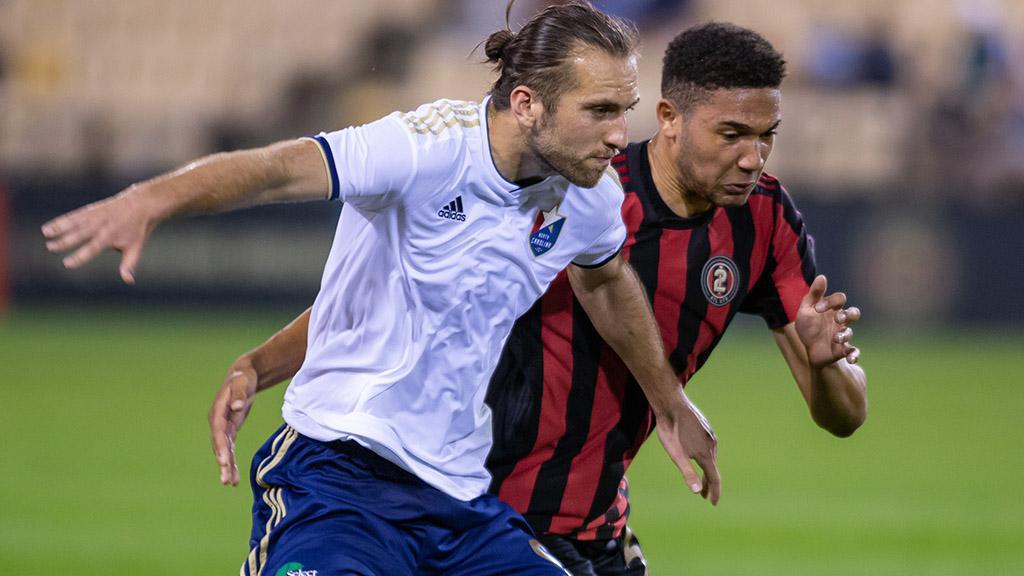 Marios Lomis scored 11 goals in 37 Championship appearances for North Carolina FC over the past two seasons, and now returns to the club after his transfer from El Paso Locomotive FC. | Photo courtesy Atlanta United 2

CARY, N.C. – North Carolina FC announced on Friday it had acquired forward Marios Lomis from El Paso Locomotive FC, transferring the 25-year-old striker back to the club he had previously spent the 2018 and 2019 seasons with. Per club policy, no further details were disclosed.

“It feels good to be back in a familiar environment,” said Lomis. “I know a lot of my teammates and coaching staff. It’s like having fresh air in my lungs.”

Lomis previously made 37 appearances and recorded 1,861 minutes for NCFC. Last season he recorded six goals in 12 appearances in a season that was upended early by injury. His return to the field late in the campaign saw him earn the club’s Comeback Player of the Year award.

In 2018, the Dutch forward scored five times and had two assists. His first goal for NCFC came against the Charlotte Independence. He also scored three goals in the 2018 Lamar Hunt U.S. Open Cup.

So far in 2020, Lomis had played in all five games for El Paso but had yet to find the net for Locomotive FC. He will once again play aside his 2019 teammate Robert Kristo and will also have a chance to play with first-year NCFC forward Hadji Barry.

“We were really pleased to be able to bring Marios back,” said North Carolina FC Head Coach Dave Sarachan. “He is a professional that understands the mentality and culture we have here. It’ll be a seamless transition for him to jump in almost where he left off.”