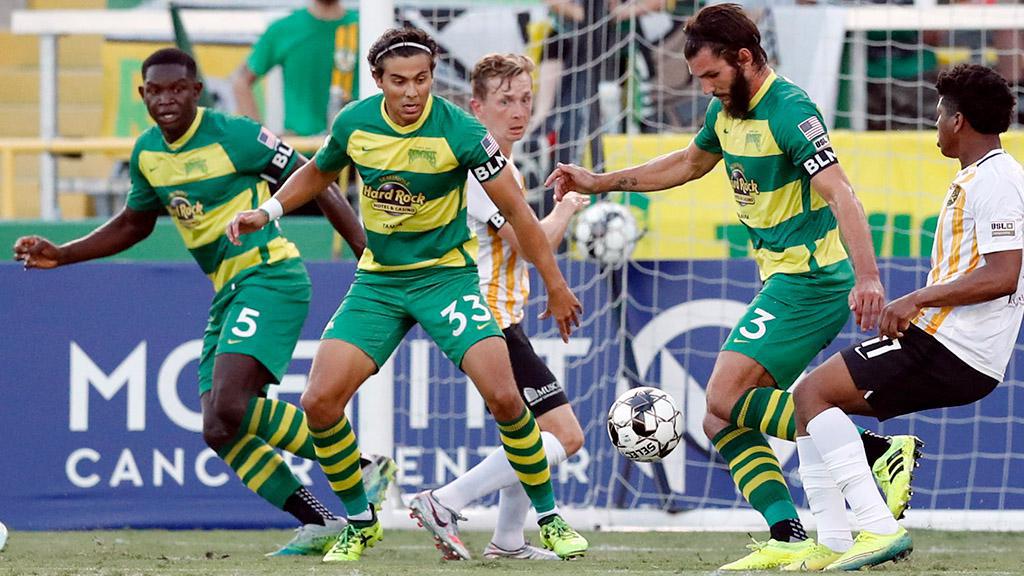 ST. PETERSBURG, Fla. – The prevailing logic for any soccer club is that preserving some continuity defensively is a key element to year-on-year success.

So, when the Tampa Bay Rowdies entered the 2020 season with a completely new set of center backs and goalkeeper, there were questions as to how quickly the new unit would mesh together.

For Rowdies Head Coach Neill Collins, though, there was never a doubt as to what the new group led by goalkeeper Evan Louro and center backs Forrest Lasso, Jordan Scarlett and Aaron Guillen would bring to Al Lang Stadium.

“People were worried about change, because continuity and consistency in the back line is one of the most important things in the team,” said Collins this week. “I wasn’t concerned in the slightest because I knew the guys we were bringing in were going to bring a lot of the attributes we had and a lot more in other aspects.”

And even with the break in the season that could have seen the team spend time building chemistry on the training field rather than during Zoom calls, Collins’ belief in what he had to work with has borne out. The Rowdies posted their second shutout of the season last Friday night and have conceded only four goals in five games in an undefeated start to the campaign.

Those numbers are good, but what’s also notable is how little the Rowdies have offered opponents so far. Teams facing the Rowdies have averaged only 9.2 shots per game and two shots on goal per game. That can partly be attributed to the club’s ability to hold possession, but also to the organization throughout the side and the back line when it comes to keeping opponents in check.

For Louro, that’s a measure of the experience and quality of the players in front of him.

“I think … once you reach a certain level there’s a standard that’s set,” he said. “I think the new guys with myself and the three center backs with Jordan and Forrest and Aaron, we’ve all been around the league, we’ve all played against each other, and Jordan and myself playing with each other – this will be our fourth season together – definitely helps.

“We’re good players. We know what we need to do, and we know what each other’s strengths and weaknesses are, and I think that experience definitely comes out to play in this, for sure.” 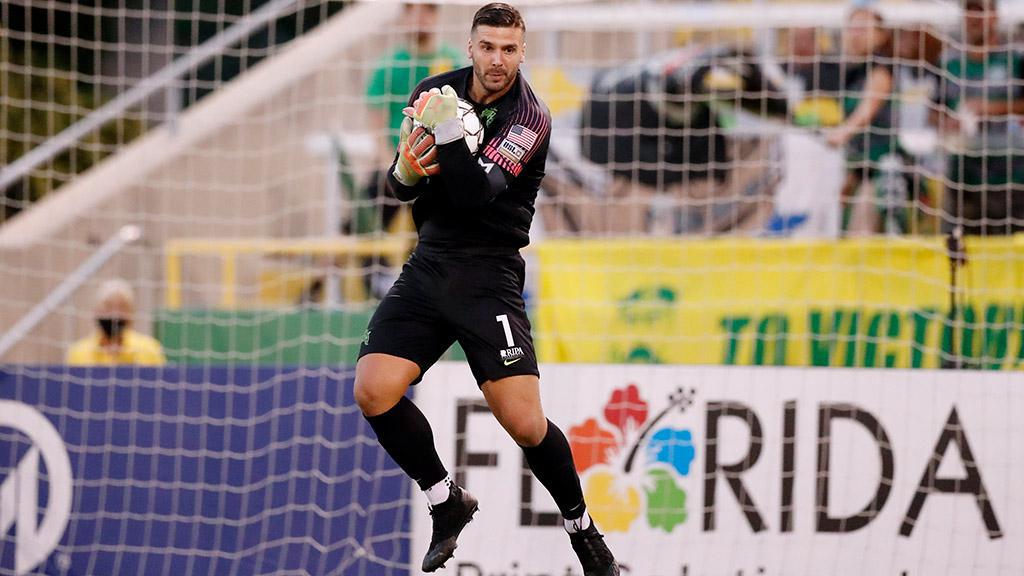 Louro’s experience playing with Scarlett for the New York Red Bulls II provided some continuity, but what excites Collins – a former center back himself – about in the new additions to his defensive corps is the mentality each brings to the training field and gameday.

“We’re going to get better and better because of the mentality of the guys that we’ve been talking about, including Max [Lachowecki] as well, who’s come in and done really well,” said Collins. “They’ve got a great willingness to learn, and they’ve got a great willingness to work, and that was a big thing when we highlighted Evan, Jordan and Forrest and Aaron, they’re competitors. They’re fierce competitors. All different characters, but fierce competitors and they’re all going to get better. I’m just really looking forward to working with them in the future to get them better.”

As the Rowdies look to cement their place at the top of Group H on Friday night with their first visit to in-state rival The Miami FC at Riccardo Silva Stadium, finding another shutout would certainly be nice, but maintaining the team’s success is the main focus for Louro and company.