HARTFORD, Conn. – For Danny Barrera, Sunday night provided another landmark night in a career that’s been filled with them.

For Alfonso Vazquez, there was the first landmark moment in what will become a long and successful path ahead.

It added up to one of the best nights for Hartford Athletic since the club reopened Dillon Stadium just over a year ago, with local talent Vazquez bringing the house down with his first professional goal to put the cherry on top of a 4-1 victory against Loudoun Athletic FC.

Signed in March shortly before the start of the presumptive start to the Athletic’s season, the 18-year-old Vazquez’s strike showed just why Hartford’s leadership brought him into the professional ranks. A good piece of close control on Dre Deas’ cross from the left was followed by a thunderbolt of a finish that caromed in off the underside of the crossbar, causing his teammates and the socially-distanced crowd to erupt.

“I saw Dre going into the corner, so I knew I had to be in the box just in case and it came perfectly to my chest,” said Vazquez. “I thought for a quick second I had to push it out to be able to score and I saw the goal right there in front of me and I thought very fast in my head, ‘Smash it!’ and it just went in.” 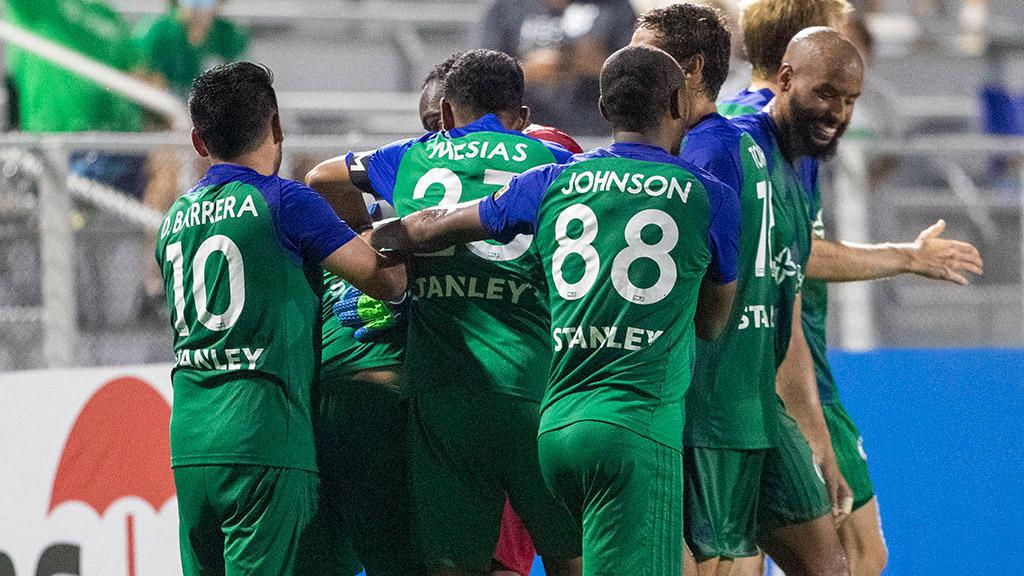 Vazquez may have more to say about the Athletic’s playoff chances later this season. What’s much more certain is that if Barrera continues in the rich vein of form he’s found so far, the Athletic will be among the serious contenders for a postseason spot. The playmaker recorded his 30th assist in the Championship’s regular season on Sunday night, the fourth player to do so in the league’s history following Kenardo Forbes, Maikel Chang and Jorge Herrera.

Both of Sunday’s assists – which now give him five for the season, good for second in the Championship – came in connections with Ever Guzman, who is also living up to his billing as the consistent scoring presence Hartford was looking for this offseason. Two through-balls from Barrera, two well-timed runs and precise finishes from Guzman and Hartford had a two-goal lead inside the opening 20 minutes against United on Sunday.

It’s a connection that looks set to pay handsome dividends throughout the campaign.

“It’s actually incredible for me,” said Barrera. “It’s always nice to be a center-mid with a striker that’s ruthless, very professional. His movement is just incredible off the ball and honestly it just makes it easy for me to find him.”

“We’ve been working a lot on this the last couple of weeks,” added Hartford Head Coach Radhi Jaïdi. “We wanted to have the connection between the midfield and the strikers and then Guzmán is the type of player who likes to run forward, likes to score goals obviously, and that’s what Danny does. So, the connection is natural, and we worked on some patterns that will help them to keep the connection and make the connection more effective like we saw tonight.” 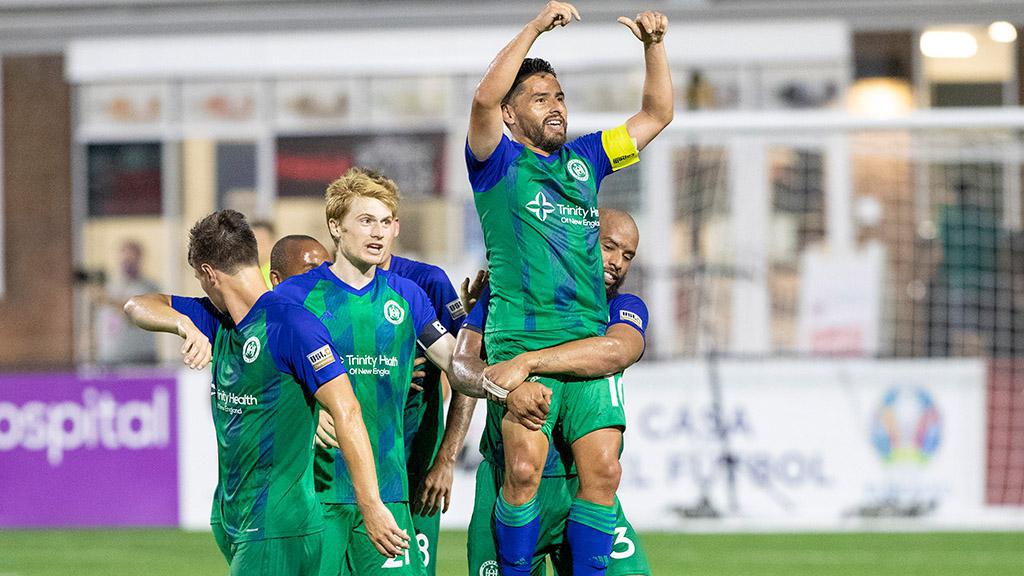 The night, however, belonged to Vazquez. For the kid who had previously scored a state record in Connecticut of 149 goals for Windham High School, his first goal in the colors of Connecticut’s club proved as memorable as he had hoped it would.

“It’s going to be very special because that really was what my dream was, to become a professional soccer player,” said Vazquez. “Now that it is happening and happening in my hometown, my family being able to witness and see everything happening is just an amazing feeling.”