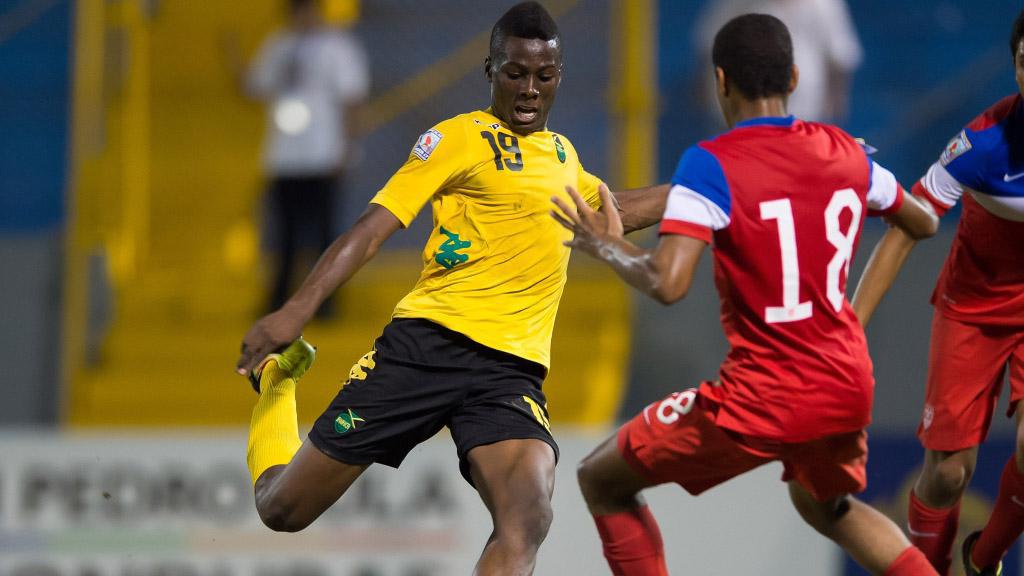 Austin native Nathaniel Adamolekun in action for the Jamaica U-17 National Team against the United States in 2015.

AUSTIN, Texas – Austin Bold FC announced on Friday it had signed another Austin native to its squad for the 2020 USL Championship season with the addition of forward Nathaniel Adamolekun, pending league and federation approval. Per club policy, contract terms will not be released.

“I'm grateful for the opportunity to be back home in Austin and be close to my family, friends, and support network during this COVID-19 pandemic,” said Adamolekun. “I'm excited to get in with Austin Bold FC and play with guys I already know, continue to make my mark, and help The Bold achieve the goals we've set for the season.”

Adamolekun played for FC Pinzgau Saalfelden in the Austrian Regionalliga West 2019-20 season. The 21-year-old forward scored eight goals in seven matches for the Austrian club in the first half of the season before a league-wide suspension due to the COVID-19 pandemic.

Raised in Austin, Adamolekun shined locally for youth club Lonestar SC before joining Orlando City SC's inaugural MLS academy in 2013 and making appearances for the MLS side's U16 and U18 squads. The Austin native was awarded a soccer scholarship from UNC-Chapel Hill and represented the Tar Heels in 2016. Adamolekun began his European career in Portugal with then Primeira Liga club CD Feirense in 2017 and spent the 2018-19 season on loan at FC Pedras Rubras.

Adamolekun represented the Jamaican National Team during the 2015 U17 CONCACAF World Cup Qualifiers and received recognition for his tournament performance.