After nine-month wait for action, Southampton loanee is getting back into the swing of things 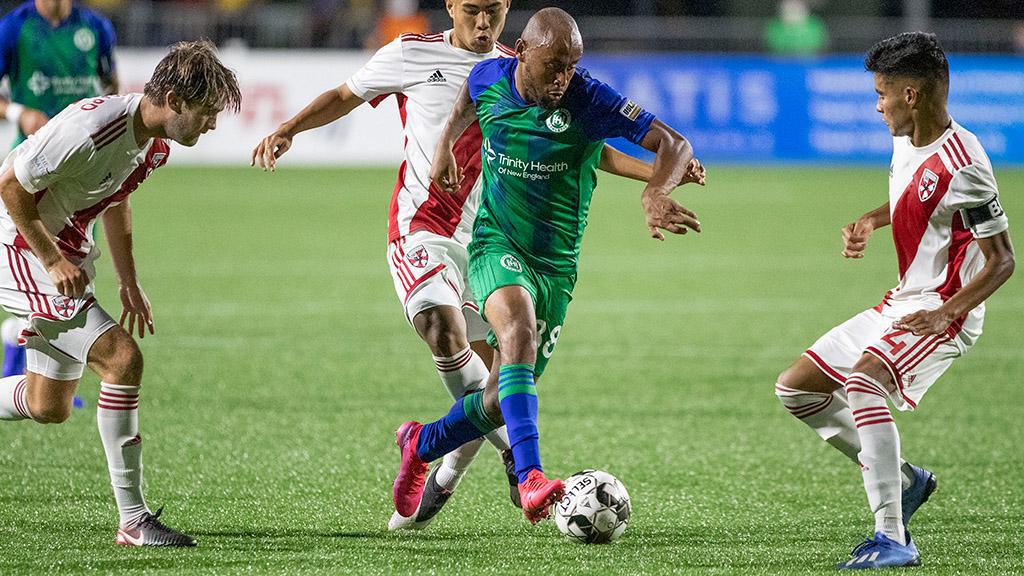 Tyreke Johnson has notched one goal in three apparances for Hartford Athletic this season, and is enjoying his experience at the club on loan from the Premier League's Southampton FC. | Photo courtesy Hartford Athletic

HARTFORD, Conn. – When he arrived at Hartford Athletic this spring, brought in on loan from the Premier League’s Southampton FC, Tyreke Johnson figured he’d get the chance to impress the club’s fans with his talent.

What he didn’t know upon arrival was that the first thing that would endear him to the Mad Hat Massive and 19th Regiment – and the rest of the Athletic’s fans – wasn’t his ability on the field, but on the sticks instead.

“Yeah, it was a strange time playing FIFA for the fans,” Johnson said this week. “I didn’t think that would be the first time they’d see me through Playstation, but it was nice having them in the chat showing the support.”

Johnson picked up the controller to represent the club in the USL eCup: FIFA20 edition in May as the USL Championship and its clubs awaited the chance to return to play on the field following the suspension of the season due to the COVID-19 pandemic. With his success in the virtual realm, though, Johnson got a chance to experience Hartford’s passionate fanbase, and very much appreciated the warm welcome.

More recently, Johnson has shown his talent in the virtual game is surpassed by his ability in real life. A beautiful goal to cap the Athletic’s 3-1 victory against Loudoun United on July 20 gave the 21-year-old a rush as he worked his way back into the rhythm of the game after a longer than expected wait for live action.

“For me, it was a great feeling to score my first goal,” said Johnson. “I hadn’t played a proper competitive game in about nine months, so to get my first goal in so long, it felt so nice. I also really enjoyed playing in front of the fans, because obviously we can have 25 percent of the capacity, and I’m thinking about what the atmosphere [will be like], imagining 100 percent of the stands it’ll be even better. We just want to keep working hard, and hopefully we’ll keep getting results.”

Coming through the system at Southampton, where he signed as a 15-year-old, Johnson is a product of one of the best development academies in England. With the resources the club has at its disposal, that means a focus on getting the best out of every player within the club’s ranks from the First Team down, but for Johnson it also meant a well-rounded insight into how fellow Academy graduates like Alex Oxlade-Chamberlain, Adam Lallana and Gareth Bale reached the top of the game.

“At the Academy, it’s a really [hard-working] academy,” said Johnson. “All systems, education, sports scientists, psychology and of course the football, the coaches are all top coaches, so you learn a lot, and you learn as much as a player as a person, so I think that was a really great step for my career. I really love it there.

“If you’ve got questions, there’s always enough time, they’ll give you plenty of time to chat. You always feel like you have someone to talk to, and even when things aren’t going well the physios will work with you. I think in all aspects, Southampton is a great club. Even educationally, they really help you as much as they can.”When it came to finding the right opportunity to build his own career, the new connections being built between Southampton

and Hartford then made it a logical fit, especially with former Saints U-23s Head Coach Radhi Jaïdi taking the reins for the club’s second campaign. Having a familiar face at the club has Johnson feeling positive about not only his game, but also the potential for the Athletic to succeed this season as Jaïdi calls the shots from the sideline. 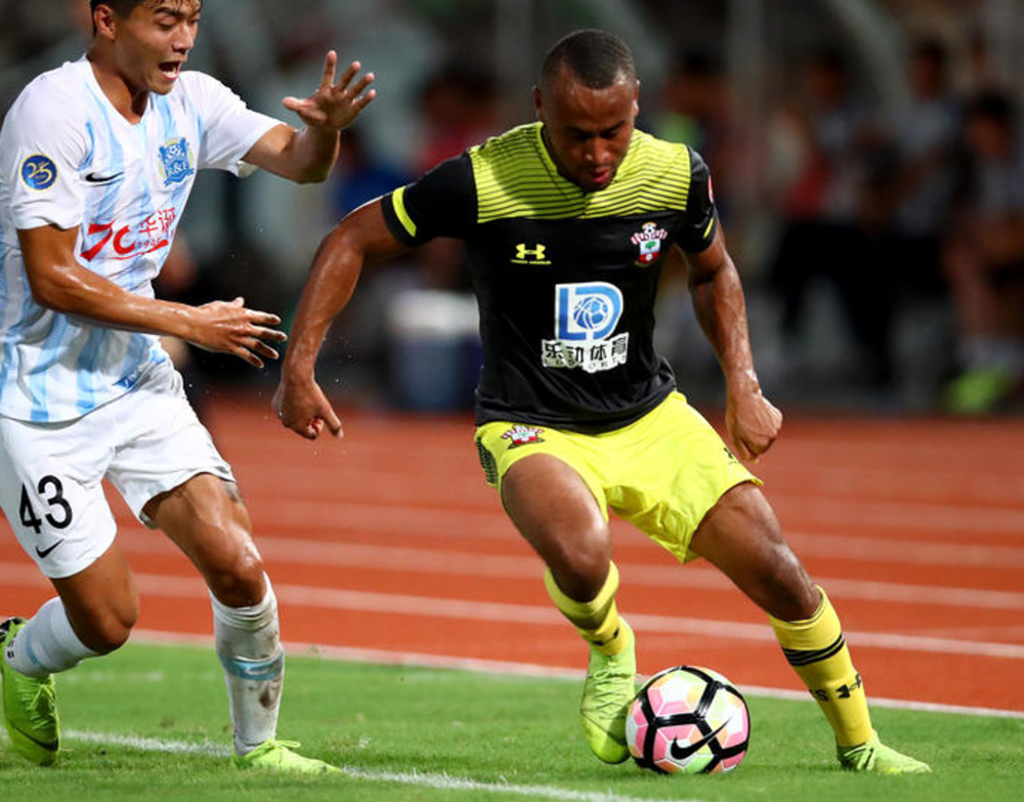 “I think it’s just how demanding he is as a coach and how he pushes you in different areas,” said Johnson on what makes Jaïdi a great coach. “He’s always challenging you on and off the pitch. I think for me, that really helps, having a familiar face when you’re coming from a different country, that helps as well. It’ll be good for the players as well to learn a new style of play. The boys say he’s a lot different to what they’ve had previously, so it’s a good change for everyone.”

Certainly, the results on the field so far for the Athletic have been markedly different than in the club’s inaugural season. Going into Week 5 as the lone team without a blemish on its record, Hartford has moved into first place in Group F under the Championship’s new season structure, including a big road win against potential playoff rival the New York Red Bulls II in its season opener.

On Wednesday night another big test arrives with a visit to Indy Eleven, which itself sported a perfect record before falling to Saint Louis FC on Sunday evening. The game at Lucas Oil Stadium will be a challenge for the Athletic, but one that could give real insight on how far the side might be able to reach this year.

“It’s a big opportunity for us,” said Johnson. “We just want to keep performing the way we are, and hopefully that will take us to a good result against them. They’re going to be a tough team, as were the teams we played previously, so we just want to keep challenging ourselves. We’re not looking to much at whose rated the best or who’s what, we have our way of playing and we’re just going to play there and see where it takes us.”

As for Johnson’s own path forward, he’s not looking any further than the next game and doing what he can to bring the Athletic and their fans success.

“I’m just looking forward to getting regular games under my belt,” he said. “It’s been a while, and I’m having so much fun here, just playing football and enjoying the game, it’s real good. Hopefully I can score a few more goals, help the team get some more wins and keep pushing forward.”