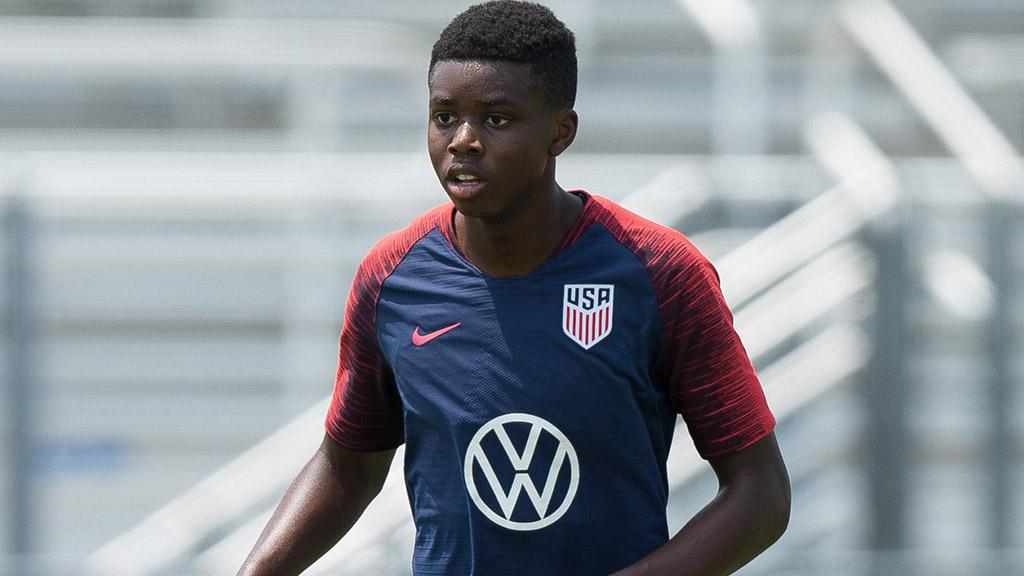 United States U-17 international Bryang Kayo has been transferred to German Bundeliga club VfL Wolfsburg, making him the first player to move directly to a club in Germany's top flight from a USL Championship club. | Photo courtesy U.S. Soccer

IRVINE, Calif. – Orange County SC announced on Monday the transfer of 18-year-old midfielder Bryang Kayo to VFL Wolfsburg of the German Bundesliga. Per club policy, the terms of the agreement will not be disclosed.

“We pride ourselves at being at the forefront of player development in the United States and our first ever official European transfer is definitely a landmark moment for our club,” said OCSC President of Soccer Operations Oliver Wyss. “Bryang is a top talent with a great career in front of him and we are proud to have played our part in his development. At the same time, we are actively working on more exciting European transfers and on signing new top youth prospects to Orange County.”

Kayo joined Orange County in September 2019 having previously competed in the Championship for Loudoun United FC and made the match day roster numerous times before being selected to represent the United States at the 2019 FIFA U-17 World Cup in October. He made his U-17 World Cup debut against the Netherlands, coming on as a second half substitute.

The 18-year-old will now join up with VfL Wolfsburg and initially play with the Bundesliga club’s second team, VfL Wolfsburg II, which competes in the Regionalliga Nord league.