Rowdies ready to hit the road; Iwasa talks Sacramento as he goes after Goal No. 50 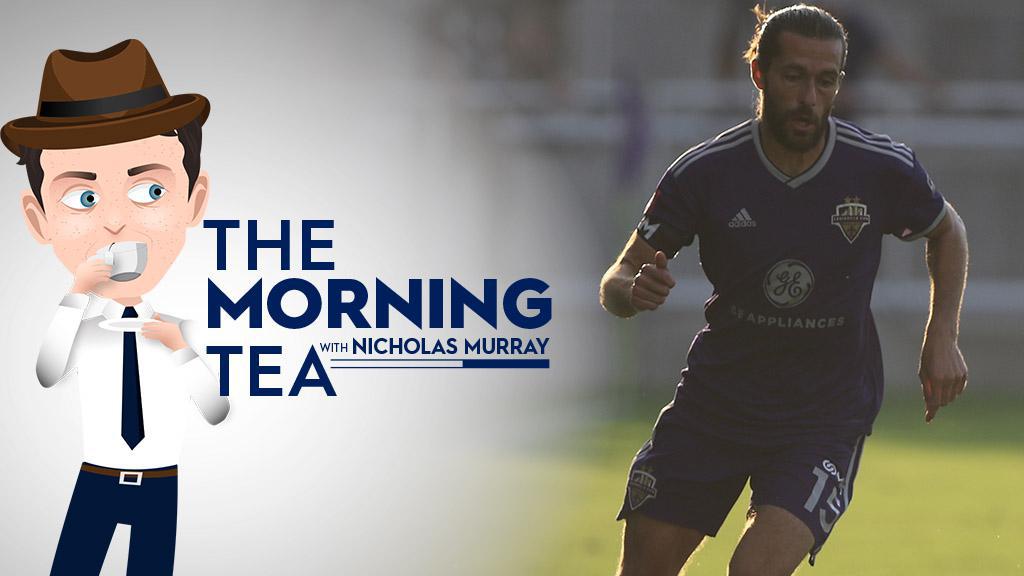 When a team’s looking to reset, it always helps to have some experienced heads in the locker room.

Louisville City FC has plenty of those that have helped lead the club to the success it has found over the past five years, but as LouCity’s Ysabella Leon writes, there’s something about the presence of Pat McMahon – who’s earned the nickname “Vibes” in the locker room – that gets people feeling good about what’s ahead.

“He’s an older guy, but he doesn’t act like an older guy,” LouCity midfielder Napo Matsoso told reporters. “He’s one of the nicest people I’ve ever met and he’s phenomenal. He’s really good and works hard every day at training.

“He never gives up, and whatever you need, he’s always there for you. Everyone on the team likes Pat, and I don’t see why you wouldn’t as a person.”

In this third season at LouCity, McMahon is the elder statesman on the club’s roster at 33 years old. His experience playing both overseas in Australia and Scandinavia, however, as well as in the Championship for the Rochester Rhinos – where he won a title in 2015 – and FC Cincinnati has given him a great perspective on the professional life.

It also means that when the team is struggling – and let’s face it, back-to-back defeats for a team with LouCity’s success counts as that – he’s there to pick things up and get everyone focused on what matters.

“Me being an older player on the team, I think talking to people, it’s [about] keeping our confidence — enjoying it at training,” McMahon said. “Sometimes we miss on that because we harp on needing a win and focusing on that, but I think we take care of the little things and get the enthusiasm and back to enjoying it, then we play better and obviously start winning games.”

Louisville will get back into action on Saturday night against Sporting Kansas City II, the first of two games between the clubs at Lynn Family Stadium in the next seven days. Looking to gain ground on Indy Eleven and Saint Louis FC in the Group E standings, the hosts will likely look to their 8-3 victory against their visitors late last season as a potential touchpoint for the first meeting between the sides this year.

With McMahon helping set the tone, LouCity believes a return to form is right around the form.

“He just kind of exudes this coolness,” said LouCity coach John Hackworth. “It’s not with his words. He’s certainly is a man of action. It’s more about the feeling that he gives off to everybody, thus the nickname.” 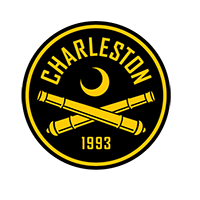 (0-2-1)
Group H
The Gist: The Battery will look for a better result in their second game since returning to action against Atlanta on Friday night, but certainly would have taken positives from their setback against Birmingham Legion FC last Sunday. Charleston didn’t appear to have much rust to shake off as it got a fine goal from Zeiko Lewis in the first half and was denied an equalizer by the woodwork after Birmingham had regained the lead after the halftime break. The hosts will be wary of an Atlanta side that has shown its own improvement in its past two outings, with Jackson Conway scoring two goals in two games, as the Battery look to repeat their win when the sides first met in March.

(1-1-1)
Group C
The Gist: The Southwestern rivals meet for a second time in just over a week after playing to a 2-2 draw on July 15 in their first meeting of the season. The contrast in styles saw the game swing back and forth with New Mexico’s press earning an early goal before El Paso hit back twice in quick succession just before halftime. A second-half penalty kick by Devon Sandoval left honors even, however, and meant that New Mexico remained undefeated against El Paso so far in their history, going 1-0-2 in prior meetings. With first place in Group C at stake, the next chapter of the rivalry promises to be just as compelling.

Pretty sure this shirt came with sleeves pic.twitter.com/r1g3EXzeAN

When you're spending 90 minutes running up and down the pitch, you've gotta make sure you take care of your body! For this week's @WTNH Training Tip of the Week, @alexdixon19 breaks out the foam roller and teaches us how to keep our bodies in top shape. pic.twitter.com/RozGDjJLY3

Thanks to everyone that wished us a happy 10th birthday. None of it would be possible without everyone who’s supported or helped out along the way. As we move forward with #MLS4THELOU we hope to welcome a lot more people into our dysfunctional family. pic.twitter.com/eoV6qtoYD6

- The Tampa Bay Rowdies are taking two buses for their trip to Birmingham Legion FC on Saturday night, but for some of the players and Head Coach Neill Collins the trip – and those that will follow this season – is an enjoyable throwback to prior stops in their playing careers.

- The change to five substitutions per game for each team this season in the Championship - following other leagues in doing so - is provided an added wrinkle for teams across the league. For OKC Energy FC Head Coach John Pascarella, it's offering more flexibility to find a way to get different attacking options on the field, which paid off in Wednesday's 1-1 draw with Rio Grande Valley FC.

- The 2021 PGA Championship is coming to the Charleston Battery’s back yard next May, being held at The Ocean Course at Kiawah Island. Ahead of Friday’s game with Atlanta United 2, the club announced a partnership with the event that will give Battery fans exclusive access to ticket registration to Charleston Battery fans through a number of social and digital initiatives leading up to the match.

- Forty-seven players have been signed to USL Academy contracts this season by independent clubs in the USL Championship and USL League One, with players like Birmingham Legion FC's Jaden Servania and Sacramento Republic FC's Rafael Jauregui having already seen action. Here's a full list of the young prospects you should be watching out for in the coming weeks as they get their chance to take the step into the professional ranks.

- When New Mexico United and El Paso Locomotive FC square off, it brings a stylistic clash that often makes for a great game. We looked at what makes the matchup so intriguing tactically and got the perspectives of New Mexico Head Coach Troy Lesesne and players Andrew Tinari and Austin Yearwood.

- Sacramento Republic FC’s Cameron Iwasa is one goal away from joining elite company in the Championship, with the forward needing only one more goal to reach 50 in the league for his career. We caught up with the Sacramento native to talk about what he loved most about his hometown, and what reaching this milestone would mean after the progression his game has found.

- Las Vegas Lights FC has brought back a familiar face ahead of its first game back on Saturday. Playmaker Raul Mendiola scored 10 goals for the club in the 2018 season, and has recorded 29 assists for his career in the Championship, as he returns to Lights FC.