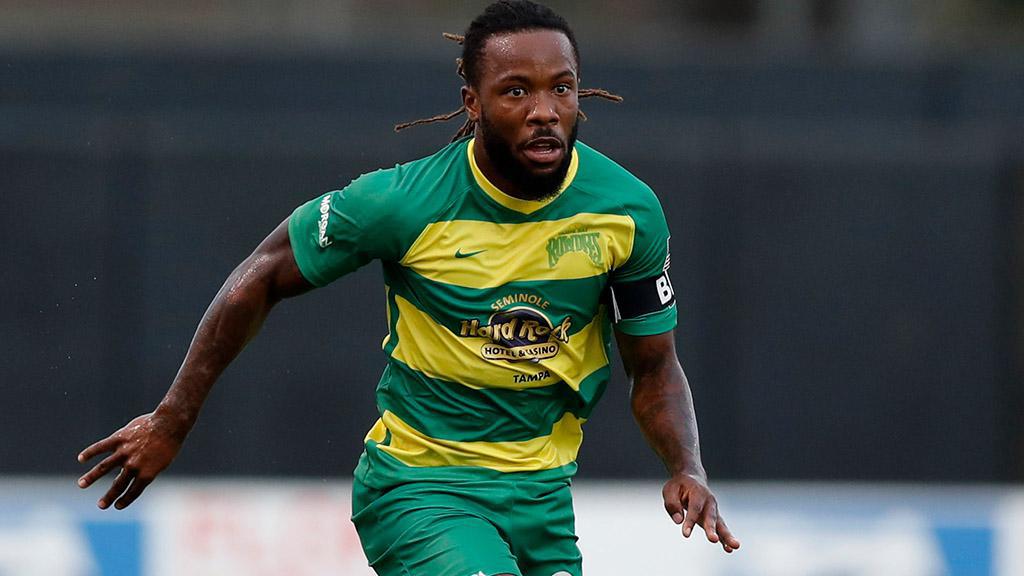 Not a fan of air travel, Tampa Bay Rowdies defender Mustapha Dumbuya is looking forward to the drive to games on the road this season around the Southeast. | Photo courtesy Matt May / Tampa Bay Rowdies

ST. PETERSBURG, Fla. – For Tampa Bay Rowdies Head Coach Neill Collins and defender Mustapha Dumbuya, this weekend’s bus trip to Birmingham will feel like a throwback to their time in Great Britain.

The open road awaits, and both are looking forward to it.

“Me, personally, it’s what I’m used to,” said Dumbuya on Wednesday. “It’s only since I came over here that I started taking flights to games. It was a bit strange at first, so it’s nice for me to get back on the bus, I do like a nice long bus trip. I honestly don’t mind it; I love a bus trip.”

“I used to love it in terms of just sit and chat, tell stories, talk about players, teammates you’d played with,” added Collins. “At times, honestly, people spend so much time on their phone, and I know I sound like an old man, but I like to talk, so I like talking with people and reminiscing about things, it’s good fun, so hopefully we can do that.”

The Rowdies will make the drive north to face Birmingham Legion FC on Saturday night at BBVA Field for one of the marquee games of Week 5’s action, with both teams currently sitting on top of their respective groups in the Championship’s reconfigured structure. For Dumbuya – who played for numerous clubs in England and Scotland before joining Phoenix Rising FC last year – the team coach has been a place where chemistry has been formed in the past.

“That’s where we did a lot of our bonding, especially when I played in England, coach trips have always been fun times for me,” said Dumbuya. “Like Coach said, to hear people’s stories about players they used to play with, playing cards, you start to know different things about players. I love a good long coach trip.” 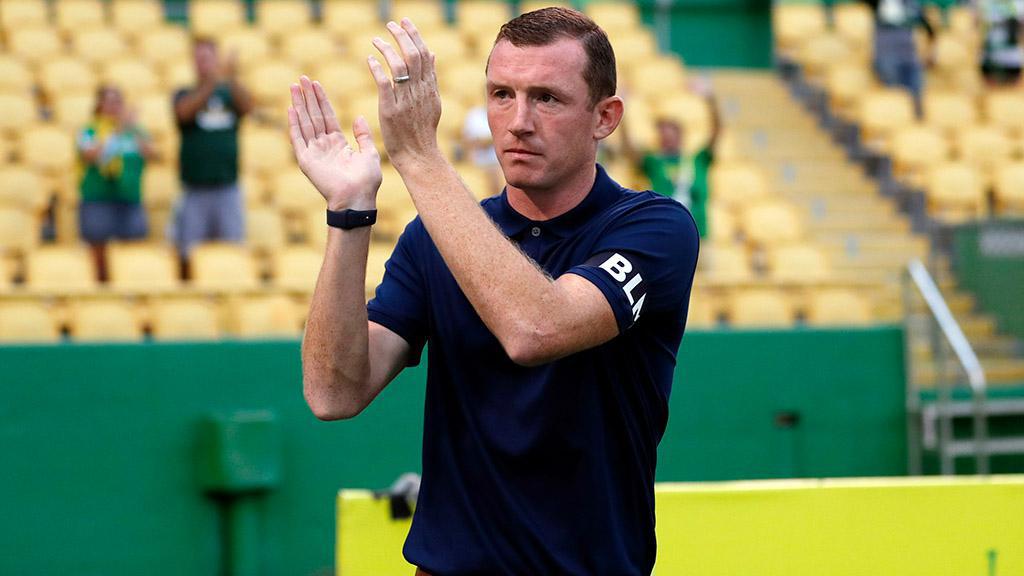 A veteran of more than 450 games in England and Scotland, Tampa Bay Rowdies Head Coach Neill Collins has many good memories of bus trips to and from games in his playing days. | Photo courtesy Matt May / Tampa Bay Rowdies

Himself a veteran of more than 450 games in England and Scotland before joining the Rowdies in 2016, Collins is also looking forward to the journey north.

“I agree with Mus,” said Collins. “I would never have thought that I’d said that, but after flying to games, give me the bus any day. This one in particular is going to be a bit longer, but last year for the first time ever we took the bus to Charleston, because I felt six hours, we still had to take two flights to Charleston as opposed to a six-hour bus trip. We ended up winning that game 5-0, so if we can have the same this week that would be great.”

That could prove a tricky task against a Legion FC side that has started its season in impressive fashion. Birmingham has claimed back-to-back victories in its first two games back in action, scoring five goals in the process, and will be eager to bolster its position at the top of Group G at its home stadium.

After the Rowdies let a two-goal lead slip in a 2-2 draw with North Carolina FC last Friday night, they’re also looking to bounce back in a positive manner. Tampa Bay was one of the best teams at defending leads in the 2019 season – it only dropped six points from a winning position in the regular season – and Collins has been pleased with the reaction he’s seen in his players this week.

Hopefully for the Rowdies, a positive week of practice and a chance to get on the open road will result in a feeling Collins enjoyed immensely back home.

“I think our record on the road has been good over the last calendar year and into this year, and I hope we can sustain it,” said Collins. “One of the best feelings was coming on the bus after a good win. Everyone’s buzzing and you can again just enjoy each other’s company.”