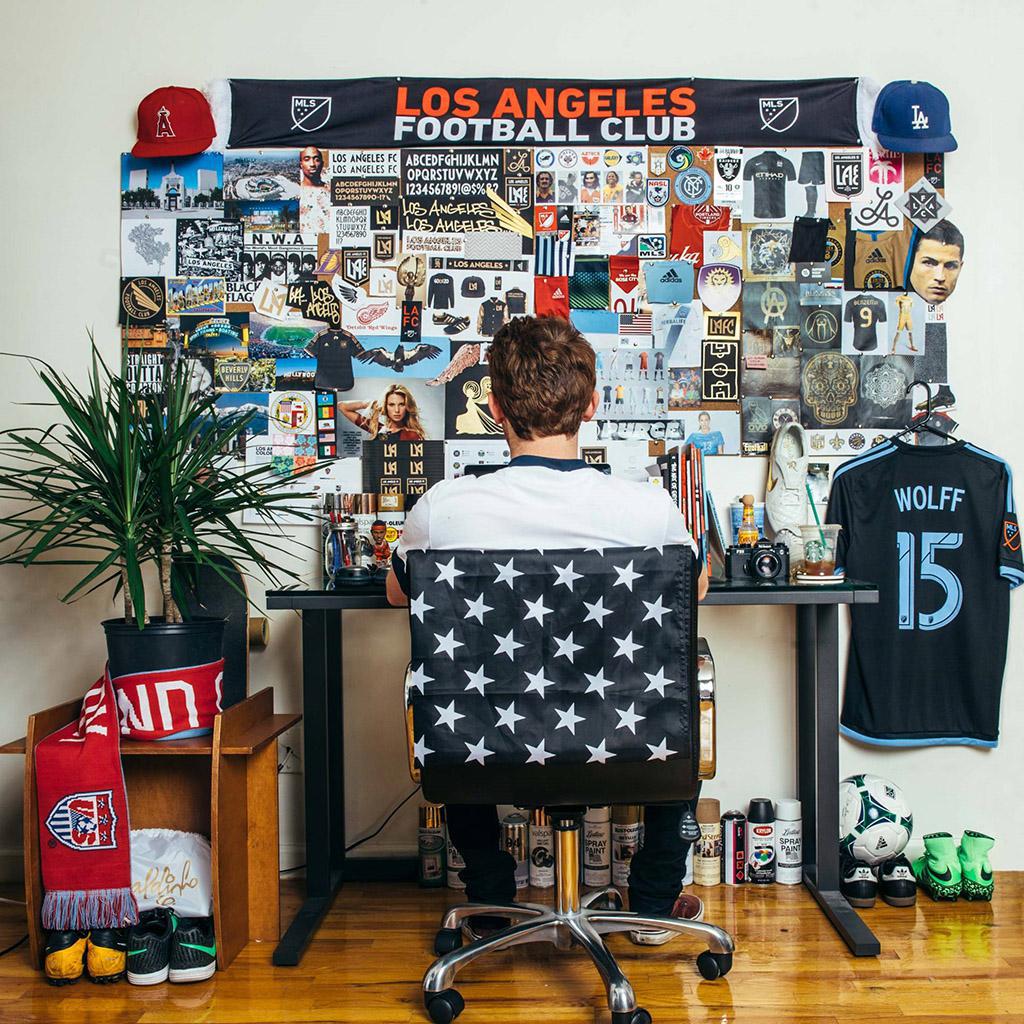 Designer Matt Wolff's influence has gone global in the past five years, and includes some of the most distinctive brands and logos in the USL Championship and USL League One. | Photo courtesy Nate Congleton / SoccerBible

“Remind Yourself. Nobody’s Built Like you, You Design Yourself.” – Jay Z

Born in New York City, Wolff was raised in Minneapolis and London. Cities that are different in almost every way, with the exception of their shared interest in soccer culture. From the beginning, Wolff has possessed an innate interest in how logos resonate with people – consciously and subconsciously studying them throughout his life.

Even if you don’t know Wolff, you know his work. After getting his start at NYCFC – where he helped design their initial brand – he has gone on to create iconic crests throughout the American soccer landscape, including NYCFC, LAFC, Oakland Roots, FC Tulsa, Charleston Battery, and the recently unveiled Racing Louisville, among others. With a bold, concise style, Wolff’s aesthetic has been described as “if Wes Anderson did soccer crests”.

While employed by Nike, Wolff was even more prolific, bringing to life the 2018 Nigeria World Cup kit and the original PSG x Jumpman collaboration – two of the most hyped unveils in recent memory.

In addition to being one of the most successful designers in soccer, Matt is also a genuinely great person. He was kind enough to sit down with me recently to talk about his work.

RM: Matt, how excited are you about this interview right now?

MW: I’m quivering with excitement, Ryan, I can hardly contain myself!!

RM: Let’s gooo! Obviously things are a bit strange right now, but other than work, what have you been up to lately?

MW: I’m very fortunate to have been quarantined with family in Boston since mid-March. I found a basketball hoop so I’m working diligently on my mid-range jump shot. When the parks in New York reopen I intend to show up like a ginger JJ Reddick – straight butter from 18 feet. I’m also reading Kareem Abdul-Jabbar’s book Becoming Kareem. Once I nail this mid-range, I’m moving on to the sky-hook. They’ll never see it coming.

As part of the Operation Naija team at Nike, you helped create the 2018 Nigeria World Cup kit that became an international sensation. Did you know right away, before it hit the streets, that you had created a cult classic?

Look, design is one thing, but a lot of the success of a kit launch can be attributed to the roll out. Great photography, marketing, and seeding can go a long way in the commercial and cultural success of any product. I think it was that, more than anything, that generated the buzz around the Nigeria kit. Sometimes you’re selling the sizzle, not the bacon.

Timing is another crucial – and totally unpredictable – factor in a product’s success. This collection dropped just as Nigerian arts and culture were finally being recognized globally (in film, fashion, music, etc.) AND it came at a time when not many clubs or federations were wearing kits with bold graphic prints. The timing couldn’t have been better. 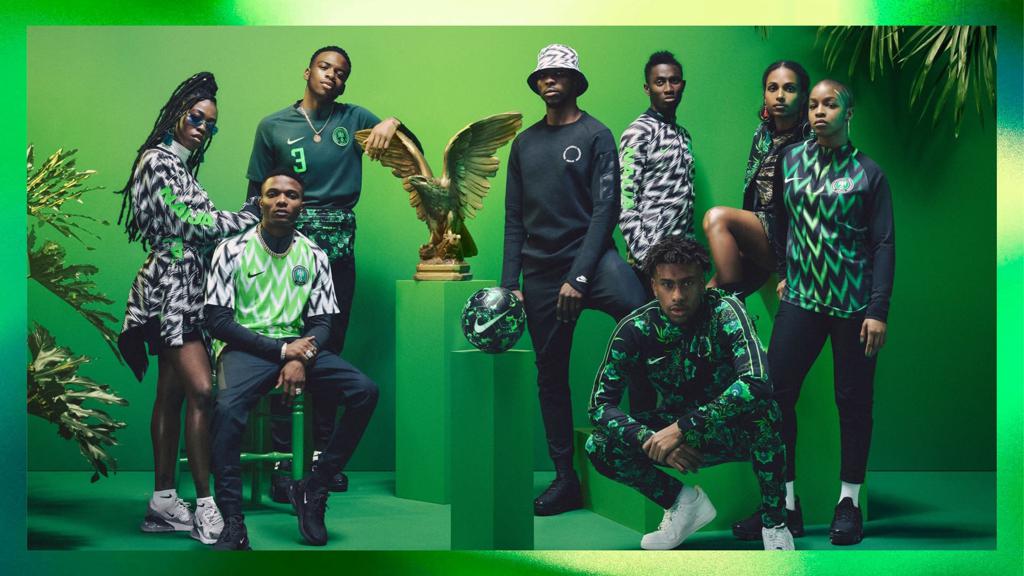 Naija! This 2018 Nigerian World Cup line was one of the most hyped apparel drops in soccer history.

RM: My favorite (non-USL) project in your portfolio is the first Jordan x PSG drop. I think part of the reason it captured people’s attention the way it did was because it feels like basketball and soccer are more connected than ever before. Is there some kind of shared culture between those two sports that make them compatible from a design standpoint?

The players are involved, too. There seems to be an increasing interest and connection between NBA stars and international soccer stars. The bromance between Neymar and Jimmy Butler is well documented, and LeBron James literally owns a piece of Liverpool.

From a design standpoint, we’re seeing soccer aesthetics seep into basketball team logos (Nets, Raptors, and Hawks “soccer-style” logos) and we’re seeing basketball sneaker culture seeping into soccer (Neymar x Jordan collaboration). The crossover feels natural, and I think both sports will be better for it. 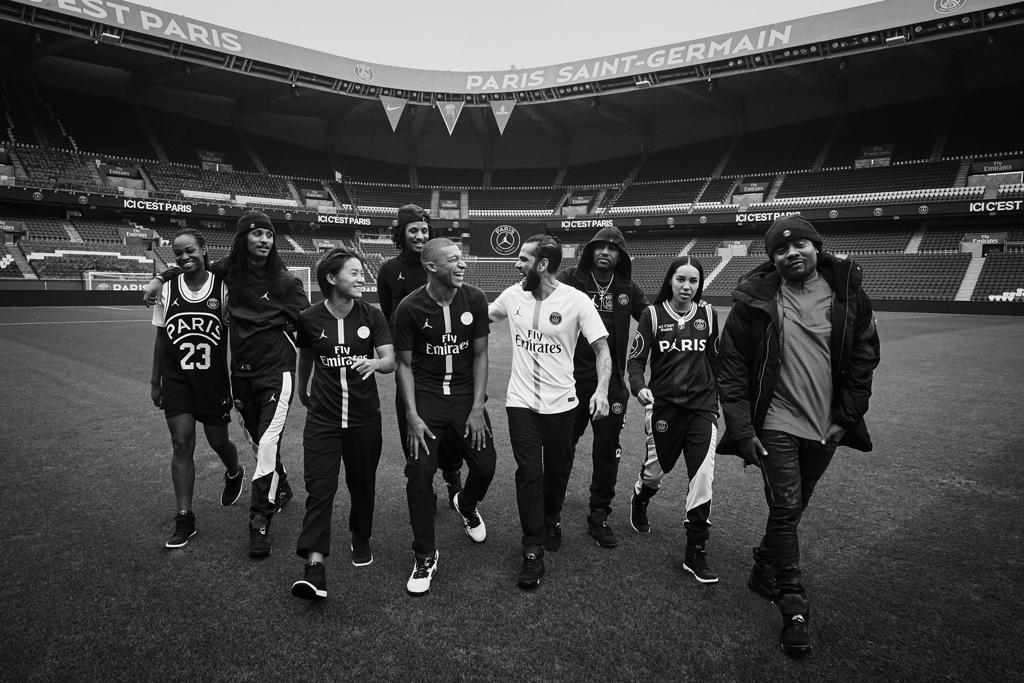 RM: Moving on to the USL projects, I want to start with Charleston. Did the history of the club and the fact that the project was more of a refresh than a rebrand provide any unique challenges?

MW: Brand refreshes, rather than rebrands, are great because you can keep the good stuff, and discard the no-longer-necessary stuff. In Charleston, we were cognizant that some supporters may have had a strong emotional connection to the original crest, so we kept many of the design elements intact.

Despite being the oldest continuously operating pro club in the country, The Battery had never made any edits or updates to their visual identity. The original crest had a sort of kitschy charm. It harkened back to a different era of soccer in this country. But ultimately it was outdated, and didn’t accurately reflect the ambitions of the club today. I hope the supporters will see that we’ve done our best to respect the club and its history while modernizing the look for 2020 and beyond.

Also, the emphasis of the crest is now on “Charleston” rather than “Battery.” We hope this will help to reach a broader audience and translate better to merchandise. The “1993” was added to show off the club’s history. 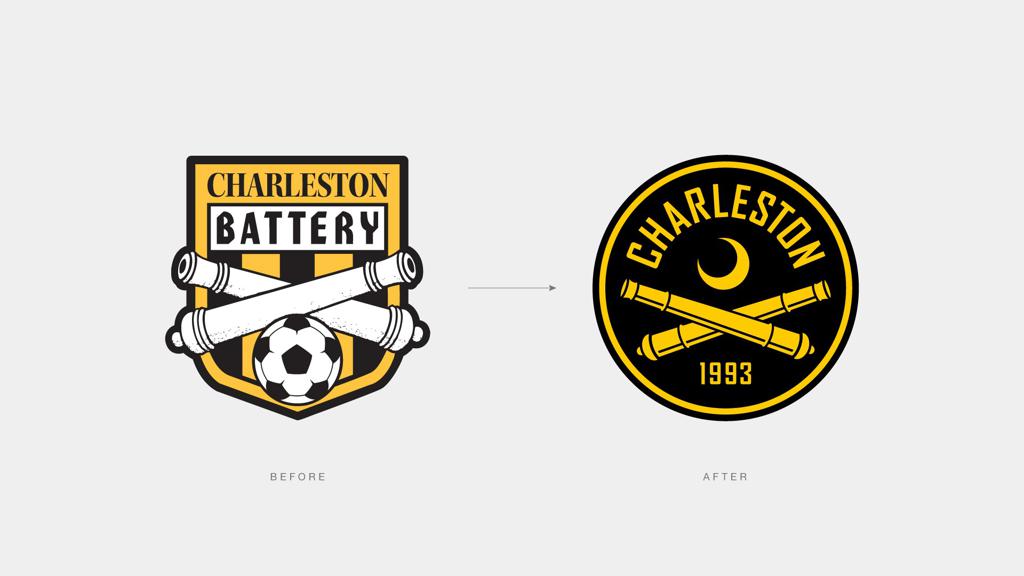 Before and After: The Battery unveiled this (right) beautiful new Wolff-designed look in December of 2019

RM: Tulsa – another absolute banger of a crest – was similar in some respects. You were taking one of the country’s most historic clubs and giving it a new look. There’s a lot of pressure in that. Where did the inspiration come from?

MW: When the new ownership took over, they did focus groups with supporters and community members. The results showed that the Roughnecks brand just wasn’t resonating with Tulsans like it used to. Not to say there wasn’t respect for the club's history – because there was! More so that almost unanimously, folks agreed Tulsa soccer was ready for a new chapter.

Our goal was to roll out something contemporary, with global appeal. Our hope is that it’ll end up representing Tulsa way beyond the soccer pitch, and come to stand as a symbol for the entire city. A symbol of self-identification for all Tulsans.

That said, I hope (and suspect) the Roughnecks legacy will live on somewhere — maybe through throwback jerseys and apparel or through the supporters’ groups. 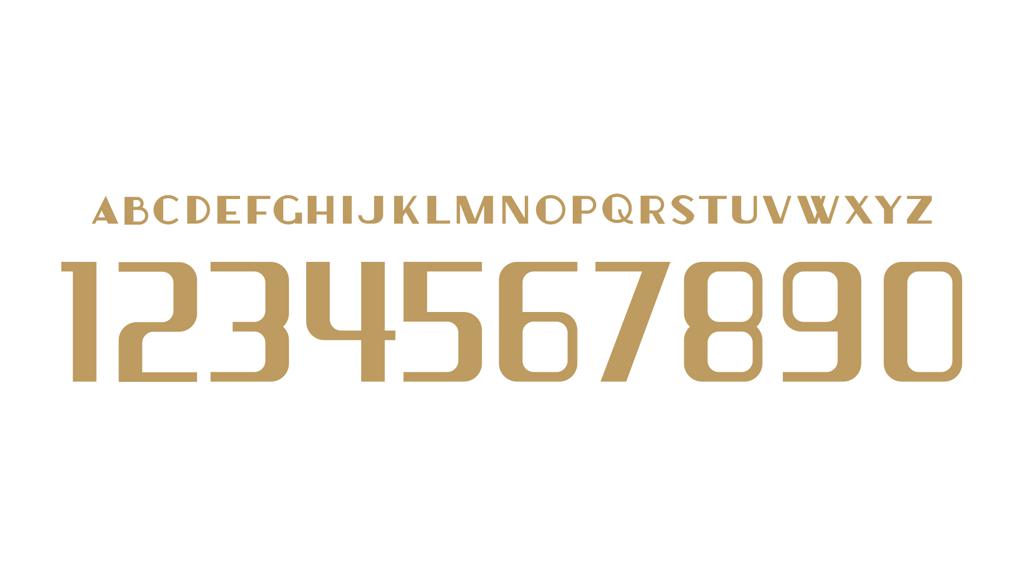 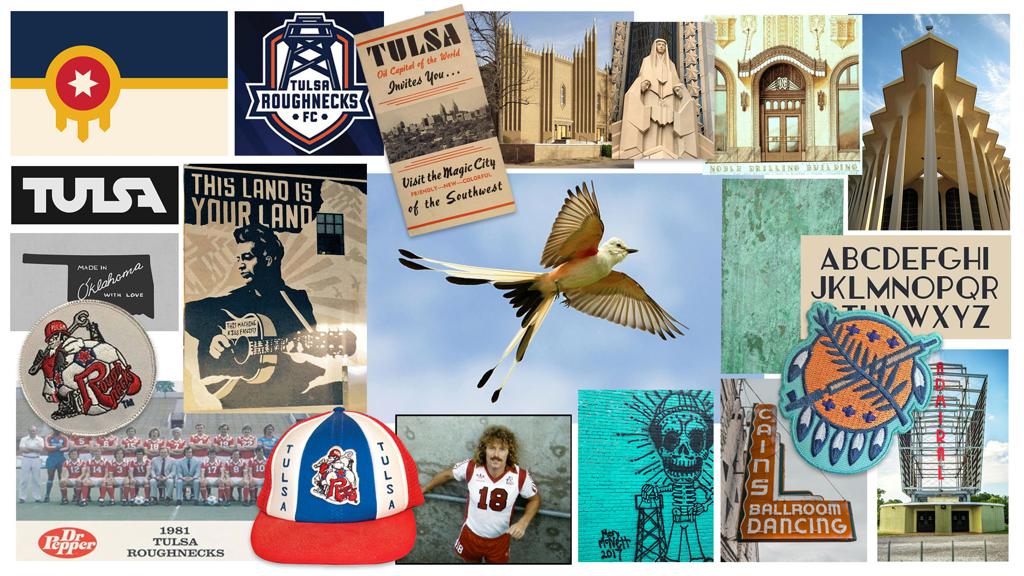 RM: In early October of last year, League One expansion club Union Omaha dropped another incredible crest. Were you surprised at all with the national response?

MW: America is pretty divided these days and that’s a real bummer. But there is one thing I think we can all agree on: owls are awesome. It’s surprising that they aren’t very common mascots in pro sports. They’re fierce nocturnal predators, they have these crazy eyes, and their raptor talons can exert incredible force. Because they’re native to Omaha, it felt like a nice fit. 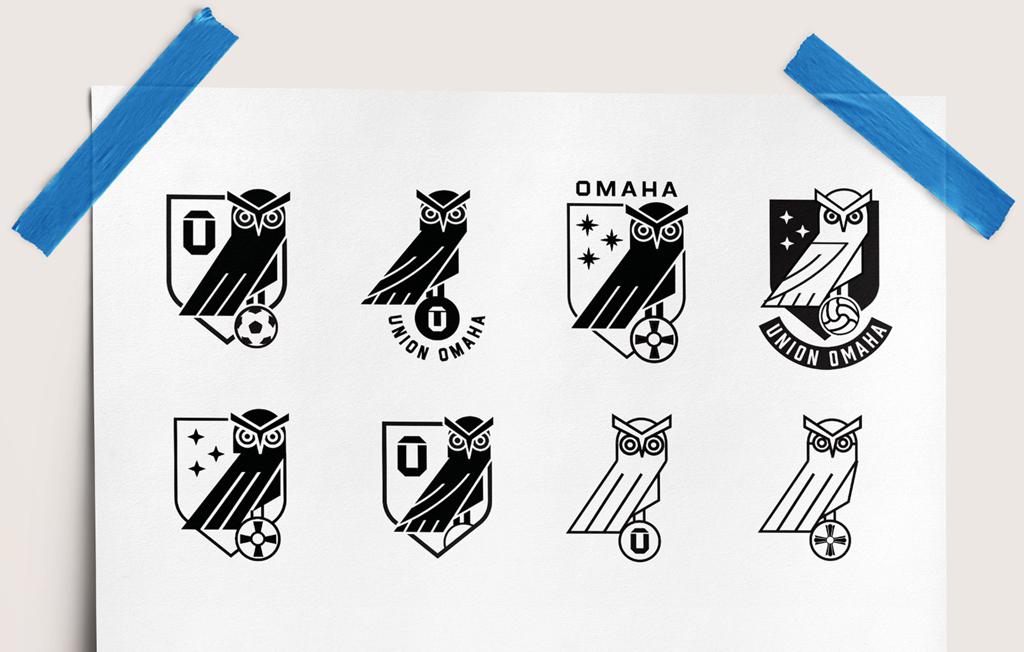 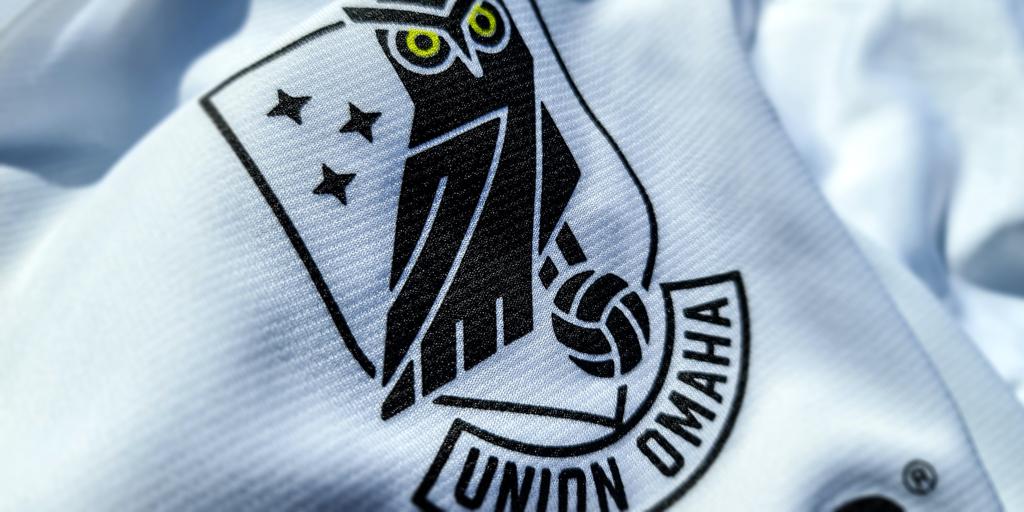 MW:  (Laughs) I can totally appreciate their purpose. They can be extremely useful in supporting design decisions both internally (to club stakeholders) and externally (to supporters). But in my opinion, the best crests just don’t need ‘em.

What's more, some crests have what we designers call “easter eggs” — design details you might not notice at first glance. Sometimes those are better left for the public to discover on their own, particularly if it’s a detail that will only resonate with locals.

RM: Are there any projects you’ve worked on that in retrospect feel under-hyped? (Editor’s note: Shout-out Green Bay Voyageurs FC!)

MW: (Laughs) Nah, I don’t think so. Hype upon launch is nice, but I’m much more interested in whether or not these crests will stand the test of time.

I’m glad you appreciate the Green Bay Voyageurs work! That project allowed me to get back to my midwestern roots. Top notch organization out there in Wisconsin. Great humans all around and they really value creativity. They’re an absolute pleasure to work with. 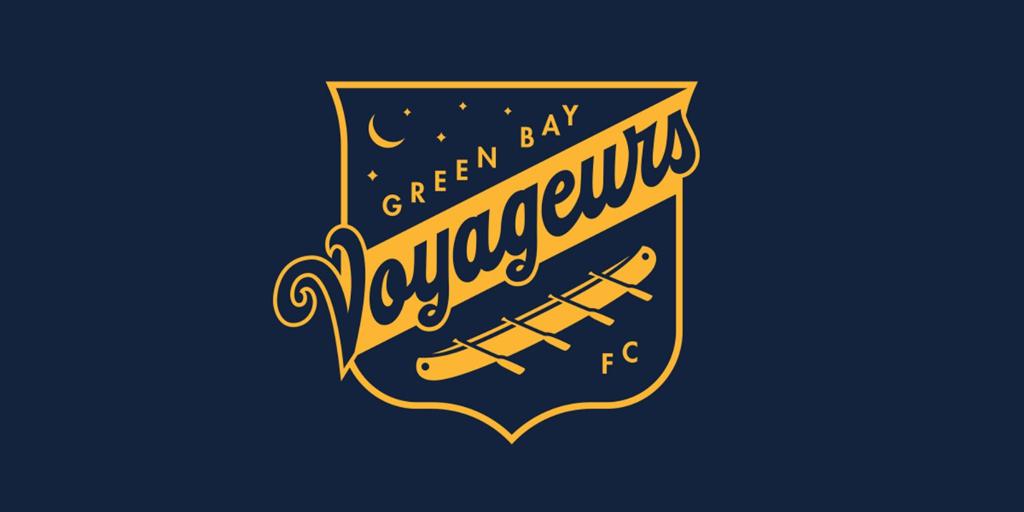 In this writer’s humble opinion, one of the coolest, most slept on crests in American soccer

RM: Can you give us a little hint at what’s coming down the pipe?

MW: Some friends and I are working with the community to build a new soccer club in Vermont. We’re focused on taking environmental-sustainability, social-responsibility, and community engagement to the next level. Stay tuned!

RM: Amazing, thanks for joining us Matt. 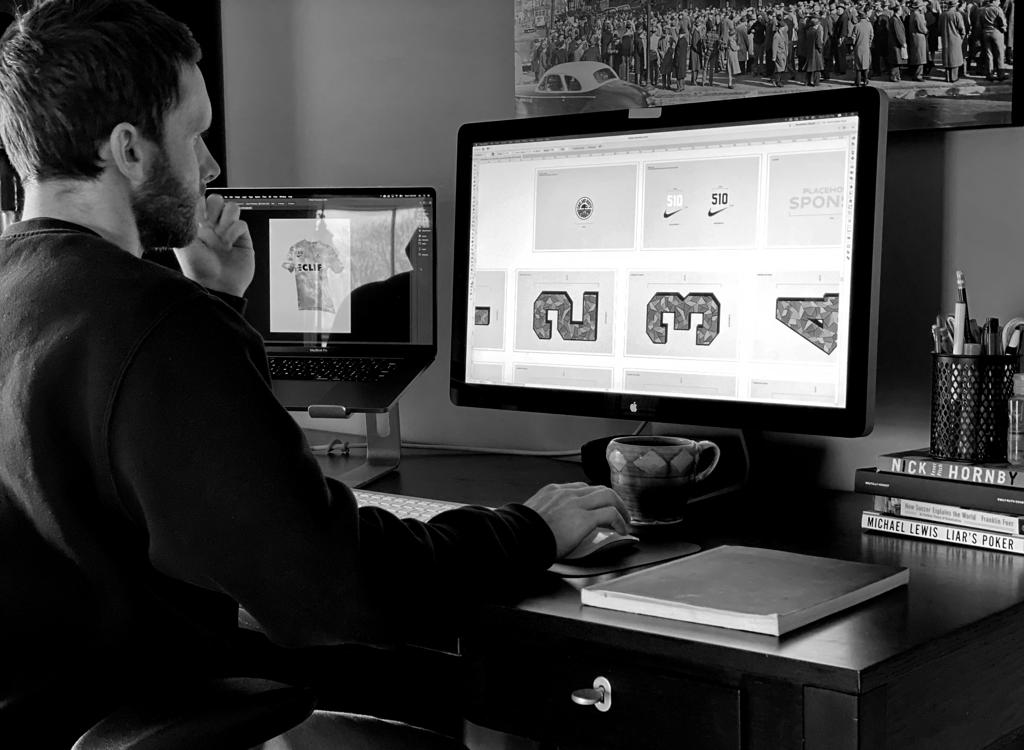