Both Locomotive FC, United held lead but Sandoval penalty in second half resulted in 2-2 draw 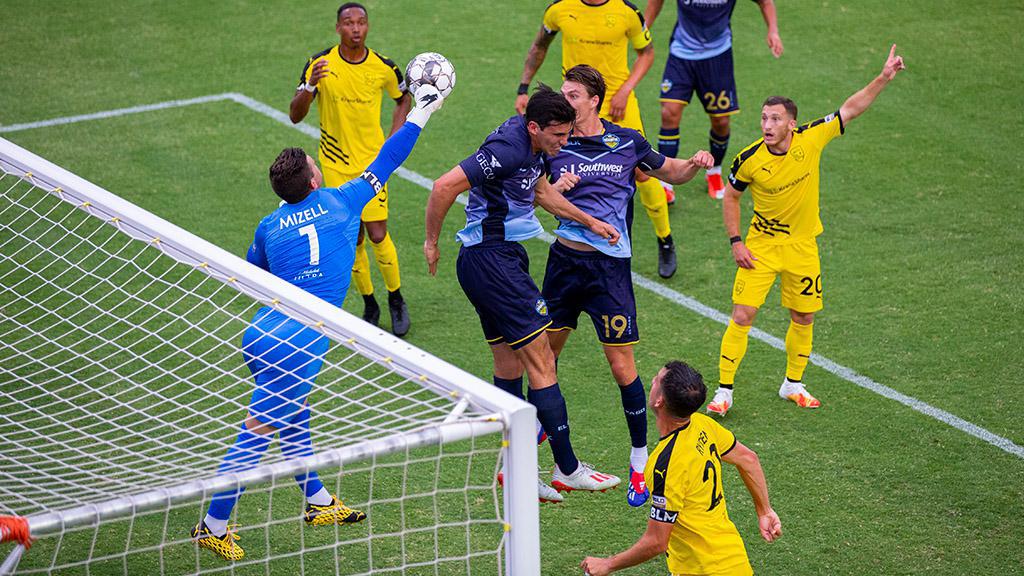 EL PASO, Texas – El Paso Locomotive FC and New Mexico United played another back-and-forth classic in which both sides held the lead, but both were forced to settle for a point after a 2-2 draw at Southwest University Park on Wednesday night.

New Mexico opened brightly and produced the first good look in just the second minute when Armando Moreno shot narrowly wide of the left post from the top of the penalty area after the visitors had turned possession over in the attacking third.

United thought it had found the opening goal soon after, but Devon Sandoval was ruled offside as his finish found the back of the net after more positive pressure. The pressure paid off in the 11th minute, however, as a poor touch led to a poor pass in the El Paso penalty area and allowed Chris Wehan to seize on the loose ball for a simple finish from close range.

After weathering more pressure Locomotive FC began to find a foothold and in the 18th minute a powerful shot by Andrew Fox flashed just wide of the left post. The hosts needed a miraculous save by goalkeeper Logan Ketterer to keep their deficit at one on the half-hour mark, however, as New Mexico’s Devon Sandoval produced a brilliant heel-flick finish to a low cross from the left by Romeo Parkes that the El Paso shot-stopper denied with a reaction save before Fox cleared the rebound to safety.

That save proved all the more crucial late in the first half when El Paso quickly took the lead. Locomotive FC struck first when a low cross-shot from the right by Bryam Rebellon found its way through the penalty area and allowed Omar Salgado to tap home from close range in the 43rd minute.

Fox then found the next in first-half stoppage time as Rebellon attempted a bicycle kick from the right side of the penalty area that fell to Salgado in close. The former U.S. youth international had his effort saved by Cody Mizell, but Fox was there to clean up the rebound and put El Paso on top at the break.

New Mexico pushed to find an equalizer in the second half, and a clever piece of creativity almost produced one through Sandoval. The Albuquerque native flicked the ball up to himself in the right side of the penalty area and hit an overhead kick that drifted just wide of the left post. Moments later, Wehan picked out the trailing run of David Estrada with a low cross from the right to the top of the penalty area, and Estrada’s first-time shot was parried by Ketterer before Sandoval sent his rebound chance wide of the right post.

United pulled level with 15 minutes to go, though, as Wehan was brought down in the penalty area after the visitors again turned possession over in the attacking half. Sandoval stepped up to the spot and sent his finish low to the left past Ketterer as the goalkeeper dove the correct way. El Paso almost hit back immediately as a low cross by Fox from the left found Dylan Mares at the top of the six-yard area, only for his first-time shot to go just over the crossbar. Another chance fell to Nick Ross two minutes later for the hosts, but his header drifted wide of the left post.

El Paso produced the better chances to win the game late, too, as first a deep ball from the left found Rebellon at the back post for a first-time cross back into the six-yard area that New Mexico’s Kalen Ryden was able to clear. Soon after in stoppage time a header by Salgado off a cross by Fox from the left flew just wide of the left post. There would be no later decider on this night, however, as the sides ended all square.

Chris Wehan, New Mexico United – Wehan scored the opening goal, won the foul that resulted in the game-tying penalty kick and recorded four shots to help his side earn a point on the road.