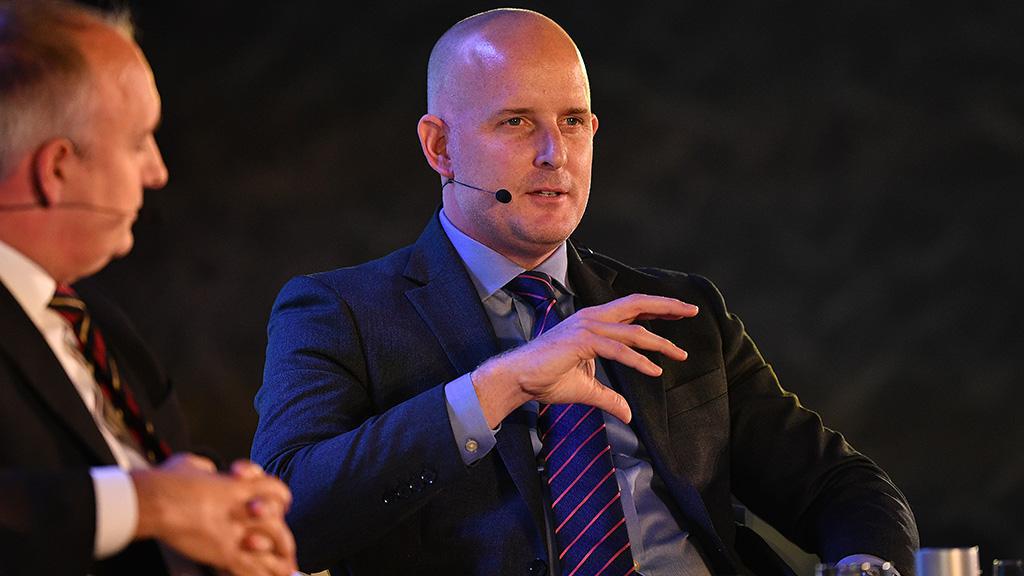 As the plans were originally unveiled, it was clear Louisville City FC was aiming high in its design for what would become Lynn Family Stadium.

When those plans become a reality on Sunday evening, and LouCity welcomes Pittsburgh Riverhounds SC and a national television and radio audience on ESPN2, ESPN Deportes and SiriusXM FC for the first official game in its history, USL President Jake Edwards believes fans around the country will be seeing the future of the USL Championship.

“What you’ll see this weekend in Louisville is a showpiece stadium in our league, in the Championship, and I think it’s going to be one of the finest soccer stadiums regardless of league in America,” Edwards told Front Office Sports’ Ian Thomas on Friday. “Although it won’t be its full capacity for obvious reasons – there will be some fans there to enjoy that historic moment on Sunday at 5 p.m. ET on ESPN2 – I think if you watch that and look at that building, that is the statement of intent of where the USL Championship is going.

“That is the kind of investment, a $60-, $70-million downtown stadium, it is absolutely phenomenal, and that is what USL Championship clubs are aspiring to look like by the time the World Cup comes here in six years.” 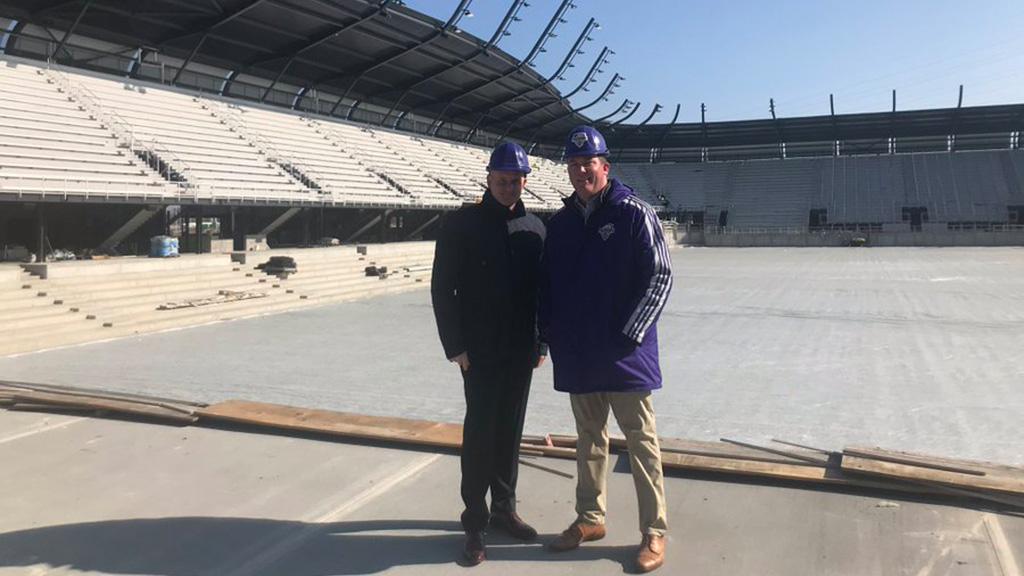 The Championship is already home to numerous outstanding soccer-specific venues. Lynn Family Stadium’s arrival means 21 of the league’s independent clubs compete in venues where soccer is a primary sport, including new buildings such as those at Highmark Stadium in Pittsburgh or Toyota Field in San Antonio, or venues that have been reshaped to become soccer-specific such as Cashman Field in Las Vegas or Al Lang Stadium in Tampa Bay.

According to Edwards, though, many more venues are set to follow those in Louisville, and the new 8,000-seat downtown venue currently under construction by Colorado Springs Switchbacks FC that is scheduled to open next year, or the venues being completed by League One’s Chattanooga Red Wolves SC and South Georgia Tormenta FC.

Numerous new stadiums across the Championship and League One are currently in the works, according to Edwards, which would provide not only a quantum leap forward for clubs and local communities, but also for professional soccer as a whole in the United States.

“When we talk about club revenue and club stability, it is hand-in-hand with the stadium that you’re playing in,” said Edwards. “Where is that stadium, how big it is, what kind of amenities does it have, do people have a fantastic experience, can you have other events there, concerts and shows, how do you use that building?

“What we’re seeing now is the beginning of a real watershed moment for USL where we are now seeing significant investment in soccer stadiums, generally as part of a mixed-use development in downtown area that can service the community and serve as not just a football stadium but as a destination for retail, for offices, for housing, for bars and entertainment, and of course for football.”

This weekend, though, it will be Louisville’s chance to take center stage in the imaginations of soccer fans across the country. Having toured the stadium previously – including during the build-up to the 2019 USL Championship Final staged in the city – Edwards is thrilled for the LouCity leadership group led by Chairman John Neace and President Brad Estes that has enabled its big day to arrive.

“I’m so happy for everyone at Louisville for the amount of work that’s gone into that over the last five or six years,” said Edwards. “It’s going to be a phenomenal day for the organization, for the city, the fans of that club and for the USL.”