ESPN2, ESPN Deportes to air 13 games in 16 nights as league returns to action this weekend 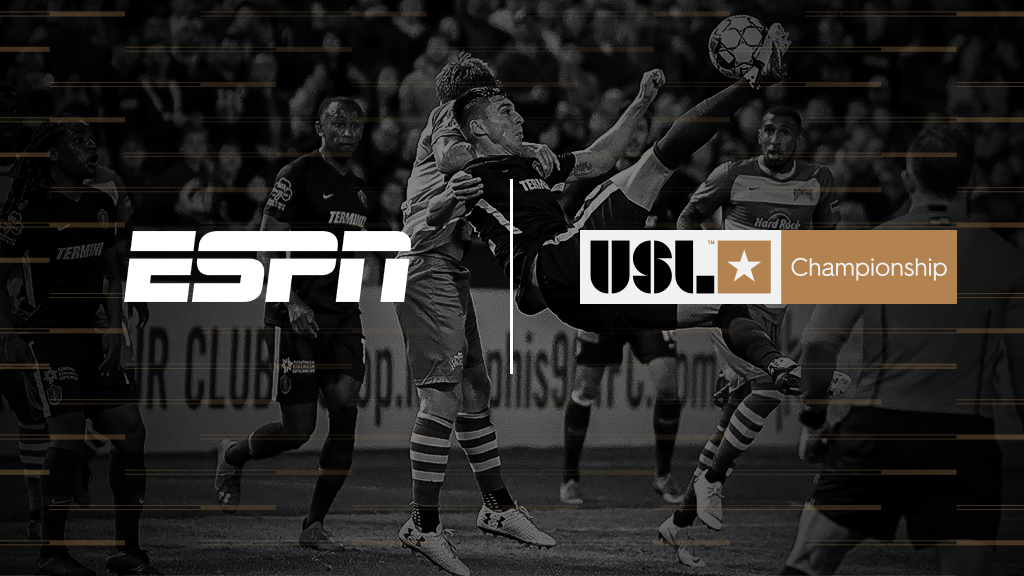 TAMPA, Fla. – The USL Championship today revealed its full opening broadcast schedule on ESPN2 and ESPN Deportes, which will see title contenders from both the Eastern and Western Conferences resume their quests for a place in the 2020 USL Championship Playoffs beginning this Saturday.

The addition of two games on ESPN Deportes across the upcoming three weekends will see the Championship achieve unprecedented exposure to a national audience. Thirteen Championship games will be aired on broadcast television in 16 days as the league becomes the first to return to play in its home venues in the United States.

In addition to the previously announced games – including the broadcast on ESPN2 of Sunday night’s opening of Louisville City FC’s new $65 million Lynn Family Stadium against Pittsburgh Riverhounds SC –ESPN Deportes will air the clash between San Diego Loyal SC and Head Coach Landon Donovan and the LA Galaxy II on Sunday, July 19 at 10 p.m. ET, a matchup that sees the U.S. Soccer legend face the organization he won four MLS Cups with during his playing career for the first time.

Then on Sunday, July 26, Saint Louis FC and Indy Eleven will meet in a 5 p.m. ET kickoff at West Community Stadium on ESPN Deportes. With both teams set to battle Louisville City FC for the two positions in the playoffs in Group E, victory for either side would be a major step forward toward a top-two finish and a postseason berth.

Information on additional games to air on ESPN networks will be announced in the coming weeks. For complete information on the full 2020 USL Championship schedule, visit the league website.