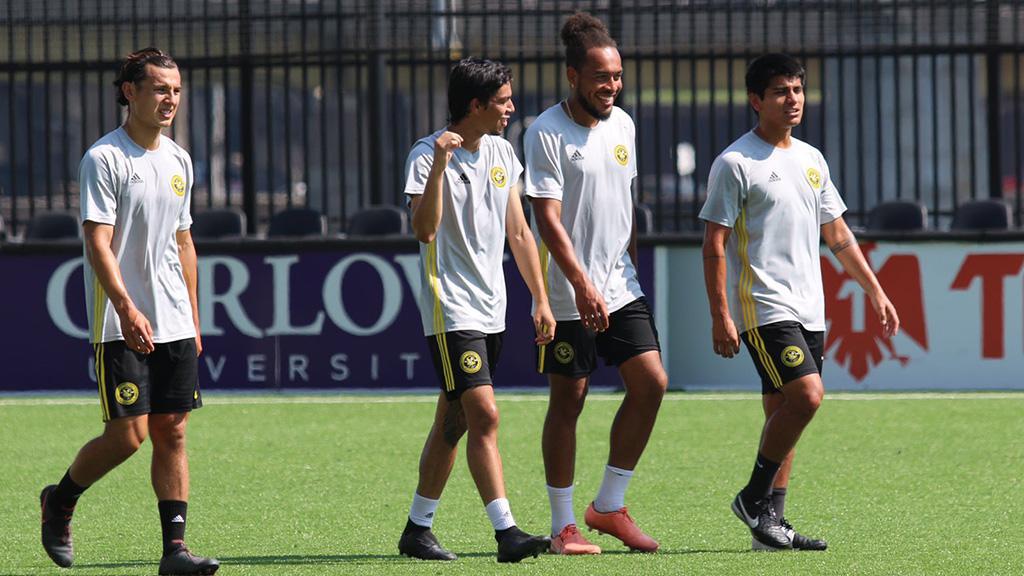 PITTSBURGH – The official opening of Louisville City FC’s Lynn Family Stadium is going to be the star attraction for viewers tuning into Sunday evening’s broadcast on ESPN2 and ESPN Deportes as the USL Championship returns to action this weekend, but Pittsburgh Riverhounds SC Head Coach Bob Lilley believes the platform is also going to be a great opportunity for his side as it makes its first appearance in club history on national television.

“I know our organization has worked really hard to get broadcasts out these past few years locally and give us the exposure,” Lilley said on Wednesday. “[Riverhounds SC owner] Tuffy’s [Shallenberger] been really proactive with that, and with some of the other sports teams and leagues – not just our teams in our markets, but leagues not playing – there’s a lot of attention for soccer in general and certainly our brand that we want to have a good showing.

The Hounds have certainly made their presence felt locally over the past two seasons, with sellout crowds welcoming the first three postseason contests at Highmark Stadium over the past two years. A winning product on the field has seen attendance increase, and the club has also become a fixture on local television with 11 of its 16 games scheduled to air on local television this season in addition to its national broadcast dates. 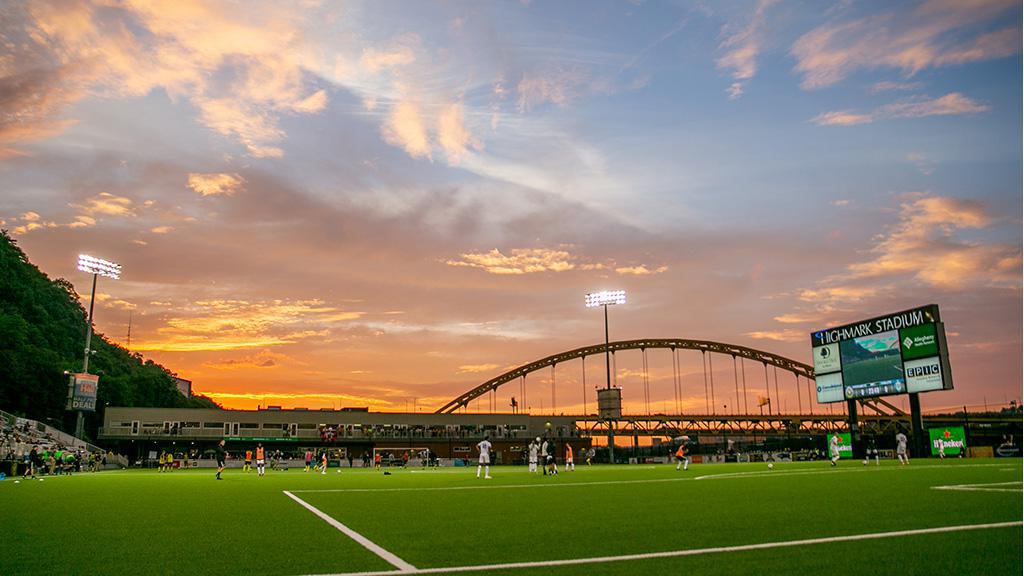 Since its opening in 2013, Pittsburgh's Highmark Stadium has provided one of the most memorable backdrops for professional soccer in the United States on the banks of the Monongahela River. | Photo courtesy Chris Cowger / Pittsburgh Riverhounds SC

The presence of Highmark Stadium has helped that progression, too. When it opened in 2013, it ushered in a new era for the Hounds as an organization and began a wave of new soccer-specific venues that have since opened throughout the Championship over the past seven years. LouCity’s new 15,304-seat stadium is raising the bar to a new level as it arrives, but Lilley believes the Hounds’ home still ranks among the best in the league.

“I think we still have one of the most unique stadiums and cool places to play,” said Lilley. “We see bigger and better all the time as markets are expanding the league, and we’ve added seats and there’s certainly room to do more of that. I think we’ve done a good job with our gameday product, and it’s our job to keep winning games, keep selling this place out as often as we can.

“I envision Highmark having to have its seating capacity increased sooner rather than later, or even at some point with the continued growth of our league hopefully, if this isn’t the exact place, then there’s going to be a bigger stadium down the road.”

While the national television spotlight is set to arrive at Highmark Stadium on July 22 when the Hounds host Indy Eleven in its 2020 home opener on ESPN2, the Hounds are looking forward to getting things going on the field this weekend.

Lilley believes the challenge of taking on LouCity as it makes its debut at its permanent home will be big for his side, but the potential it offers is an enticing prospect for him and his players.

“At some point, we’ve all been antsy to kind of be back with the opportunity to play,” said Lilley. “I think all of us staff, organizations and players are certainly want to be safe and have some of the concerns in the back of your mind, but I think there’s going to be a sense of, ‘OK, now it’s time,’ and there’s a lot of pent up energy. I’ll expect it’s going to be a big night.”