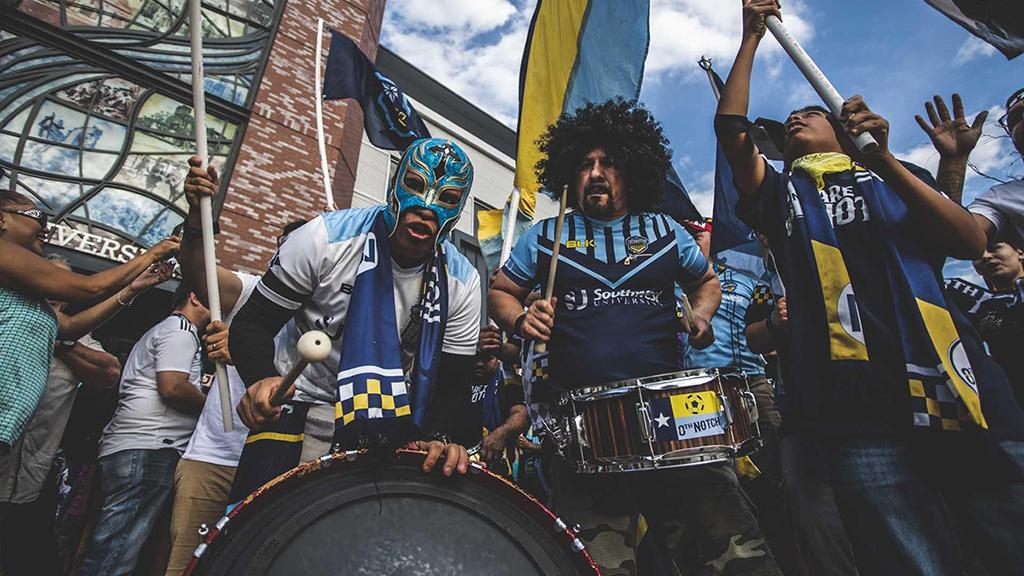 In his photography of El Paso Locomotive FC and its fans, Jorge Salgado has captures the ever-present grit and beauty within the one of the country’s most vibrant cultural centers.

In El Paso, Jorge Salgado needs no introduction. The Borderplex local is an immense talent, capturing the ever-present grit and beauty within one of the country’s most vibrant cultural centers.

For the first edition of the “The Experience”, we spoke with Jorge, who made it clear that the sport of soccer has a major influence on local culture. Through the lens of his camera, Jorge tells stories about the life of El Paso, Texas and Juarez, Mexico, two sister cities separated only by the border wall. In looking through Jorge’s catalog, though, it’s clear that soccer pays no attention to these physical barriers, choosing instead to build bridges – bringing people together from both communities in celebration of a common interest.

Recently, Jorge – who can be found pitch side, working for a local publication, at every El Paso Locomotive FC match –  was kind enough to take us through some of his favorite images, in his own words, from the club’s debut season. 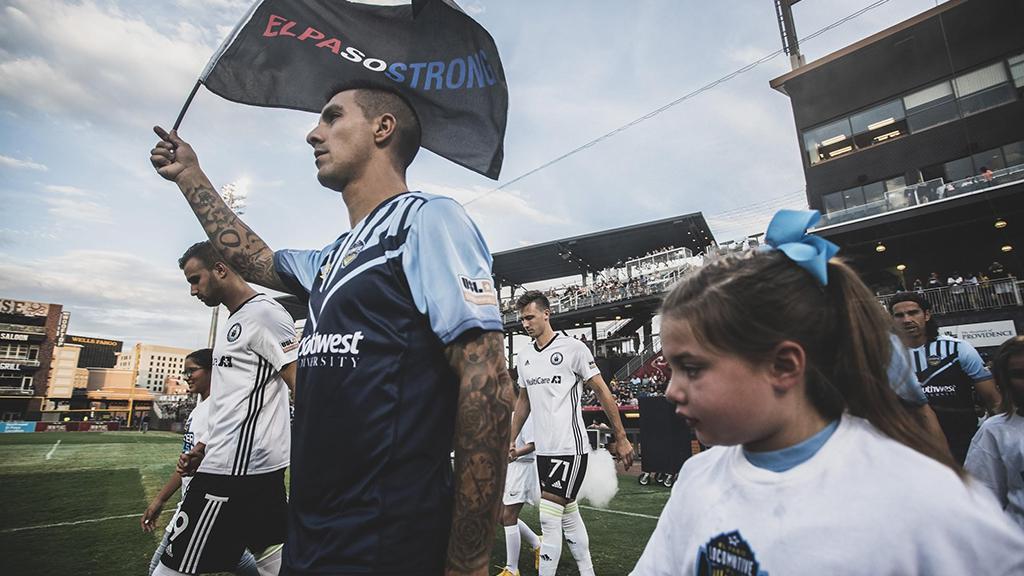 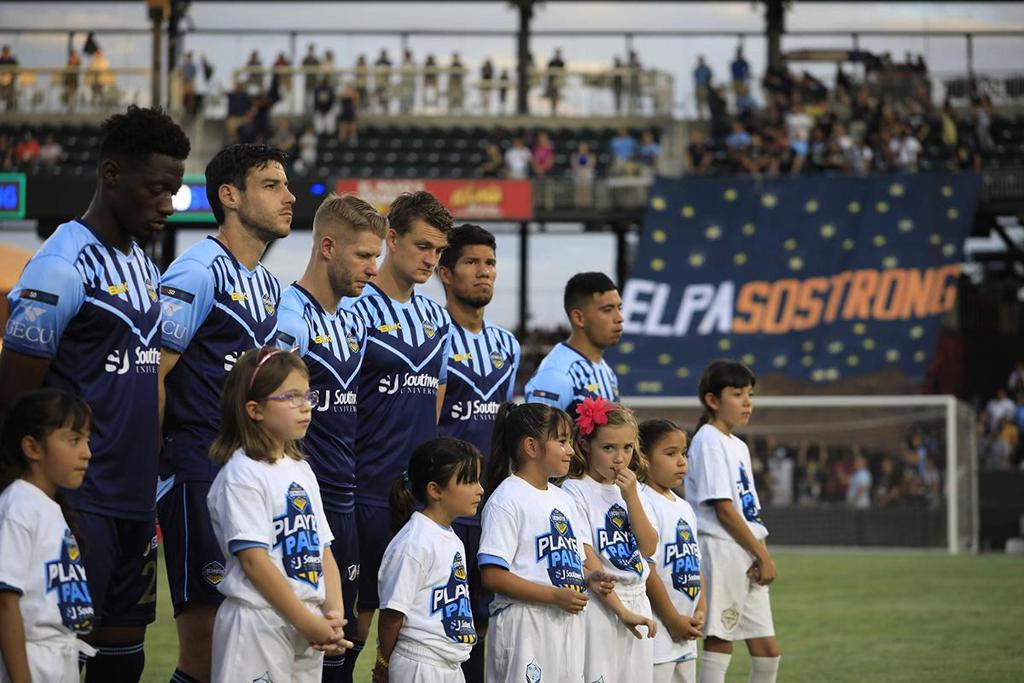 Jorge Salgado: This Locomotive game was the first home game following the tragic shooting at Walmart. In the aftermath, “El Paso Strong” immediately became the motto for a city that had seen an unthinkable act of terror. Oftentimes, I think we see sports as “just a game,” but sports are also promoting a sense of community, family and togetherness. The first game back was an important moment and show of strength by a community that’s built off resiliency and family. It was an opportunity for reflection and for 90 minutes, it gave an escape. 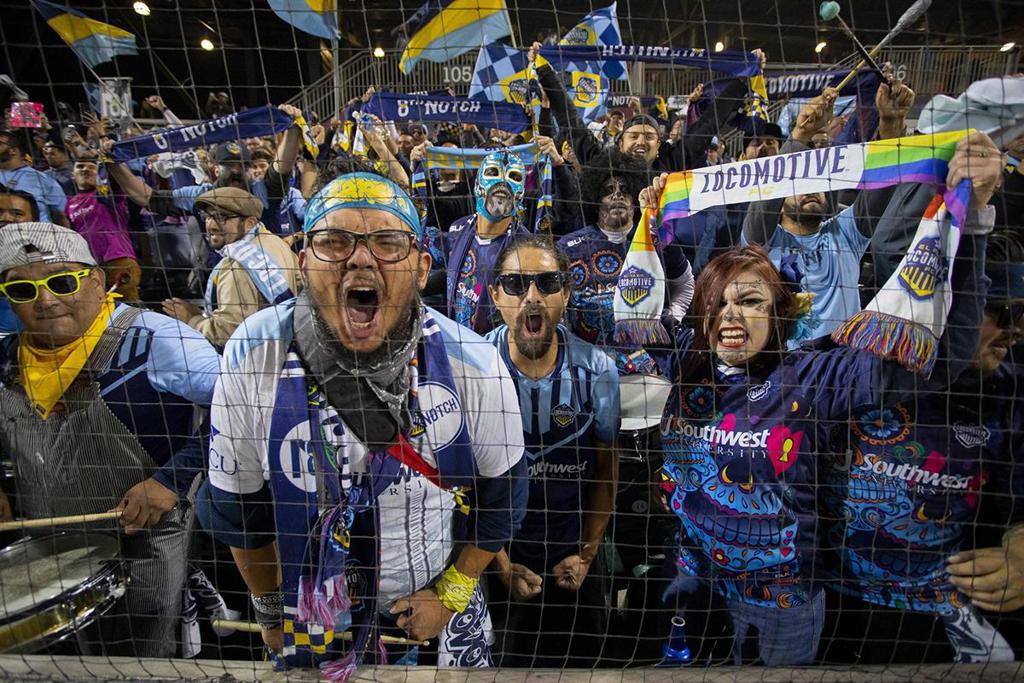 JS: Fans are the lifeblood of any sporting event. In El Paso, there’s an undeniable rapport and connection between 8th Notch and Locomotive players. They seem to feed off each other and there’s a palpable energy between the supporters and the team. Here you see them enjoying the franchise’s first home playoff win. It was similar to being between a musician and the fans at a concert. The only thing stopping the players from crowd surfing is the net. You can feel a mutual excitement between the supporters and players on a night like this. 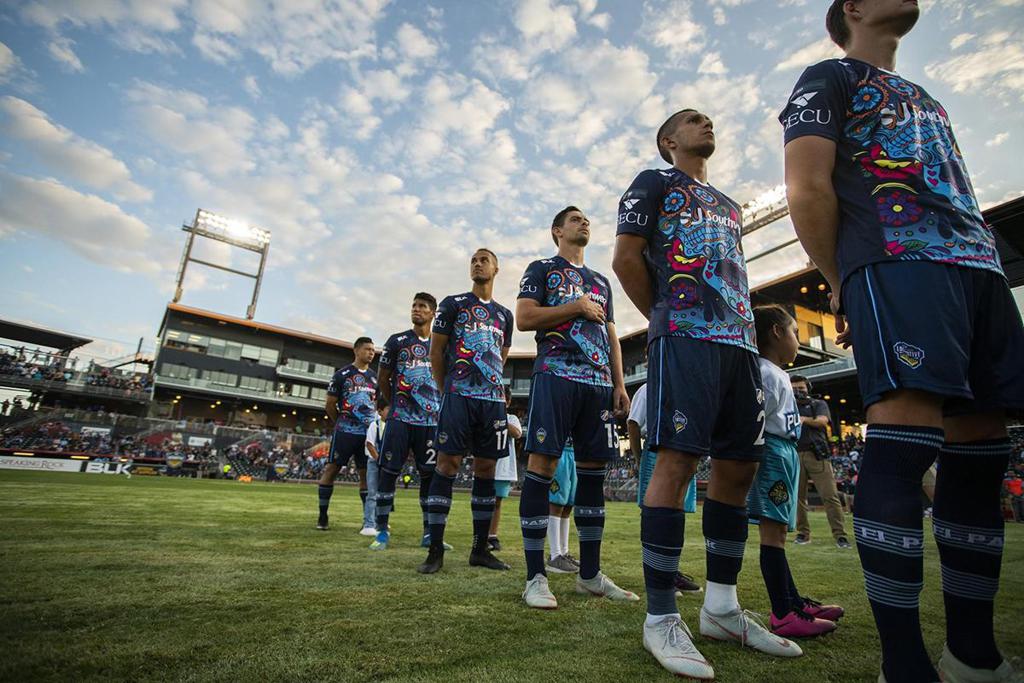 JS: Noche de Locos was a fun night honoring the community Locomotive is playing in. Mariachis played during pregame. The sky served as a beautiful backdrop for a memorable kit El Paso unveiled and a fun night on the pitch. 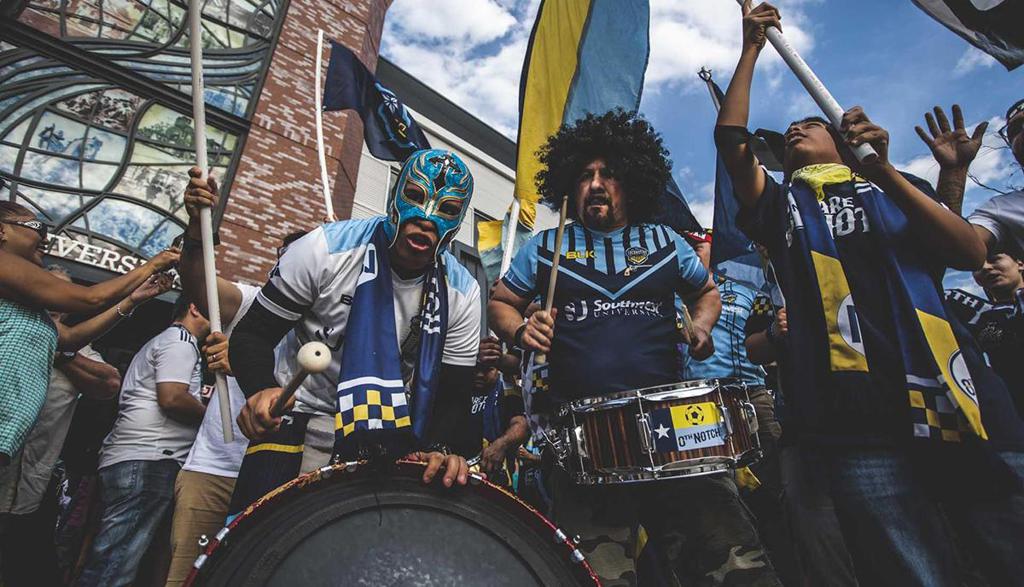 JS: 8th Notch always shows up ready to bring the energy for 90 minutes. Around the same time I’m walking into the stadium, they are marching around the stadium bringing the energy that only soccer matches can bring. As the photo shows, they’re also a fun group with lots of creativity and bring the ambiance required for a fun 90-minute match. 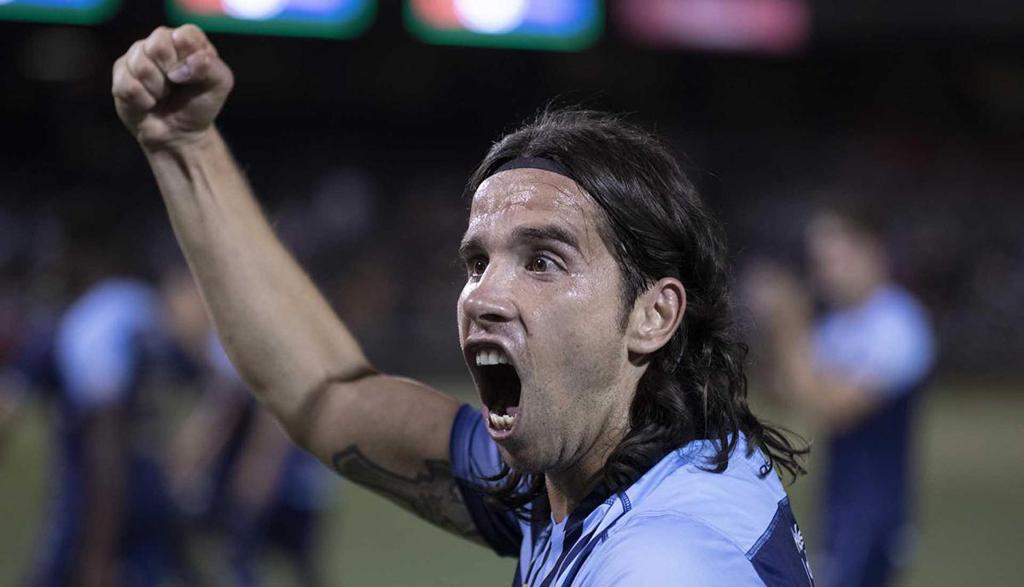 JS: This image hits on a few significant points for me. This being the first home game, and a win, following the August 3rd tragedy, there was a lot of emotion on and off the pitch. Yuma always wears his emotions on his sleeves and he was ready to celebrate with the crowd. That leads to the greater point of the players embracing the community from the time they arrived. Players were out in the community, setting up fundraising and speaking out on social media embracing a community that embraced them. 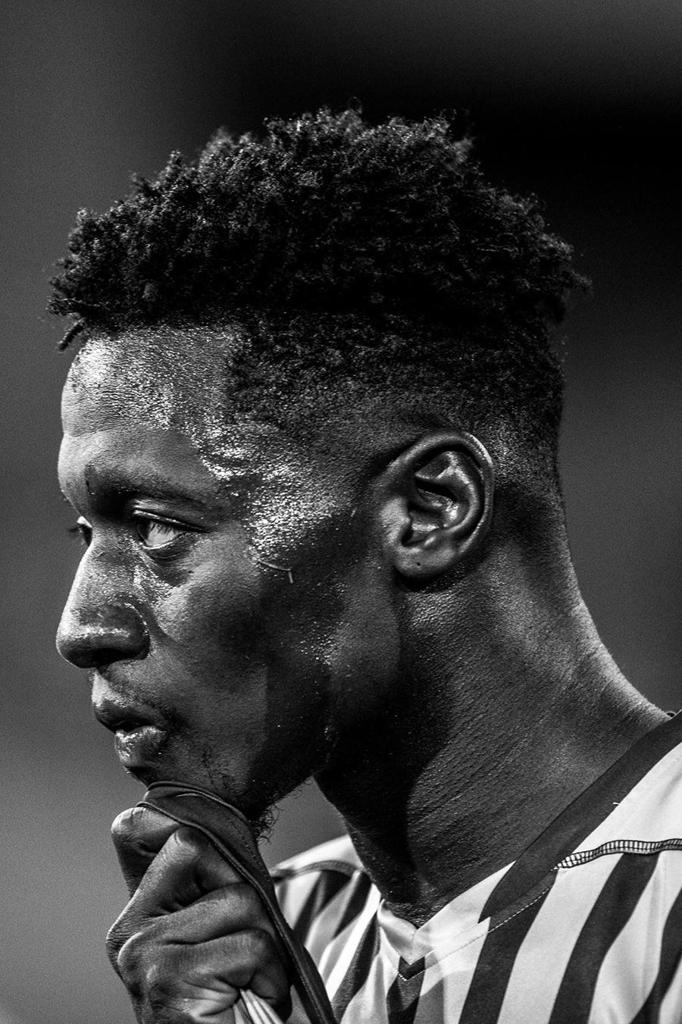 JS: Although action shots draw the most eyes, creating portraits during a game is a fun challenge. On one side, you can see the sweat coming off a player during a summer night late in the game. You can also see the focus and intensity during a battle. Summer nights in El Paso are still near triple-digit temperatures. 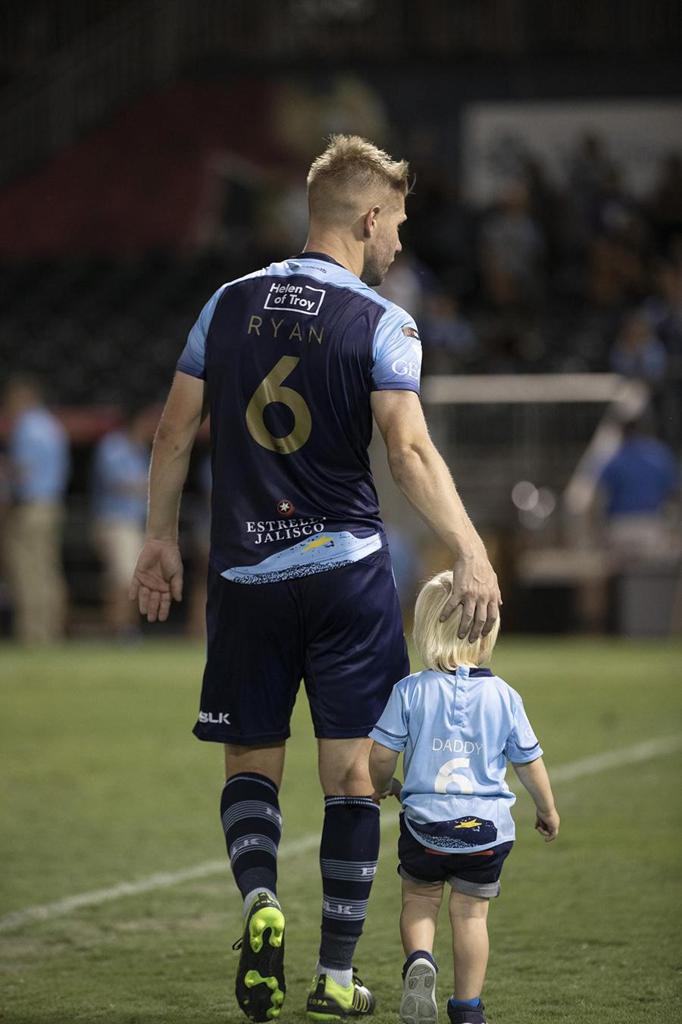 JS: On the other side, you see compassion after a game winds down. It’s pretty common to see kids on the field following a match. One of the things you admire covering a team for a season and becoming familiar with them, is seeing their character once the final whistle blows. For 90 minutes, you see them grind it out. A few minutes later, you see them be a dad, or a son, or a brother, and you see them communicating with fans and family members and become a part of a greater community. 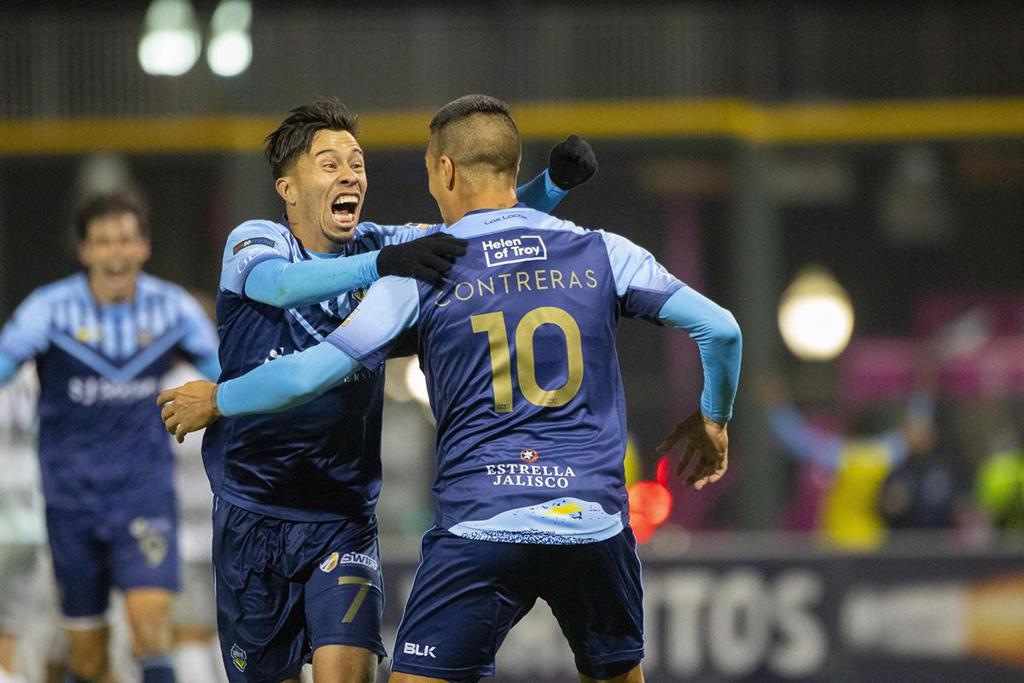 JS: During that same 3-0 playoff win, you could see the moments the players knew the win was getting closer. Following a goal in the second half, Sebastian Velasquez sprinted over to Sebastian Contreras and it felt like the celebration was on at that moment. Velasquez, who also embraced the community following the August 3 tragedy, was a leader and was charismatic all season. His energy was a fuel for the squad since the moment he stepped on the pitch. 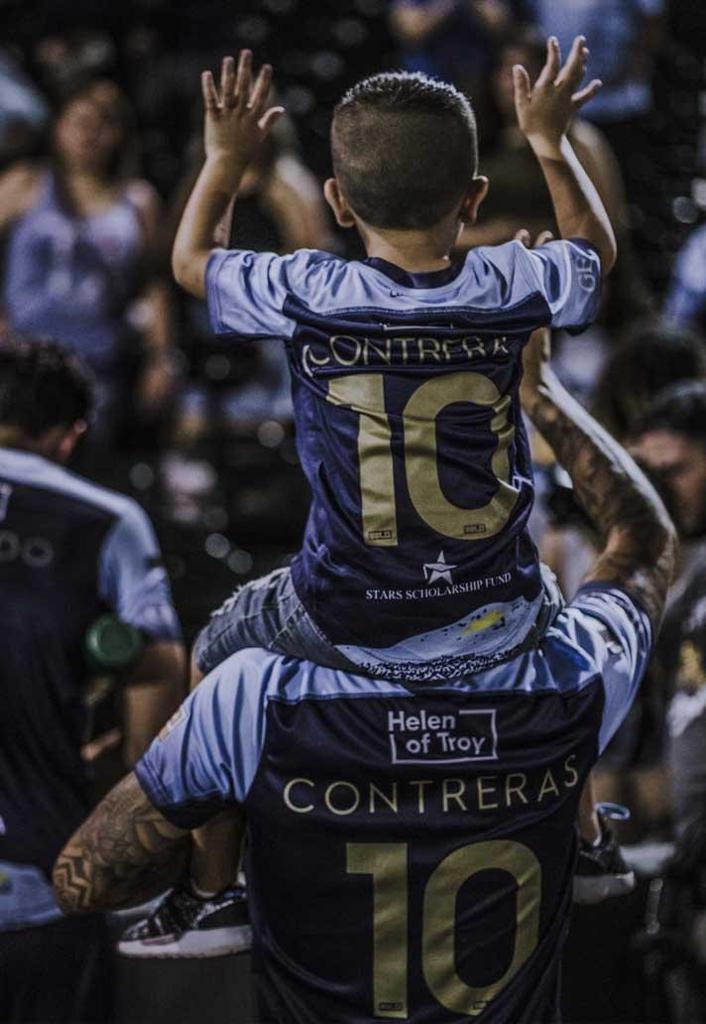 JS: Soccer has an uncanny ability to pass on tradition and passion. The first season in El Paso showed the foundation being set down for future success. When you get to cover a team closely, you see an organization not only looks for great athletes, but you also see that they work to develop great people. No matter the result, Locomotive players would stay on the pitch and thank fans. It’s beautiful to see moments and memories created between athletes, fans and future generations.